Today I made the trek from central Japan to the east coast of the United States. As one would expect when travelling from the far east to the west via the Pacific Ocean, the timezones jumped in such a way that a plane could depart from Tokyo at 5:55pm and land on the other side of the world an hour and a half before it left that very same day. So, in addition to the sunrise I witnessed in Japan, there was this gem taken from 10km above Alaska:

With views like this to witness, the lack of sleep during the flight was almost worth it.

How much of the Rose-Coloured Lenses effect alter our perception of our past selves? This is a question I've considered over the last few months as distinct signs of the ageing process are making themselves known in an unmistakeable fashion. Interestingly enough I don't suffer much from joint pain or muscle spasms like friends in the same age bracket, but I have noticed that my eyes just aren't what they used to be, and my skin has clearly gone from being smooth as silk to having the same texture as my father's when he was in his early 30s. Ultimately, I don't mind the idea of ageing, as it's no more preventable than taxes or Cupid's Arrow, but I do wonder what the future has in store.

The four parts of my body that I cherish more than any other are my brain, eyes, hands, and ears. Of course I like plenty parts of the body and the wonderful things they allow, but the four above are the most important as they allow me to learn, to create, and to communicate. I remember when I was in my late teens I had a near photographic memory and could instantly recall details about any day just by looking at a calendar. That awful trait has long since disappeared, though I do still remember everything I know1. Memories are cloudier now, and some parts are just plain absent for any number of reasons. Information overload perhaps, a bad night's sleep could also be the reason. Regardless, the mind is clearly showing signs of age when it comes to speed and clarity, though it's still flexible enough to acquire and hone new skills as well as remember all the mundane details of a news story for later.

My hands are quite the anomaly. Unlike many of the people I've met who have used computers extensively for years, I've yet to experience any sort of RSI2. A lot of this might have to do with the posture I try to keep when using computers (and phones), and a lot of this might have to do with the frequency of switching between a keyboard and a pen. Believe it or not, there are a lot of things that pen and paper just does better, and I'm more than willing to use a nice pen on 80lb. paper to record some thoughts. My ridiculous keyboard expectations may also have played a role in this, as I simply refuse to use an uncomfortable keyboard for more than 30 seconds. Aside from a brief period a few years ago when I had the strangest feeling of unfamiliarity with this part of my body, my hands have been remarkably reliable and ready to work.

People often say that hearing is one of the first senses we start to lose, and this is certainly the case with me. While I do make efforts to use ever-better audio equipment to better hear the media I enjoy, Tinnitus is something I've struggled with for years. Luckily, the problem really only manifests while under extreme stress. Ultimately, the ears are pretty decent and I'm still able to enjoy music from Mike Oldfield and Alan Parson.

One might say that time has been kind to this body, but vision is something that seems to be deteriorating in interesting — and upsetting — ways.

In my youth I could catch a fast-moving baseball that was obscured by a blindingly-bright sun without any problem. Now, simply walking Nozomi towards the sunset will result in dark spots in my vision for several minutes, obscuring whatever might be in front of my face. While attending university in my late teens, it was easy to spot an approaching bus 3 kilometres down the street. Now I'm lucky to identify the city vehicle at 1,000 metres. Low resolution computer displays were at one time quite acceptable. Now I can't stand to even look at the things for more than a few minutes before the pixellation and poor colour reproduction has me wanting to throw the device out the nearest window. What's worse, in my teens and 20s I would enjoy walking around at night with no lights on in the house save for a few LEDs from devices here and there. That was sufficient to not bump into furniture and find all the door knobs in silence. Now I need a 5-watt bulb to shine at least a little light in an area for me to be remotely useful. In the kitchen it's even worse, as I now need to have 60 watts erupting from two fixtures in order to find anything that is even remotely colour coded.

To say it's frustrating would be selling it short, but this is to be expected. As we age, our senses begin to deteriorate and our bodies follow suit.

Mind you, this isn't post isn't a complaint or a lamentation for a youthful body that would be taken for granted. No. These are simply the observations that I've been making over the last few months as it becomes increasingly apparent that, for better or for worse, I am not a kid anymore.

At work the managers around me are all roughly the same age. While I have no interest in being a manager at this point, there's no denying that the chair will eventually be pulled out for me. Executives are no longer two or three times my age, but 10 and 15 years older. New recruits no longer use the same slang or understand the same pop culture references. Heck, some of them are half my age! For so much of my career, I've often seen myself as the youngest person in a room. This is clearly no longer the case. Nearly a decade of working in a classroom has resulted in a brown head of hair seeing hints of silver, and a dark blonde beard turn golden3.

I guess this is what middle age feels like. Considering all the complaints my parents had about their bodies when they were younger than I am now, there really isn't much to complain about. Heck, I'm downright thankful that I'm still in relatively good health and able to take on all the challenges that come my way. Hopefully the next few years will be just as painless.

A Time to Unwind

Japan is celebrating it's only holiday in October with a good bit of warm weather and autumn festivals all over the country. After the ridiculous 42° temperatures this past summer, an afternoon in the high 20s is more than welcome. Yet, despite the changing seasons, one item that tends to be as constant as the northern star is the incessant march of time. As someone who works within a highly variable and tightly regimented schedule, I check my wrist every few minutes to ensure I am not late for any item on the daily agenda. This is one of the reasons I have a watch … and it's one of the reasons I took the watch off for the weekend.

My father gave me a watch on my 9th birthday, after I proved that I could read an analogue clock without help. That was over 25 years ago and, aside from a few days here and there, a watch has been a regular tool I've come to rely on. With a nice timepiece only a glance away, it's easy to become preoccupied with the concept of time and the multitude of commitments we have. Being consistently on time for events is a good thing, but it comes with a very high price; stress.

People who must regularly be at a specific place1 at a specific time for a specific task typically complain about chest pains after a few years. This is what I struggle with six days a week. Some days are better than others, but the tension is always there. In my mind I am thinking about the time and wondering what should I be doing right now? and do I have enough time to work on X, Y, or Z?. It's an unhealthy fixation.

Oddly enough, the easiest way to resolve this is to take the watch off. Although there are clocks on the wall and just about every digital screen I encounter, these devices are not considered trustworthy sources of information when it comes to "time". Only a wristwatch fits this bill.

The weekend is now at a close, and the watch will soon return to my wrist. I think it'll come off next weekend, though. 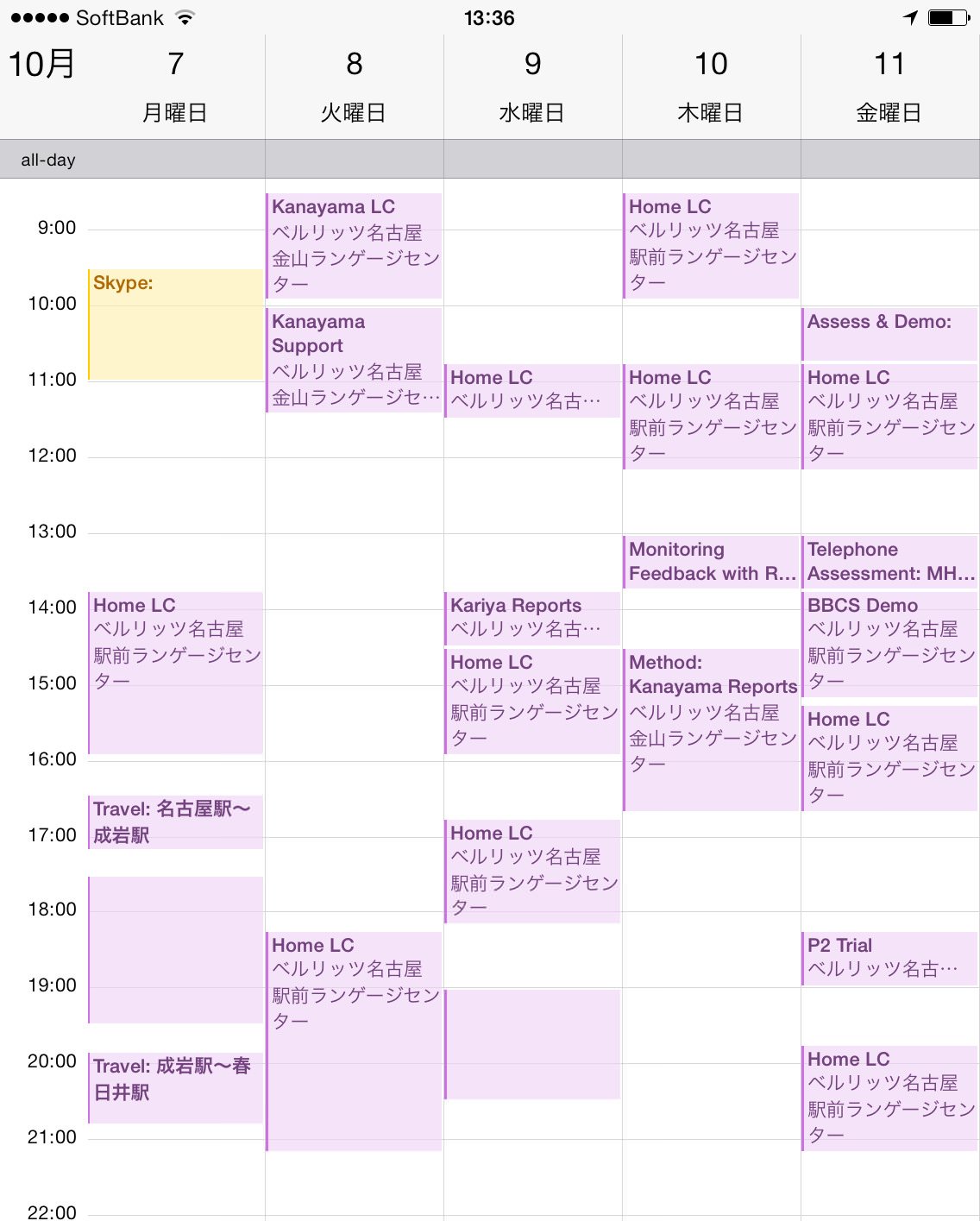