This morning I awoke to discover that Apple had released the iMac Pro to the world. Product leaks and rumours aplenty let me know generally what would be offered under the hood, but I was more interested in what a decently-configured machine might actually cost. My next machine will most likely be a desktop1 and, while the purchase of a new machine isn't something I can afford right away given the recent mortgage, having a general idea of how much one needs to save is a good idea.

That said, the sticker price was just a bit higher than I was expecting.

On the left is a really nice iMac, and on the right is a decently mid-level iMac Pro. Both of these units are way out of my price range, and one just hurts to look at. It's true that the iMac is using consumer-grade notebook components behind the glass compared to the mobile workstation-class hardware that powers the more professional device, but I wonder if I would ever really need that sort of power. All of my notebooks since 2010 have been powered by Core i5 processors aside from a Lenovo supplied by the day job. While these machines are not the fastest, they can typically keep up with me without breaking a sweat … which means I actually have a good idea of what sort of machine I will not be considering for my next computer purchase. And this is a good thing.

The iMac Pro is certainly an exciting bit of kit, and it would likely last a good seven or eight years before feeling long in the tooth. My current MacBook Pro is reaching 3 years2 in its five year expected cycle. A regular iMac should be sufficient. The model in the picture above is certainly nice but, if I'm completely honest with myself, I could be quite content with something simpler. 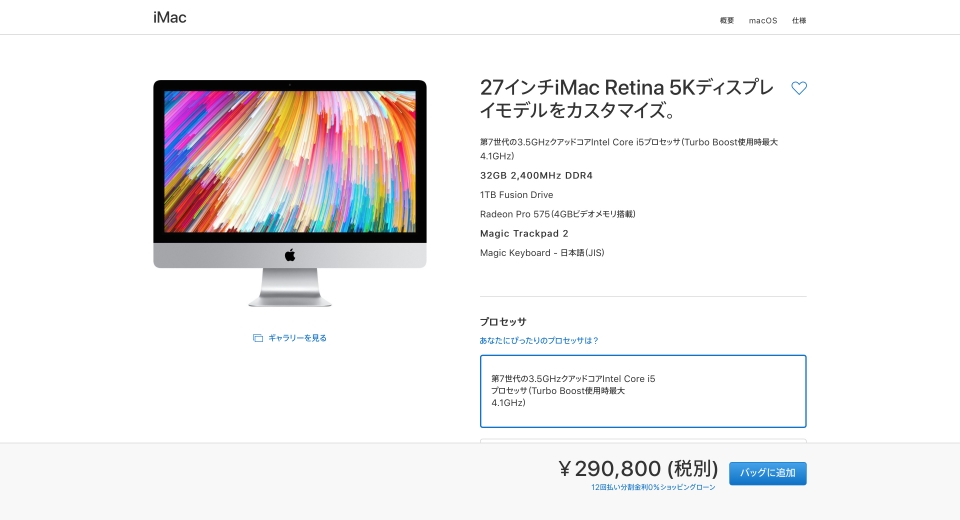 Something like this, with it's ample memory and a decent amount of local storage, would give me at least half a decade. Heck, even at the day job I'd be content with a humbler iMac over the Pro. There are likely a lot of other people who could make better use of a Xeon processor and ECC RAM than I.

I'm tired of buying new computers every few years.  Seriously.  After using an HP zt3000 for over five years with heavy usage and only minor repairs here and there, I've reached an epiphany: I don't want to maintain the consumerist cycle of buying a computer and then lusting for something newer only six months later.

At the end of 2003 I bought a HP Pavilion notebook and gave it an estimated lifespan of three years.  By that time in my life I was upgrading or replacing computers just about every twelve months.  The notebook was not a top of the line model, but it certainly had all of the bells and whistles I needed and then some.  Last week it was finally retired and delivered to its new owner, who will undoubtedly put it to good use for another few years.  If the computer was so great, why did I get rid of it, you ask? Because I couldn't easily get the replacement parts it desperately needed shipped to Japan.

For the last year that computer has been acting more as a server than a computer, sharing files, running databases, and providing a number of services across multiple networks.  To replace that notebook I was fortunate enough to get my hands on a nice Acer AspireOne netbook.  It would travel with me to and from work, serve as a development computer, and keep me entertained during my lunch breaks when I'd want to watch some American Dad or Family Guy.  All in all, it's been a great little machine.  But now it's replaced the old HP to act as the network server at home.

Which leaves me with a very, very, slow computer provided by my employer.  I've been promised a faster one but, like everything in life, I won't hold my breath for anything exciting.

That said, I am still looking at new notebook computers.  They've come down so much in price, and their reliability has skyrocketed when compared to the systems from a decade ago.  I've been reading sites like Engadget for years, and the models that HP plans to release this year look outright exciting.  Fast systems, sleek designs, and relatively decent prices.  I'd be a fool not to take advantage of this, right?

But there's that problem again; I don't want to buy a computer now only to replace it in a year, or two years, or even five years.  I want my next computer to last at least 15 years.  Yes, that's right: fifteen whole years.

My favorite computer was able to keep up with me for over two thousand days and across two continents with only occasional maintenance.  The keyboard was replaced twice, the DVD burner once, and that's about it.  Heck, if it were possible to order a Japanese keyboard for that system, I'd probably still be using it full time today and finding other ways to fix the other problems that have cropped up recently.  So, if a machine developed in 2002 and manufactured in 2003 could perform so well, shouldn't today's systems be able to provide even greater reliability?

Thinking About the Future 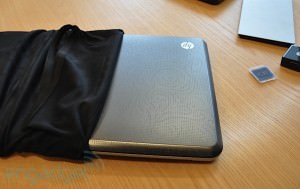 But what would a computer that could serve me well the next fifteen years look like?  Well, it would need to have a 64-bit processor to start, so that means using one of the newer Intel or AMD multi-core chips.  On top of that, it would need to have a really good video card.  With the number of high definition video codecs we have, a slower video card would begin to degrade the performance of a system very quickly.  In addition to this, it would need to have the ability to handle what we would think of today as an excessive amount of RAM … somewhere between 6 and 8 gigabytes in total.  I'd only have two or three to start, but it would be nice to upgrade in the future as new operating systems and software packages become available to use it.

Screen size will play an important role, too.  I'm not getting any younger.  As it is, staring at a smaller 12.1" screen is not quite what I'd like to do all day long.  So something around 15.4" would be in order, and it would need to support WSXGA+ resolutions or higher.  None of this WXGA garbage that's permeating the market.  When my eyesight begins to deteriorate, then I'll think about reducing the resolution.  Until then, I want as much screen real estate as possible in a mostly portable package.

Which brings me to the next problem: the battery.

I want a system that can go a long time between charges.  I'm talking about 12 and 14 hour days (under maximum power savings).  Since I rarely use an optical drive, that should be swappable with a secondary (or tertiary) battery or some other future device that we've only read about on the gadget sites.  Sure, the system will be a little on the heavy side, but I'm willing to carry a 4 kg system for a decade if it can provide me the things I need to be productive regardless whether I'm stuffed on an over-crowded Shinkansen or sitting comfortably at a coffee table.

Naturally, every machine needs to have regular maintenance.  Anyone who's known me or read this site for any amount of time will know that I'm big on maintaining computers.  So, if I were to buy a long-lasting computer, I'd want to ensure that I could get parts for it when the time comes to swap defective components.  If this isn't possible, then at the very least I'd want the manufacturer to tell me when they'll stop carrying parts so that I can order some spare keyboards and other common points of failure in advance of a break-down.

When people buy a wrench, they don't expect to replace it every two or three years.  They expect it to last a lifetime and then some.  I know people back in Canada who have toolboxes full of equipment their grandfathers handed down.  So, while it might not be realistic to expect a computer to be useful after a century, isn't it time we begin to ask our electronics to perform a little longer?

What's your take on this?  Would you want to use the same computer for five, ten, or fifteen years?  Considering how the technology world seems to be in flux between ease of use and portability, is this even possible right now?  I'd love to hear your thoughts.