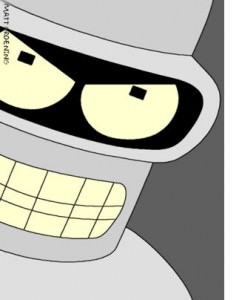 If you had the time and money to start a new hobby, what would it be?  Would you pick up a sport? Start riding horses? Buy a rocket and explore space? Thanks to the incredible amount of down-time people have in industrialized nations, hobbies have gone from being a fleeting pastime to an absolute necessity in order to remain sane.

Over the years I've picked up quite a few hobbies including writing and studying various sciences including astrology and physics, but lately I've been thinking more and more about something new: robotics.

Robotics is something that I've been interested in since I was a child, but haven't had the opportunity to really work on the types of projects I'd like to embark on.  There was a robotics club at university but, due to internal politics, it was almost impossible to accomplish anything worthwhile.  With the proper tools, what I'd really like to sink my teeth in to are three nice projects:

Each one of these projects would come with a huge number of hurdles, especially that last one.  However, each project would also allow me to flex some programming muscles while simultaneously learning something new.  It should be a win-win!

Building robots is not a cheap endeavor.  Lego has a great little kit called MindStorms NXT 2.0 which sells for about 40,000円 on Amazon, but it's not something most (married) people can easily justify spending money on. As a result my little projects will likely need to wait another few years before they can come to fruition. If the Mrs. and I have kids in the future then it will be much easier to disguise Lego as a gift for the little one while simultaneously acting as a father-child bonding mechanism.

Well … that's all I have to say on the topic. What hobby would you pick up?