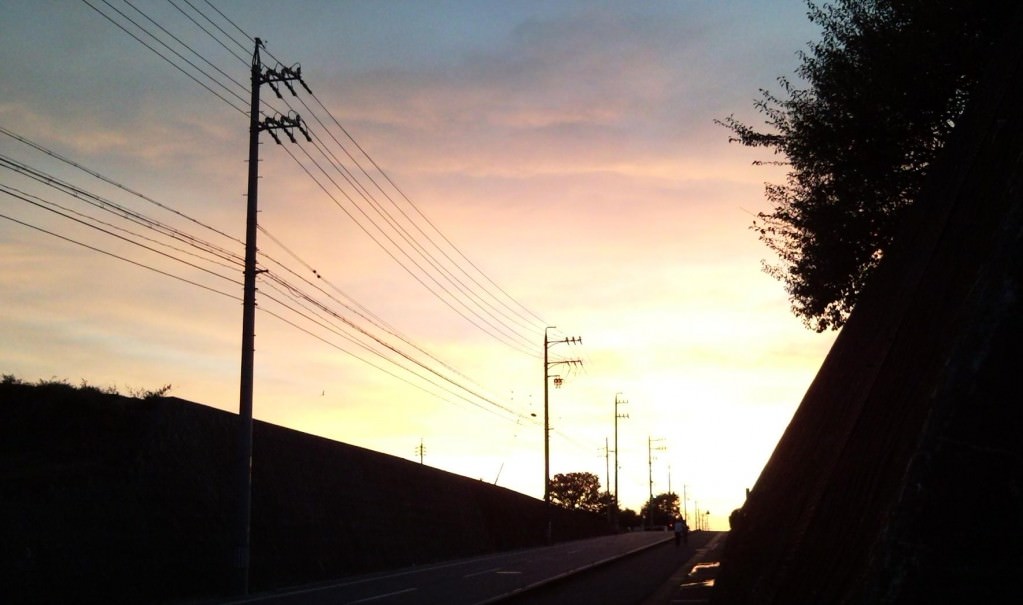 The Mrs. and I were making our regular trek around the neighborhood when this lovely image came into view.  Oddly enough, my cell phone was able to take this shot without turning out horrendously off color or out of focus.  Oh, to have a cell phone with a camera capable of clear shots in low light conditions….

Looking Outside My Window

Shane from The Nihon Sun has recently asked people living in Japan to take a picture of what's outside their window in an attempt to get a look at "real Japan," rather than just the temples and tourist hot-spots that so many people tend to post. I think this is a great idea and, so long as it doesn't take on one of the same kind of rhetoric that Palin tried with that "Real America" line of bull, then it'll be a great opportunity to see just how similar Japan is to the rest of the world when it comes to neighbourhood scenery. 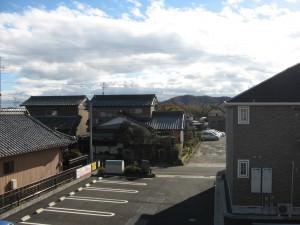 Here is a picture from the back window. If you look close, you can actually see title="j2fi.net | My Neighbour, the Ninja" href="https://matigo.ca/2008/11/17/my-neighbour-the-ninja/" target="_self">the ninja is outside smoking. I should also mention that if the camera was facing just a little more left, you'd see Inuyama Castle. It's not in the picture, though, as it's a touristy location :P

Click on the image to view all six megapixels of Ninja-hiding graphics.

Behind the houses is the Meitetsu Inuyama train line. Because it's a nice day today, there are quite a few train enthusiasts walking around back there to get some really clear photos with their professional-grade digital cameras. It's a shame that the trains on Sunday are always so worn out and dirty, though. 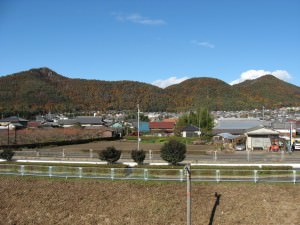 From the moment Reiko and I first considered our home, I had always enjoyed the view from outside the front windows. Unspoiled mountains interspersed with some hydro-electric towers, and a heap of densely packed homes full of families. What's not to like about this part of the prefecture?

The pole that you see coming up from the bottom is right next to the JR Kakamigahara train line. Yes, that's right. My home is between both the JR and the Meitetsu train lines. What I like about this setup is that our home is tested for earthquakes every three to seven minutes. Should we ever have a really big quake, I won't have to ask if there is still a home waiting for me after work.

I considered posting this picture but, if I did, then Nick would probably know exactly where I lived and my comfortable anonymity would be lost forever!

Seriously though … we should really get together for that coffee one weekend, Nick 😕