@JeremyCherfas yet you shared a link, so there must be something of value … like how TMS has a new iMac. What sort of specs did she go with?

Also, now that I am using a quotation to grab a bit of your post, I'm seeing that I must find a way to better deal with links that do not contain a description attribute in the <head>. Also, your HTML is malformed in that it has <head> twice … and </head> once 🤔

You forgot to say how bad it really was.

I don't think it was bad. I've listened to a lot of podcasts over the years that have been much harder to understand. On a scale of Asymco to 99% Invisible, I'd put the audio quality somewhere around "like listening to a phone call" which, for many people, is just fine.

There's no doubt in my mind that you could fix it up in less than an hour and put out something of much greater audio fidelity and quality. However, looking at how things on micro.blog are generally done, the effort would likely go unnoticed by many …

You forgot to say how bad it really was.

“Isolated in the Grenadines avoiding the virus,” the billionaire, 77, said in an Instagram post. “I’m hoping everybody is staying safe.”

The photos of his luxury confinement aboard the 454-foot Rising Sun, one of the world’s biggest private vessels, triggered an immediate social-media backlash over the weekend.

The billionaire in question is David Geffen. He’s a self-made billionaire and philanthropist who started a lot of entertainment companies that did things a lot of people have loved. Why give the guy a hard time because he has the means to isolate himself on a nice boat?

What I see online isn’t a “war against the rich”, but a bunch of pissing and moaning about competence. His parents were immigrants. He barely finished high school. It's not like the guy was born into his wealth. He earned it.

Can you imagine if people in North Korea gave any one of us a hard time because we have electricity 24 hours a day? Or because we can afford to eat just about whatever we want, whenever we want?

An 18-year-old McDonald's employee who said she had the coronavirus, causing the Rymal Road East location where she worked to shut down last week and her co-workers to self-isolate was a faker, Hamilton police say.

Police say it was all to get out of work.

On March 23 police were tipped from Hamilton Public Health Services about an individual who had created a fake physician's note with fraudulent medical information about testing positive for COVID-19.

That 18 year old will hopefully learn from this that “words mean things”. This is something I have tried to help people understand for decades. Words. Mean. Things. Don’t fuck with them.

The International Olympic Committee has decided to postpone the 2020 Tokyo Games because of the coronavirus pandemic, IOC member Dick Pound said on Monday, as a window slowly began to open that would allow the showcase to be staged next year.

This is inaccurate. Sponsors were starting to pull out and I’m willing to bet CocaCola’s recent Olympic commercial stoppage has sent a very clear message.

“On the basis of the information the IOC has, postponement has been decided,” Pound said in newspaper USA Today.

Yeah, the money is drying up.

Japan and the IOC have said calling off the games entirely is not an option.

The amount invested by the Japanese tax payers into these games is already $107 USD per resident. Yeah … the government isn’t willing to lose a re-election by letting the opposition run with that tidbit.

Pound said a large number of stakeholders from the organizing committee, to athletes to broadcasters and sporting federations would all need to be consulted before a plan could be finalized but there were early signs of a willingness to accommodate a 2021 Summer Games.

They can coordinate that in a matter of months? Interesting.

Japanese authorities seemed to be bowing to the inevitable, despite the losses and logistics headaches it would entail.

The last time the Japanese authorities bowed to the inevitable, WWII came to an end.

Chinese Foreign Ministry spokesman Zhao Lijian, asked in a briefing this week about the terms “Wuhan virus” or “China virus,” said it was “highly irresponsible” for media to use them. […] “By calling it ‘China virus’ and thus suggesting its origin without any supporting facts or evidence, some media clearly want China to take the blame and their ulterior motives are laid bare. The epidemic is a global challenge,” he said.

Zhao insisted that no conclusion has been made on whether the virus originated in China.

Uh huh. By the by, I have a bridge in Shanghai the CCP might be interested in buying 🙄 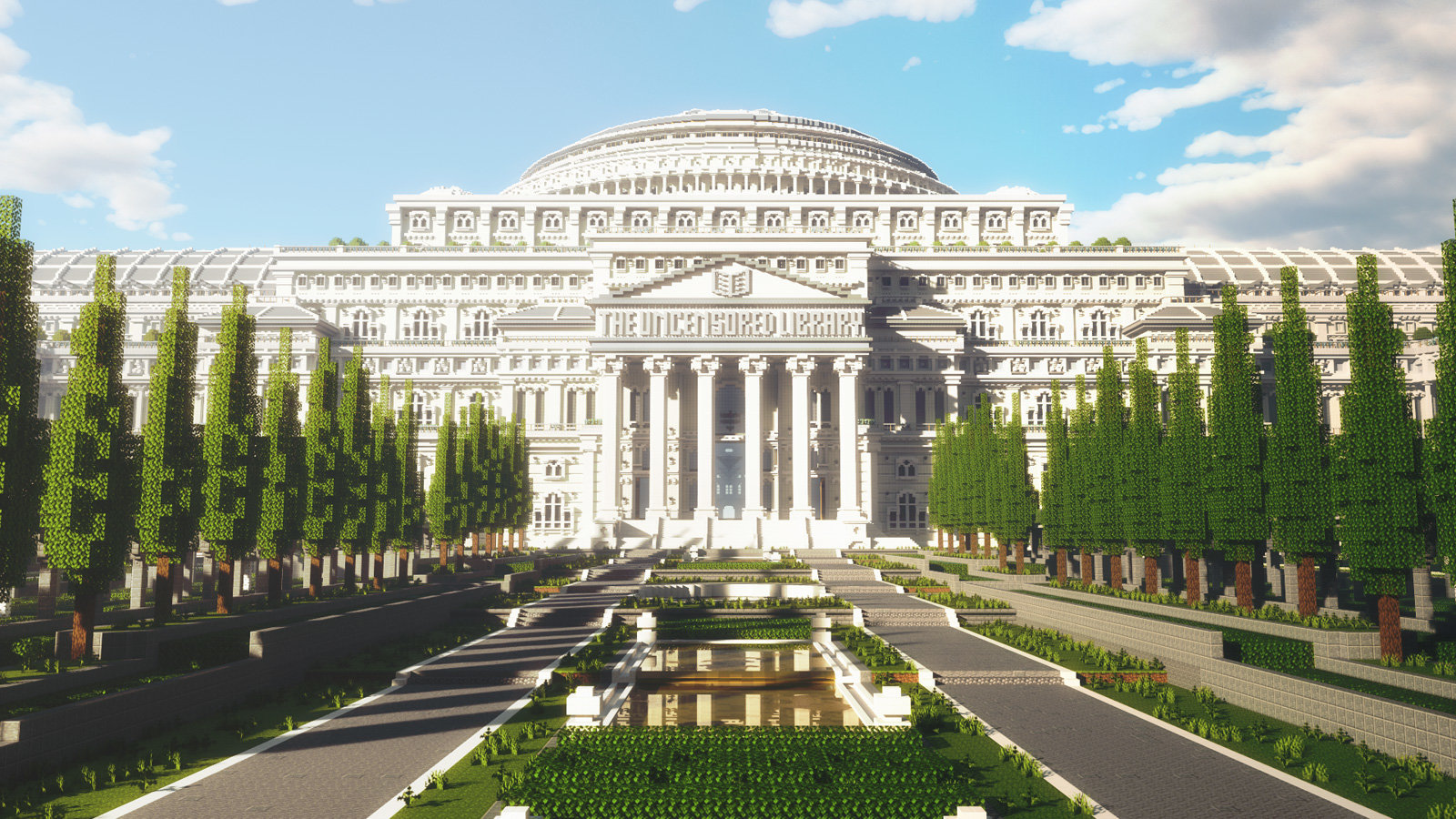 [Reporters Without Borders] has worked with BlockWords and MediaMonks on the Uncensored Library, a Minecraft map that includes articles from journalists and sites whose work is frequently censored for its unflattering truths. You'll find articles from murdered Saudi Arabian journalist Jamal Khashoggi, the activist-friendly Russian site Grani.ru and the Egyptian anti-corruption outlet Mada Masr, among others.

This is an interesting way to communicate across borders and past firewalls, but I wonder if anybody vets the information provided. The great thing about real libraries is that there are librarians who can help a person determine whether something is accurate or spin. Free-for-all posting, as seen on most social spaces since BBSes and earlier, result in a whole bunch of imaginary “truths” being generated and passed off as fact.

For the first time in history the Japan High School Baseball Federation has canceled the national invitational tournament, due to coronavirus fears. […] It is the first time since its establishment in 1924 that a senbatsu tournament at Koshien Stadium in Nishinomiya, Hyogo Prefecture, will not be held as scheduled.

Oh, wow. This is big. The senbatsu tournament at Koshien is something that kids prepare for from the age of six, if not younger. Boys will plan which schools they attend, which clubs they’ll join, and even which friends they’ll have in order to play at this hallowed field. For it to be cancelled … we’ll … a lot of kids will be crying 😑

BBC Studios is the next to pour money into Pocket Casts

Now, with BBC Studios' investment, Pocket Casts continues to differentiate itself as a global audio platform focused on independent voices, supporting producers and preserving the intimacy of the medium.

As a person who has used PocketCasts exclusively for 4+ years, how exactly are they “supporting producers”? How are they “preserving the intimacy”? I know it’s just press release talk, which is essentially the same as throwing a bunch of adjectives in the air and pairing them with whatever noun card on the ground they happen to land on, but still. PocketCasts has done nothing to make discovery any easier.

BBC Studios is the next to pour money into Pocket Casts

More serious than what he did a few weeks back to a high-ranking official who came back from China then used a public bath? That guy was executed despite being clear of infection …