For much of the past few months I've been investing a great deal of time in power walking. The pedestrian paths that surround the local neighbourhoods are excellent resources for people who want to move about by foot or bicycle without worrying too much about motor traffic. Not only are these routes paved, but they have a great number of hills and slopes that allow a person to really work up a sweat while burning some calories. My goal is to get outside twice a day and cover about 12 kilometres; a little more than five in the morning, and around seven in the evening. The purpose is simple: to drop my body weight to 80 kilograms or less.

This exercise plan was first put into place around the end of April, when the weather was still quite enjoyable. The air was cool. The insects were few. The step count was plenty. By the end of May the morning trek was extended to just over seven kilometres in an effort to consume more calories and enjoy just a little more time outdoors before the summer heat would force a shorter course. Ignoring June1, July saw a lot of progress towards shorter kilometre and longer distances. By all metrics, I am burning thousands of additional calories per week via these power walks and couldn't be happier with the numbers. 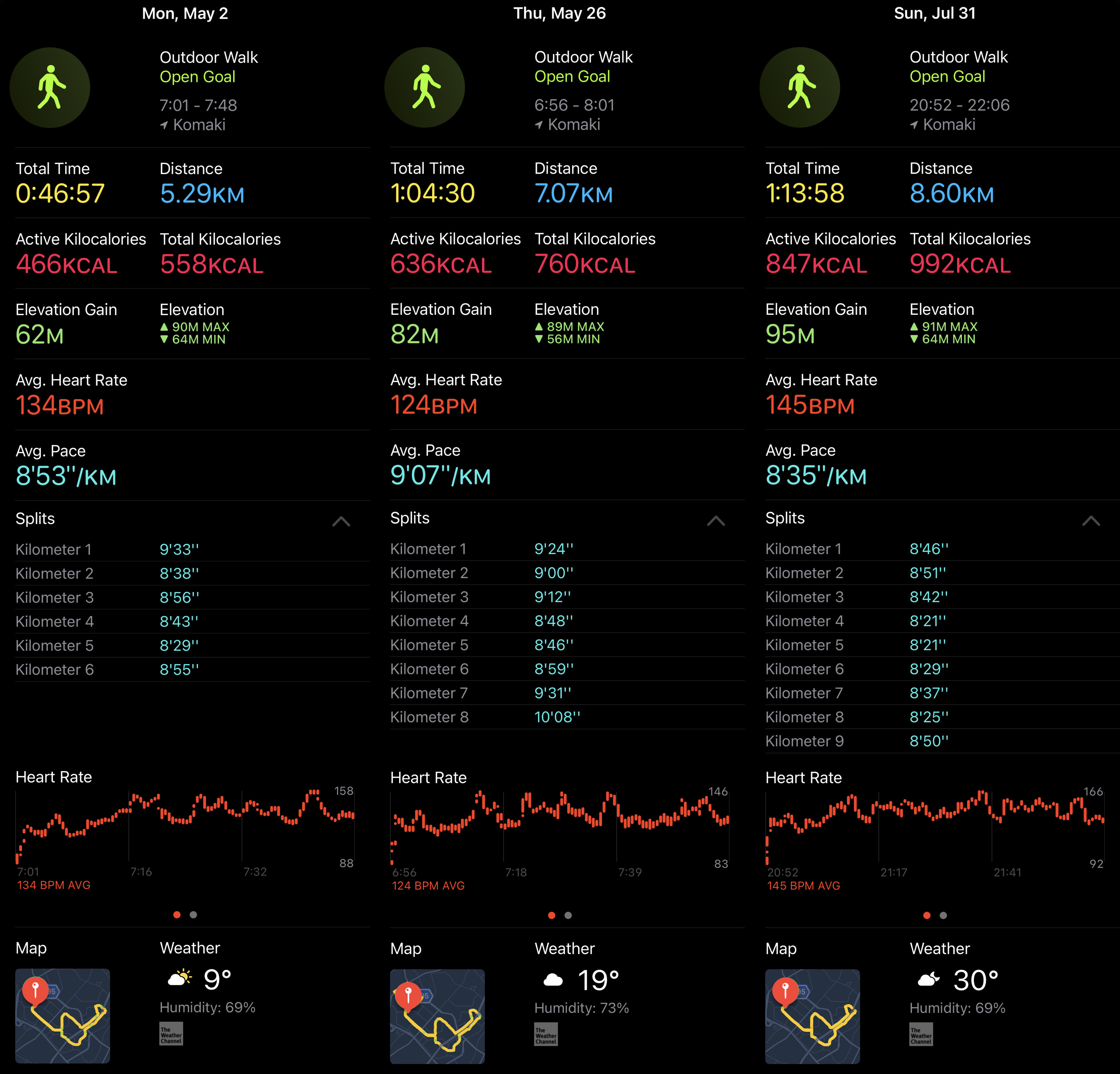 Unfortunately, there doesn't seem to be any weight loss taking place. In fact, the progress I'm seeing is in the wrong direction. 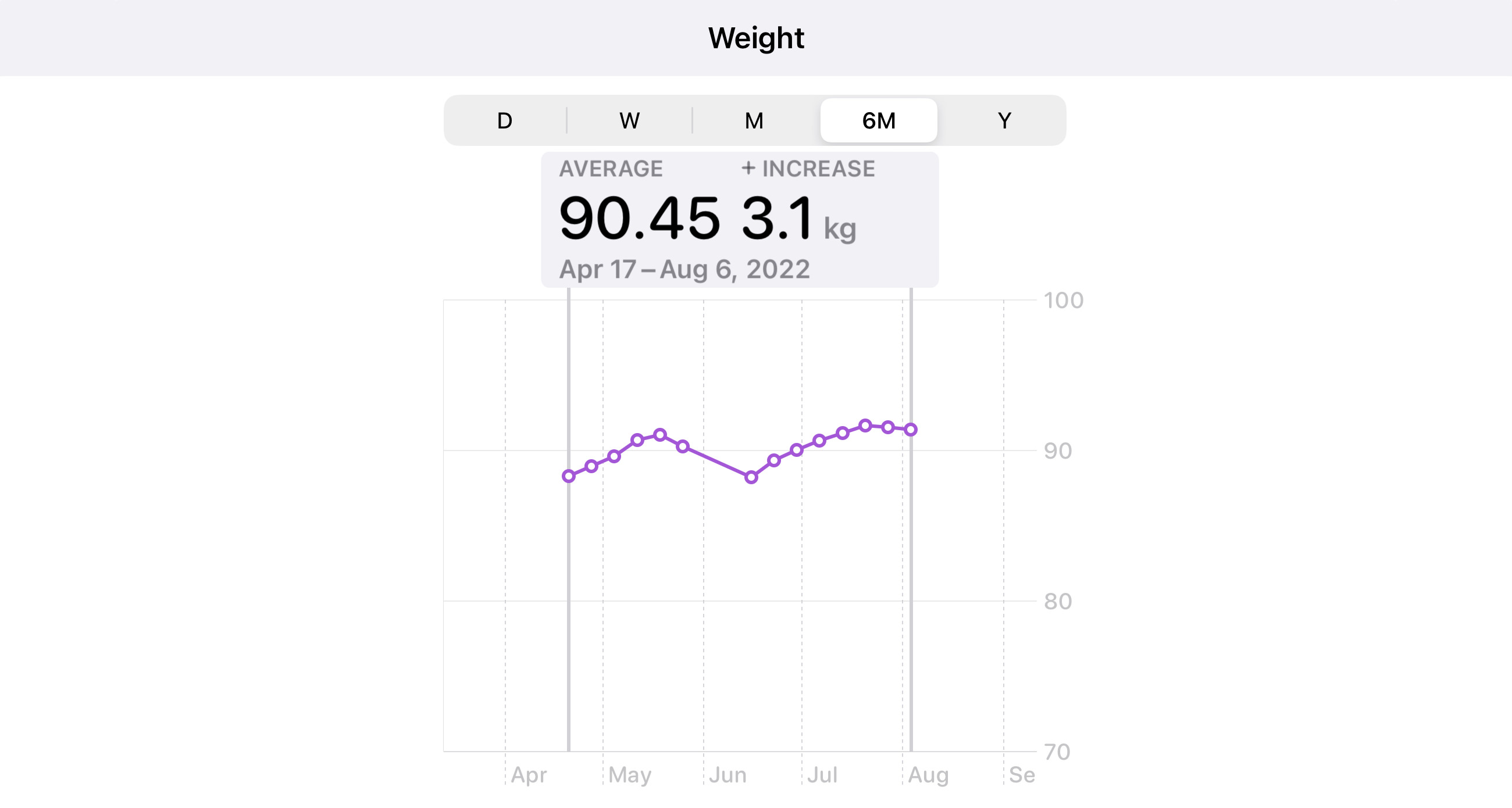 Despite the healthy diet, the reduced portion sizes, the elimination of most sugars2 (including my beloved potatoes), I've gained over three kilograms. Am I building muscle and not losing fat? Or is there something else going on?

Based on a lot of the fitness articles I've read, this weight gain is to be expected and can be the result of water retention, delayed onset muscle soreness, an increase in blood production, and other factors. People who are exercising with the intention to lose weight need to change their expectations from weeks to months, and months to … perhaps a year or more.

This can be a little disheartening, but anything worth doing is going to take time and demand perseverance. Originally I had planned to reach 80kg by the end of December. While this is still plausible, it makes more sense to aim for 85kg first and 80kg by next summer. So long as the routine can be maintained, it's certainly within the realm of possibility. Of course, some additional exercise types couldn't hurt for those days when an hour-long power walk is not possible.