There have likely been a million different To Do applications written since the 90s by people who wanted to reduce their reliance on paper notes. I've probably tried at least a hundred in this time as well, but have always returned to the battle-tested method of using an pocket-sized notebook with a felt-tipped pen to record action-based information. There is nothing special about how I handle To Do lists, and there's ample records of me using this sort of application to keep track of grocery lists, bill payments, and the like. However, when it comes to planning the next day's work, nothing beats the skritch-scratch of a pen over paper. 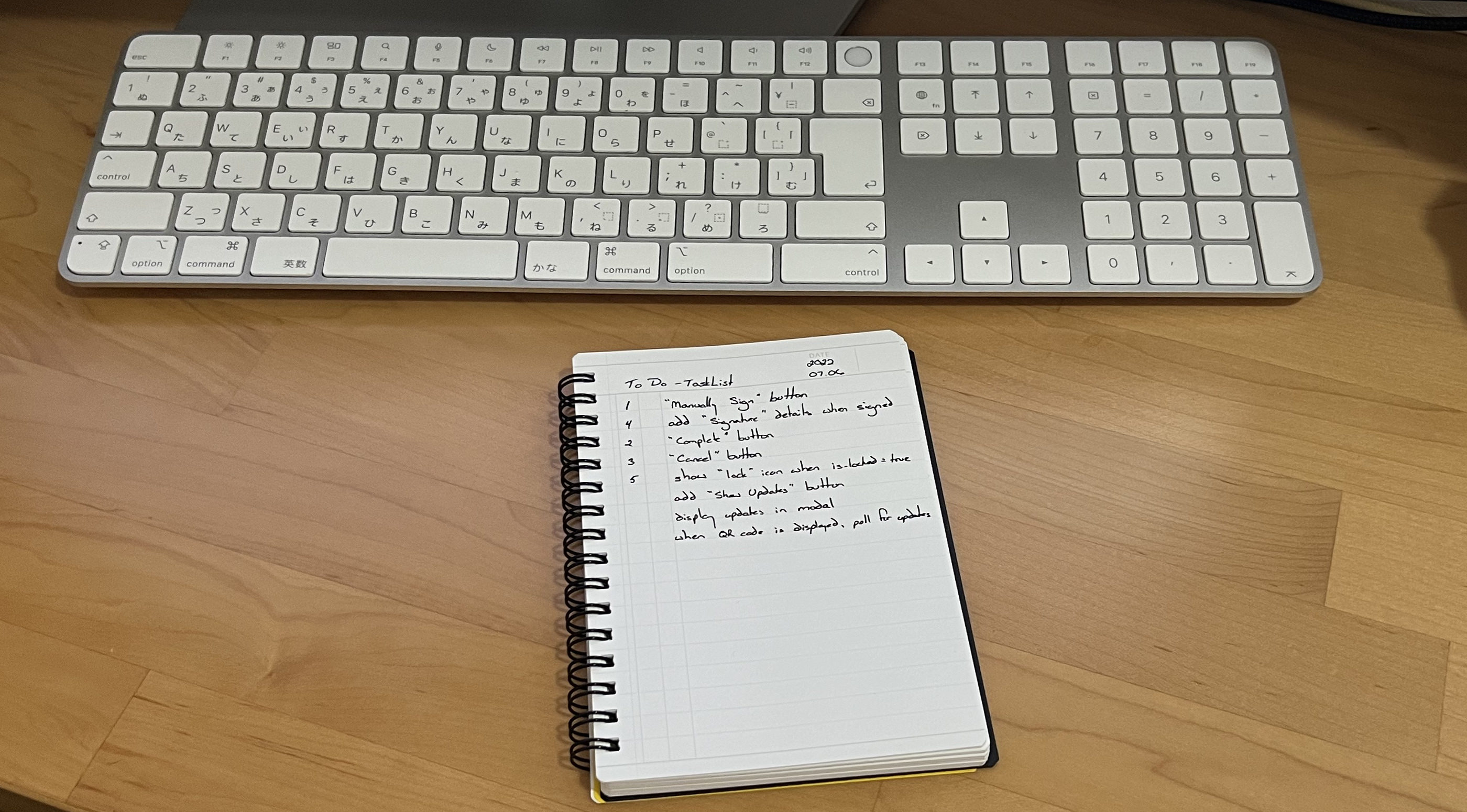 The current set of note-taking tools:

All in all, it's maybe $4 worth of stationery that needs replacing every month or so. Being able to quickly flip back over the days to see what's been checked off each list and what gets carried over the most often is invaluable for determining which tasks are in greater demand than others. This allows for more accurate prioritising of new features over time.