Sixteen years ago as of this post's publication1, I landed in Japan for the first time. This was my first trip overseas and first time going to a country that did not have English as its native language. This was also the culmination of a number of efforts that were years in the making, resulting in a journey that seemed almost like deja vu at times. There were numerous points during this first trip to Japan where I thought for certain that I had done a thing before, or recognised something as being familiar from long ago rather than my first exposure, and some of these were recorded on my blog2. 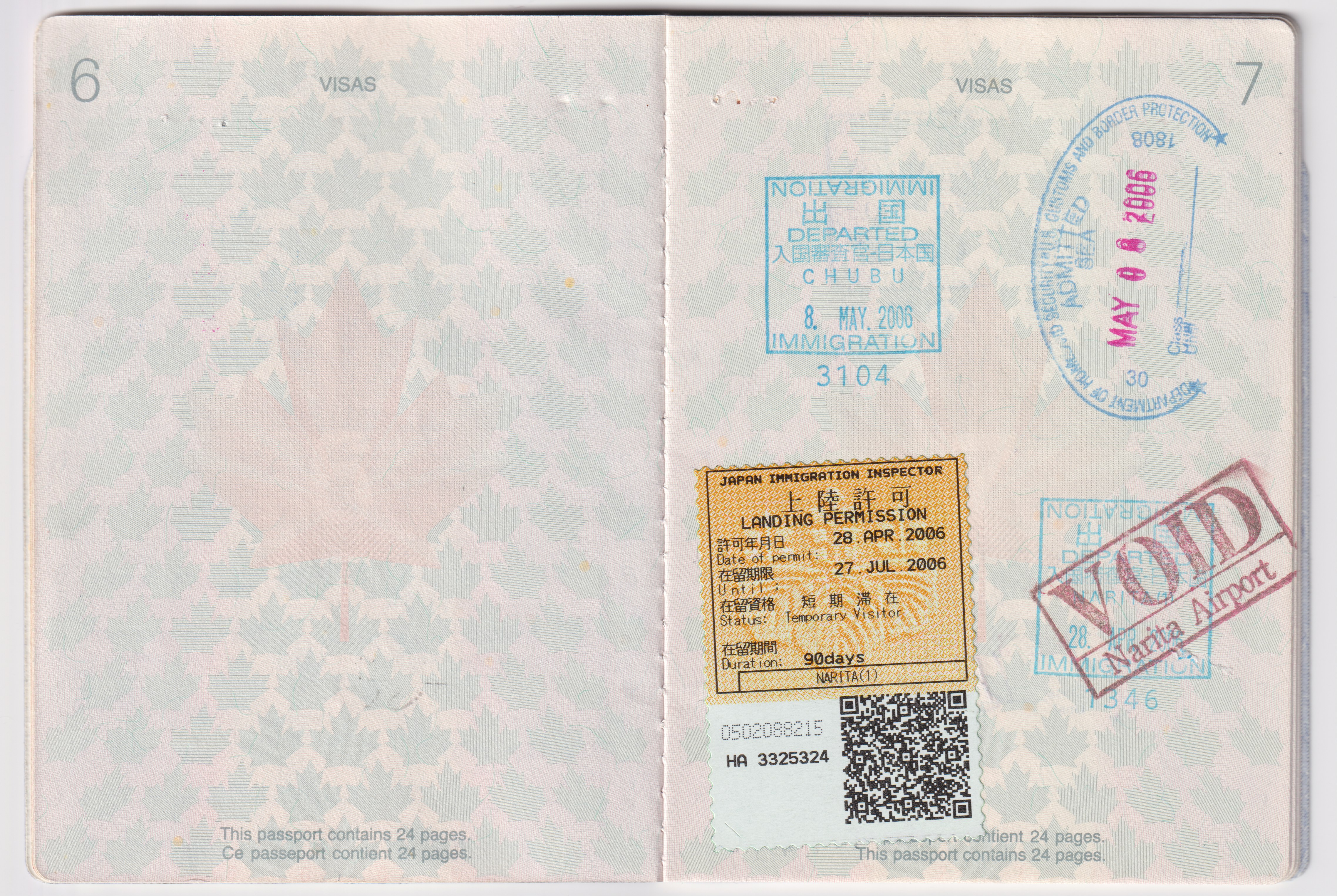 The journey was not without its challenges, of course.

After reaching immigration & customs, my passport was given to an official and I was led to the most boring office one could imagine. Inside were several rows of grey metal desks staffed with people who looked as though they were living in purgatory – and perhaps they were. The officer who led me to the dreary place asked me to sit on a chair next to some similarly-screened individuals while they performed some background checks. In retrospect, this was probably to be expected, as I did not pre-file for a visa. Canadian citizens, I was told, could fly to Japan without first filing out paperwork and submitting it to the local Japanese embassy. This was also my first trip outside of North America. So a 26 year-old kid from Canada appearing on the other side of the planet from home with zero advance notice likely set off a couple of alarm bells. As I sat in the office, I tried to understand what people were saying. There were a few others in a similar situation as me, but we didn't speak to each other. The room was eerily silent aside from a few whispers as people spoke about the passports in front of them.

Twenty minutes passed before the official who escorted me to the office returned with three passports in his hand. He called out the names of the other people waiting with me and asked them to see another officer who was at the far end of the grey desks. Then he called my name and handed me my passport. I went to follow the other two travellers, not understanding at the time that they were being called for "additional screening". The immigrations officer stopped me and asked that I go out a different door to collect my belongings and go about my business. I looked in the passport and found a stamp saying that I was granted a 90-day visa.

My bags were the only ones remaining on the carousel and I collected them without incident. My next task was to get from Narita Airport in Chiba to Gifu Station in the next four hours, where I would meet Reiko in person for the very first time.

This was a time before mobile Internet was something that people could really use. One could get CompactFlash cards for PDAs to enable mobile Internet if you didn't mind paying $25 for 25MB of data3, and Reiko did arrange for a rental unit that I could use for this first trip to the country, but I wouldn't have such a luxury just yet. Instead, I had to buy train tickets with my limited Japanese, exchange money, and make my way 350-odd km using just the information that I had printed out before the flight. Oddly enough, the journey was mostly unremarkable.

I managed to get to Tokyo Station from the airport just fine. Buying a bullet-train ticket to Nagoya was also easy, though the line to speak with a person at the counter was long. On the train I had the least-desirable "middle seat" between two businessmen two ate their dinner and drank beer in relative silence. Once in Nagoya, I got on a train to Gifu Station and arrived some time around 10 o'clock at night. The only real complication was that I went to the wrong Gifu Station. There are two within about 500 metres of each other; one for the Meitetsu Line and another for Japan Rail. Despite this error, Reiko and I managed to meet up after she finished work. She drove me to the rental apartment where I would be staying the next ten days, showed me how to use some of the appliances and then pointed to the mobile Internet device that I could plug into my HP iPaq. 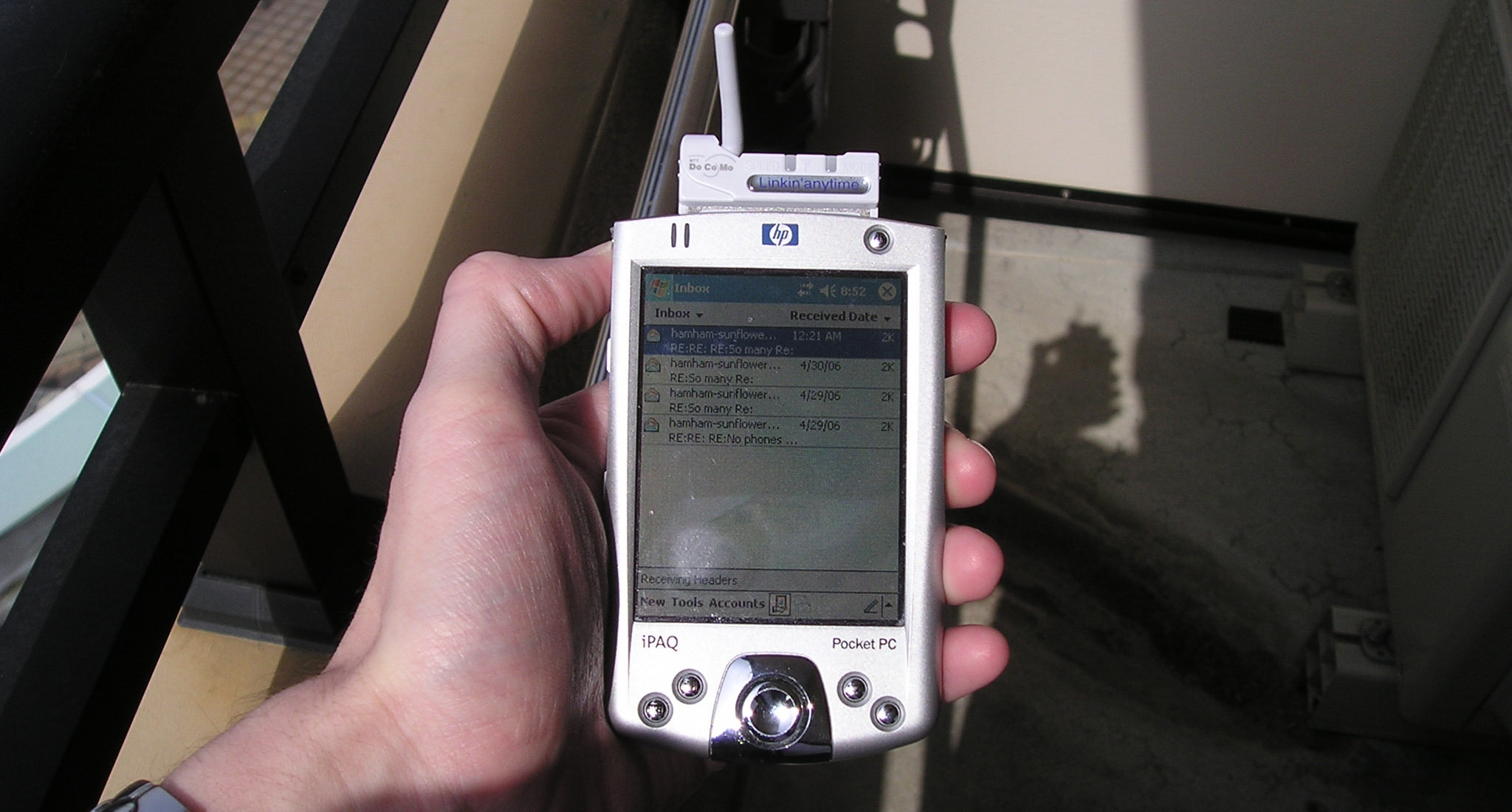 That's the question, isn't it?

If I could do it all over again, I would. Despite the pain and heartache I have felt over the years, despite the challenges and low points, there has been a remarkable amount of good that has happened, too. I never would have met many of the people I consider friends today had it not been for my move to Japan. I never would have matured as a person without a marriage full of challenge. I never would have been able to bring Nozomi away from the constant earthquakes that shook eastern Japan after the Great Tohoku Earthquake in 2011. The boy would never have been born.

Despite whatever people might think, I do not hate nor harbour ill feelings towards Reiko. Our marriage didn't work out, and a lot of that had to do with me just as much as it did with her. We didn't marry the right person, but we both learned and gained a great deal from our 14 years together, and 16 in total. So when I think back to that first trip to Japan, when I was so young and naive, I smile and think of all the good that has happened since then. Life is not easy for most people, but it could have been a heck of a lot harder for me than it has been. Despite the heartache, this past chapter of my life is not something that I regret.