I "Earned" $2-million USD This Weekend

The title is very misleading, as this $2-million isn't real money, but cryptocurrency. Heck, it's not even cryptocurrency, but "Demo Trading" of crypto currencies. Still, on Friday night I went to bed thinking I was doing pretty good having turned a $5,000 USD starting balance into $10,500 USD after five days. This morning I noticed a pattern and, because this is all a demo, decided to see how far I could take it. The result was unexpected:

My actual experience with cryptocurrencies have been far less interesting to write about. Like a lot of people, I have put real assets1 into various coins only to have 35% of it lost due to market fluctuations, various fees, and bogus ROI claims2. That said, it's something that I'm trying to learn more about as it seems to be a viable means of hedging against inflation for a lot of people around the world. I'm not too worried about inflation in Japan just yet, but I am looking for some decent alternatives to having money sitting in a bank account collecting 0.02% interest per year … which is considered "good" here.

Given my actual performance with these digital assets, I've been looking at ways to try and gain a bit more experience in order to lose less. The general rule of thumb is that anyone hoping to earn a quick buck should play at the casino rather than with cryptocurrencies, but I see the two as being about the same in terms of return until you start working with much larger numbers. A lot of the demo trading that I have done has generally started with a sum of about $5,000 USD. Some exchanges will offer this in various coins at the beginning while others will give you a local token that can be used to buy the currencies of your choice. For this most recent run, I used the OKEx exchange and was provided with $5,000 in the local USDT token to acquire things of my own choosing.

As one would expect, the first couple of days were slow. There were gains and losses as bids were won and lost. There was also a rather large dip in all the cryptocurrencies mid-week – in the real world – that also wiped out a good bit of capital for the people participating in the demo trading challenges. However, by paying attention and sticking mainly to the coins that I was most familiar with, it was possible to take the initial investment and double it over a period of five days. One of the most effective ways to do this, I found, was to buy and sell using either Bitcoin or Etherium, as this resulted in much lower fees, leaving more for profit. All in all, I needed just 35 trades to turn $5K into $10K.

It's easy to see why some people get sucked into this world and invest just about everything they have. Such short term gains are simply impossible in the real world.

On Saturday morning I noticed a pattern. Some less-common coins showed an interesting up and down pattern. Following the pattern with a 1-minute chart, it was easy to see that a coin would drop to a set value, then slowly rise to a set value before the process repeated again. If you timed it right, you could buy low and sell high numerous times. So I did. Twelve hours later the $10K had swelled to just under $90K. Not bad, considering it was the weekend and I couldn't be in front of a computer or phone all day. This morning the patterns were seen with different currencies, and with much larger margins. I could buy certain coins for $2 and sell them five minutes later for $35. Buy, sell. Buy, sell. Buy, sell. Stop. The patterns were usually good no more than five times before whatever mechanism was manipulating the prices would stop and move on to another currently. Still, by paying attention, the $90K had grown to half a million … then a million … then one-point-five … and it didn't stop. There were times when I would play the game for too long and end up losing – in one instance – $400K in worthless coins, but the gains far outweighed the losses.

Heck, in the time I've spent writing this blog post … 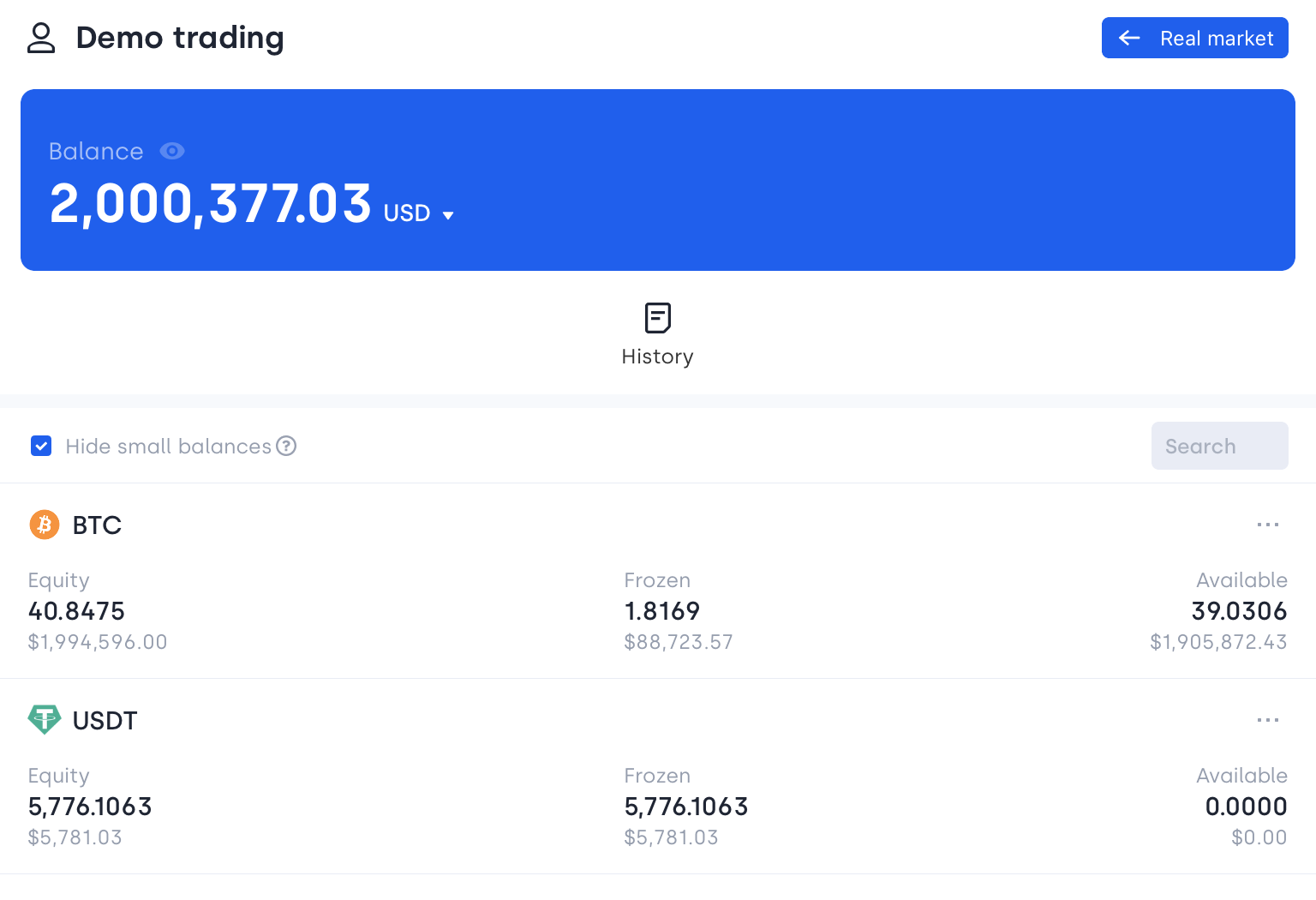 One does have to wonder how many people will do these demo market challenges – often with the promise of earning a small amount of Bitcoin or something else for successful outcomes – and over-estimate their abilities at the end. How many people finish these little games and think they can turn an investment of a few thousand dollars into double or triple the value within a week? Are there people that invest their entire line of credit into the real markets only to lose it all? Given the number of people participating in the cryptocurrency markets, there are bound to be a noticeable percentage of n00bs losing everything.

As with every type of investing, it's important to do the research, understand the risks, and never put in more than you are willing to lose.