Pizza in Japan has often struck me as an oddity given the unique approach places approach the food from. When I was growing up, a large pizza generally came in a rectangle that was cut into 18 pieces and cost $20 and could feed three teenagers … or a family of 8. Many years later, while living in Vancouver, there was a pizzeria near my apartment that sold an 8-slice medium pizza with 3 toppings for $5. In Japan, though, an 8-slice pizza starts at $18 and quickly goes up from there. Suffice it to say, Reiko and I haven't ordered pizza very often in the 13 years we've lived together. That said, a flyer hit the mailbox today with an offer that is ridiculous enough that it might just be worth the absurd sticker price: 全力！ソーセージピザ1. 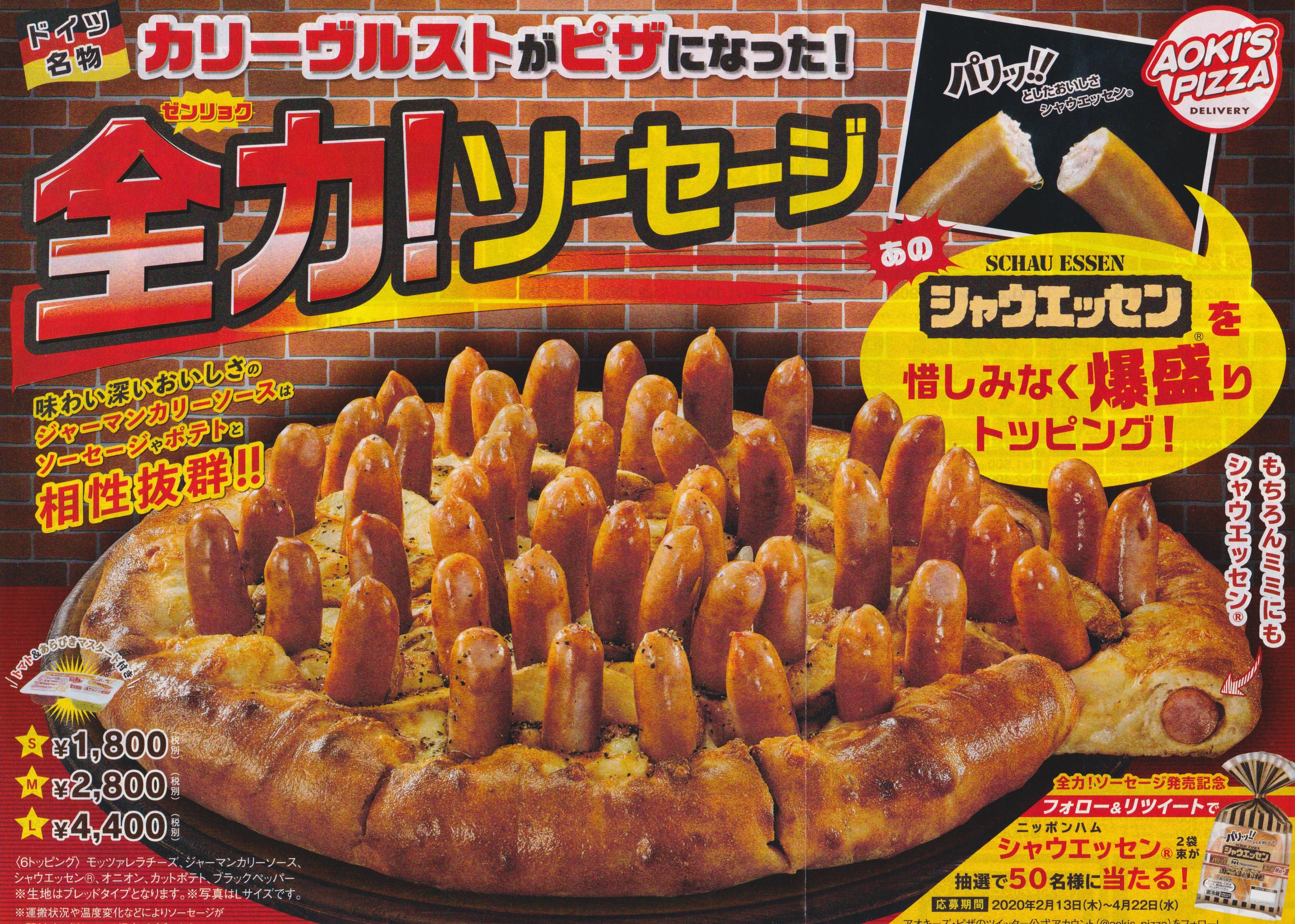 Just for giggles, I went to the calorie information page for the pizza shop and discovered that every slice contained a whopping 409kcal!

This would explain why waistlines around the country have started to balloon much like those in Canada did throughout the 1990s to today. It's understandable that restaurants will try ludicrous things in an attempt to attract sales, but this one is a bit absurd … even for Aoki's Pizza.

If the boy were a decade older, Reiko and I might entertain the idea of trying one of these. For the moment, though, we'll pass and enjoy a healthier dinner.