A running theme for this week seems to be statistics as Spotify has recently shared some numbers with their subscribers via their annual "Wrapped" feature1. The main takeaways for me is that I listen to an awful lot of Faithless and seem to listen to a lot more Canadian music and rock than expected.

None of this is really a surprise, though, as Faithless remains one of my favourite groups of all time2 and there is a lot of creative talent in Canada. One element that did surprise me, however, was the amount of time I've spent listening to music through Spotify despite having well over 200GB of audio on my home NAS. 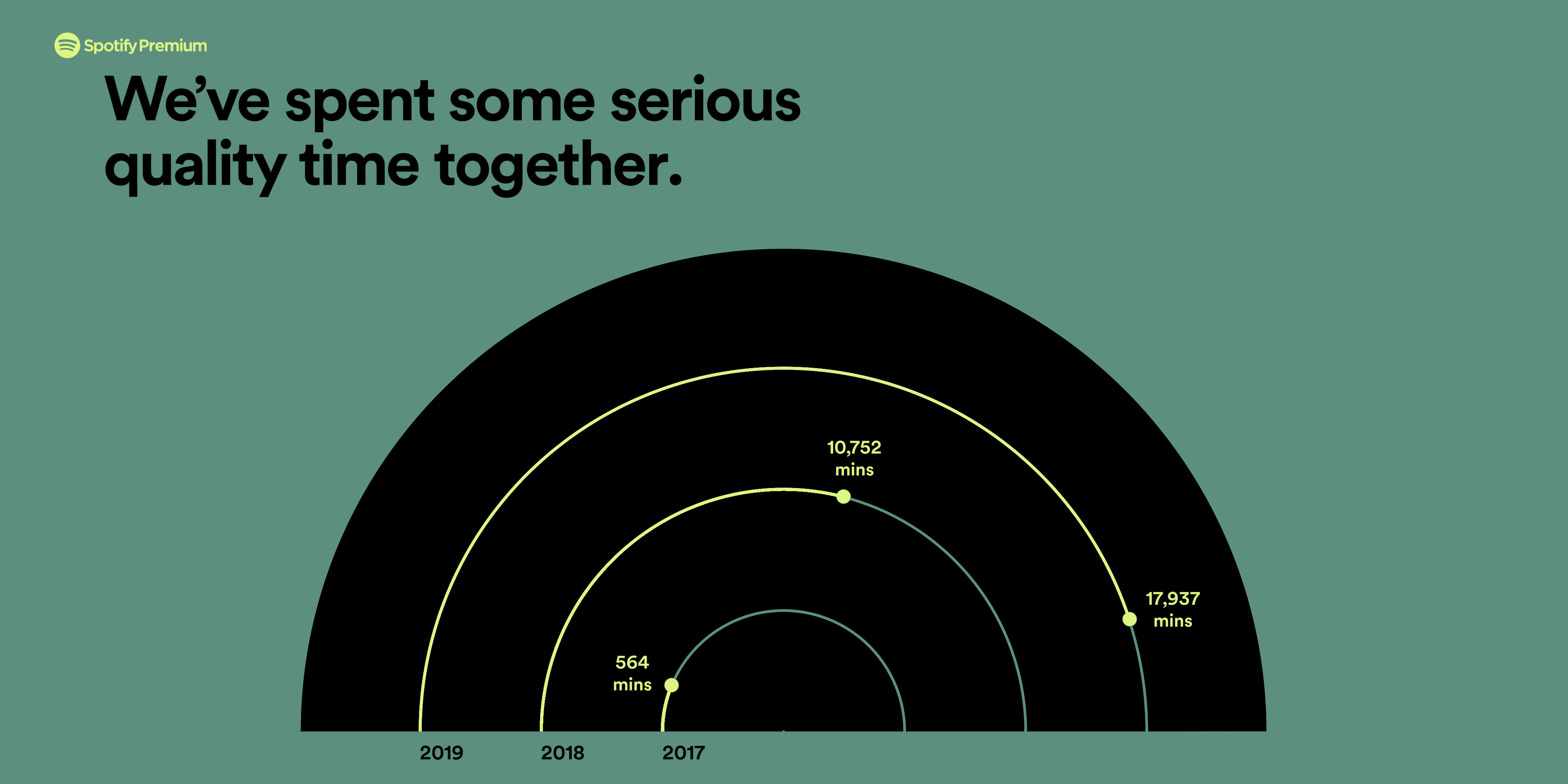 Roughly two weeks of the year has been spent listening to music through the service. This is a good deal more than in the previous two years and it made me stop to think about why this might be. There are thousands of hours worth of legally acquired music sitting on a server upstairs in my home, and I generally spend 22 hours a day within 25 metres of that computer. Why in the world would I need a Spotify account, and what reason could possibly explain why I would choose to re-download or stream music that I've already paid for in the past?

As with so many conveniences, the reason comes down to ease.

Yes, I could get by with a free Spotify account and listen to a maximum of 12 hours of advertisement-supported music per month in an effort to "try before I buy", then go back to using the files on the NAS, but this requires dedicated blocks of time and purpose, which is not how I generally enjoy music. This isn't even an issue with streaming to my phone or tablet when outside the house, as much of the music I've acquired over the last decade has come from the iTunes Store, which means I can download it anywhere so long as the device is connected to the internet. The primary reason for choosing Spotify over arguably higher-bitrate audio on a server that does not track my listening habits, as far as I can tell, is the same reason I gave for why I don't use  Music: the playlists.

Spotify does playlists right. Apple does not. There's also the convenience that comes with being able to easily have those playlists on all of my devices, be it the phone, the tablet, or the notebook. Apple's music applications have never done this well, which is bizarre given the company's proclivity to put as much into iCloud as they possibly can.

Another reason likely has to do with how rare it is to take out the good headphones and just listen to music anymore. Since the boy has come along, I need to keep my ears open in order to be a "responsible parent". It's certainly possible to block out the world and listen to music, as the 17,937 minute statistic is not comprised of only listening via the home stereo, but it must be done in moderation.

One of the better takeaways from Spotify Wrapped is the playlist they assemble of the top 100 songs a person enjoyed for the year. Each one of these songs might already be in a playlist -- and most likely in one called "On Repeat" -- but having an annual list is a fun way to see how musical tastes have changed over the years. 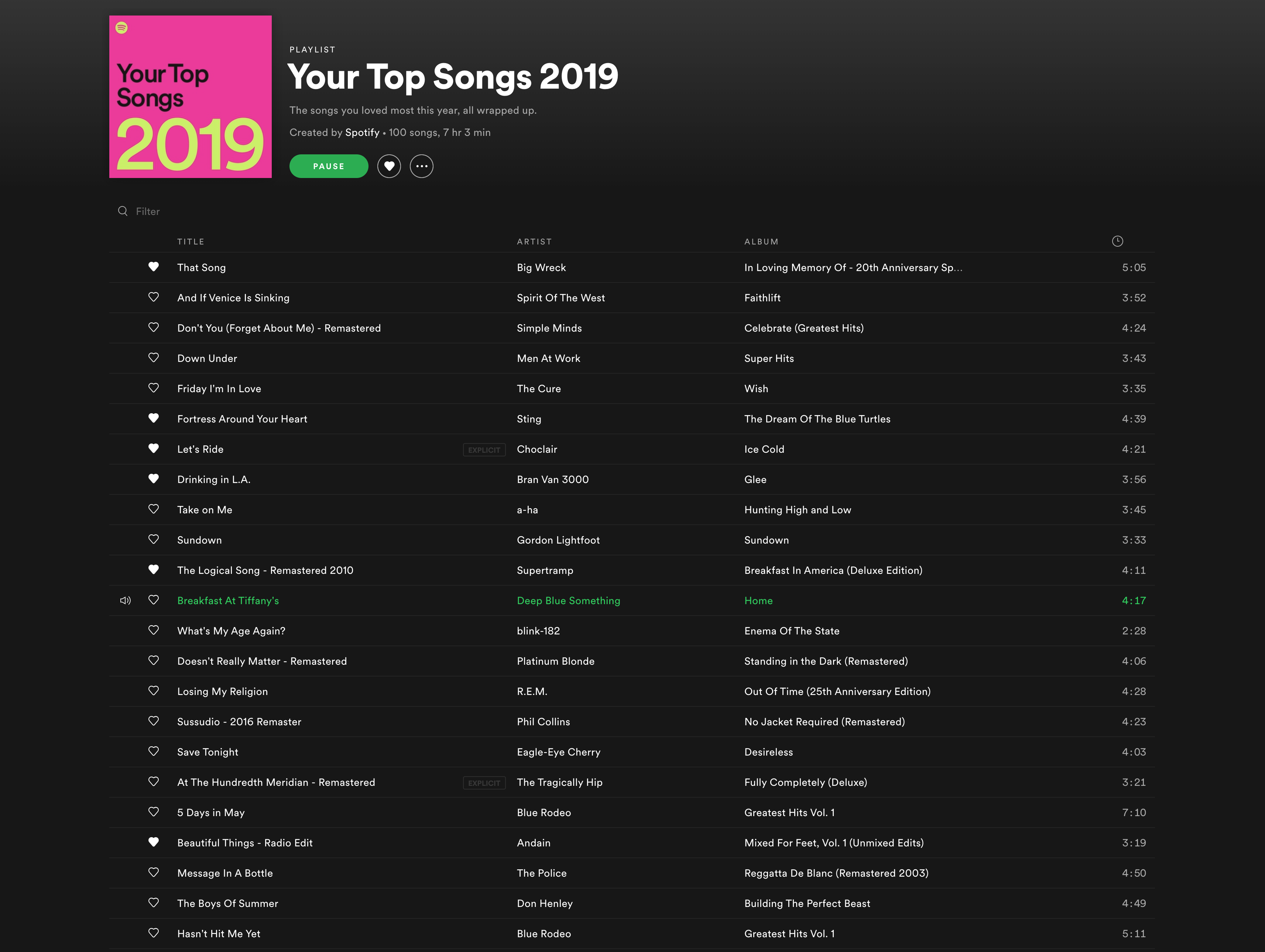