With the winter solstice just a couple of weeks away it is probably no surprise to find that coffee gets cold much, much faster than expected. This has certainly been the case in my house recently. Fortunately a person can get used to drinking lukewarm and "desk-temperature"1 coffee relatively quickly. 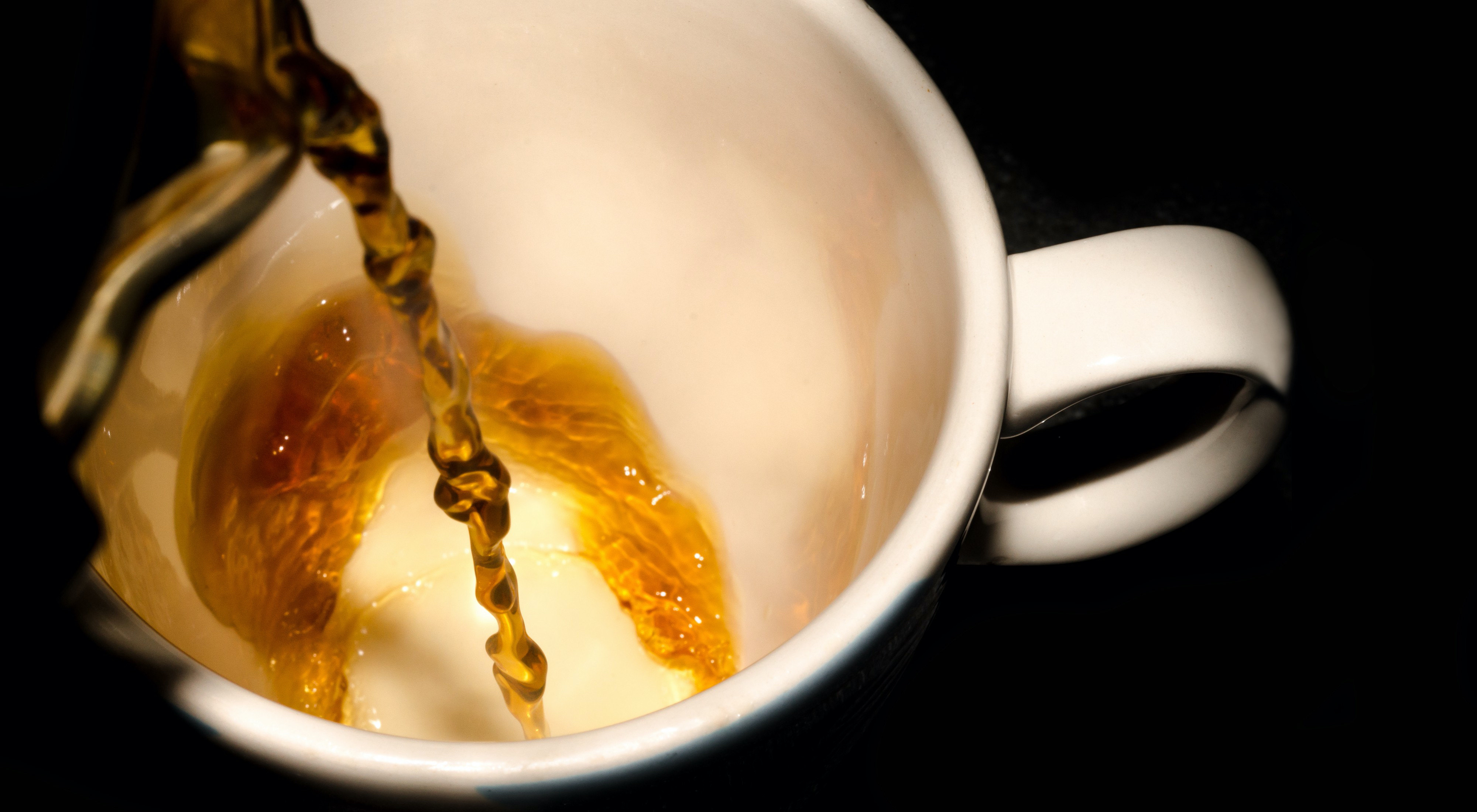 Despite the preamble, I'm not really thinking about the temperature of my coffee beyond the immediate circumstance. The mug was mostly empty when I picked it up and the remaining liquid had been left standing for at least an hour. Of course it's going to be cold. The reason it was left idle for so long is the unfortunate reality that comes with working late at night: it is really easy to lose track of time.

That said, while I was putting the finishing touches on some work-related project updates, a temperature-related question crossed my mind that could be answered with a series of numbers I recently acquired. The local community centre made their weather data available to the public a couple of weeks ago and I jumped at the chance to build a queryable database2 showing the temperature, wind, and precipitation data for the last century from the weather station 450m north of my house. A lot of the data from before the 40s is really hit and miss with gaps all over the place, but from 1943 the numbers became far more consistent and specific. So, just for fun, I wanted to know how the general temperature in this tiny corner of Japan has changed.

Looking at just the minimum and maximum temperatures for each year from 1950 to 2019, this is what we can see: 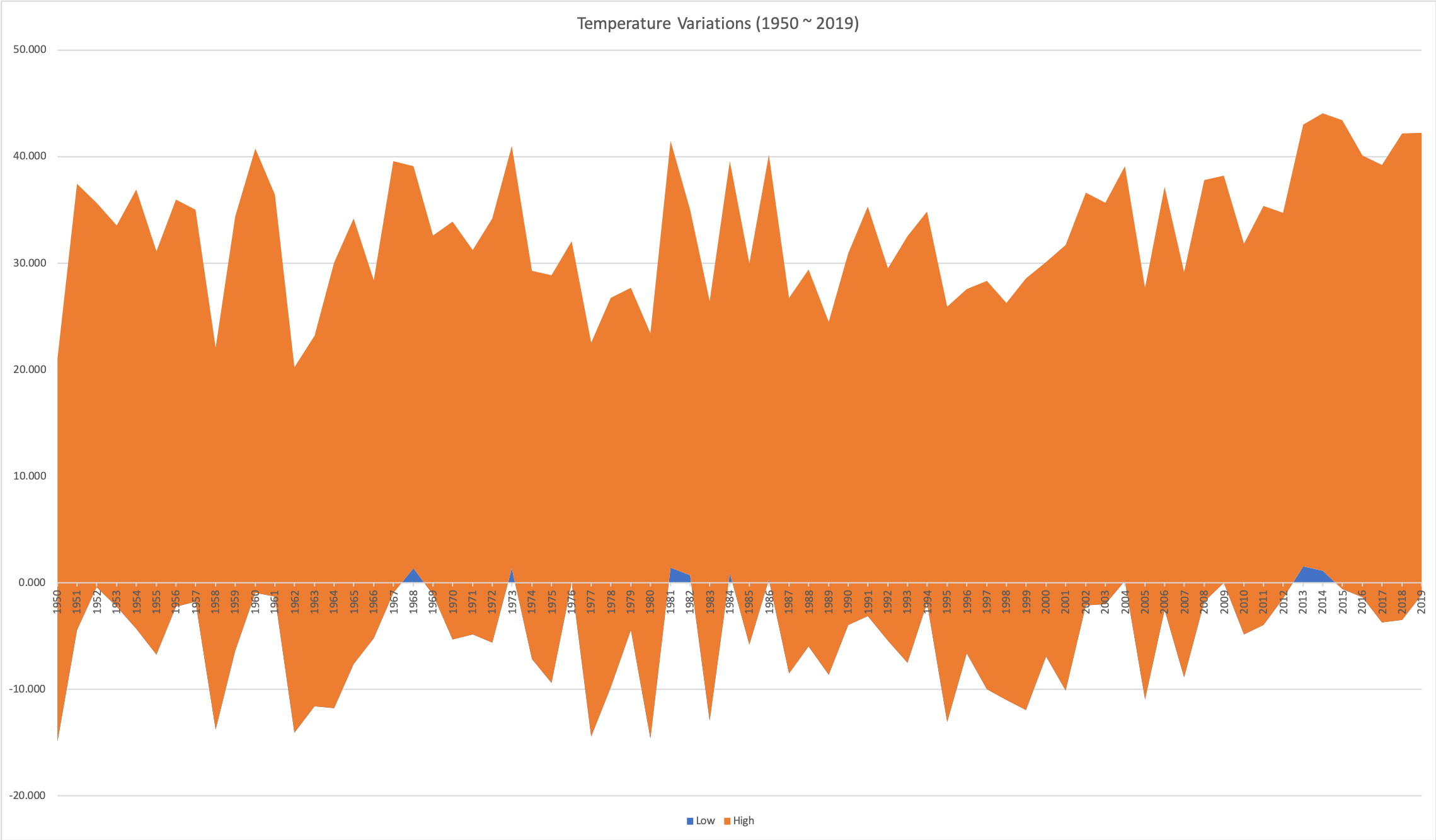 A common refrain that I've heard every summer from people is that "the temperature was never this high while growing up". This might certainly be the case given the number of times this area had a string of cool summers, but seven decades of data shows that this part of the country most certainly had July and August temperatures go past 40˚C in six years before 1970. One trend that is clear, though, is the warmer winters. Only twice has the temperature dipped below -10˚C since 2000.

Examined in isolation, this data cannot reveal common patterns across the country. That said, as more public offices across the prefecture make their historical data available in a semi-workable digital format3, it will be interesting to build some models that look for patterns despite the noise.