In the summer of 1997, when I was impossibly young and attending college, there was a great deal of commotion on IRC about an animated series from Japan called Neon Genesis Evangelion. It had everything that a young man might be interested in, incredible machines, lots of action, a story that had realistic characters that evolved over time, and sexual innuendo. As luck would have it, there was a video rental shop on the way to school that carried a small selection of anime, including the first three VHS tapes of the series. On a warm Saturday morning, I rented the videos and got together with some friends who shared a similar interest in Japanese pop culture to see what the series was all about. As many people who have seen Evangelion would attest, the story was absolutely remarkable. I was hooked. 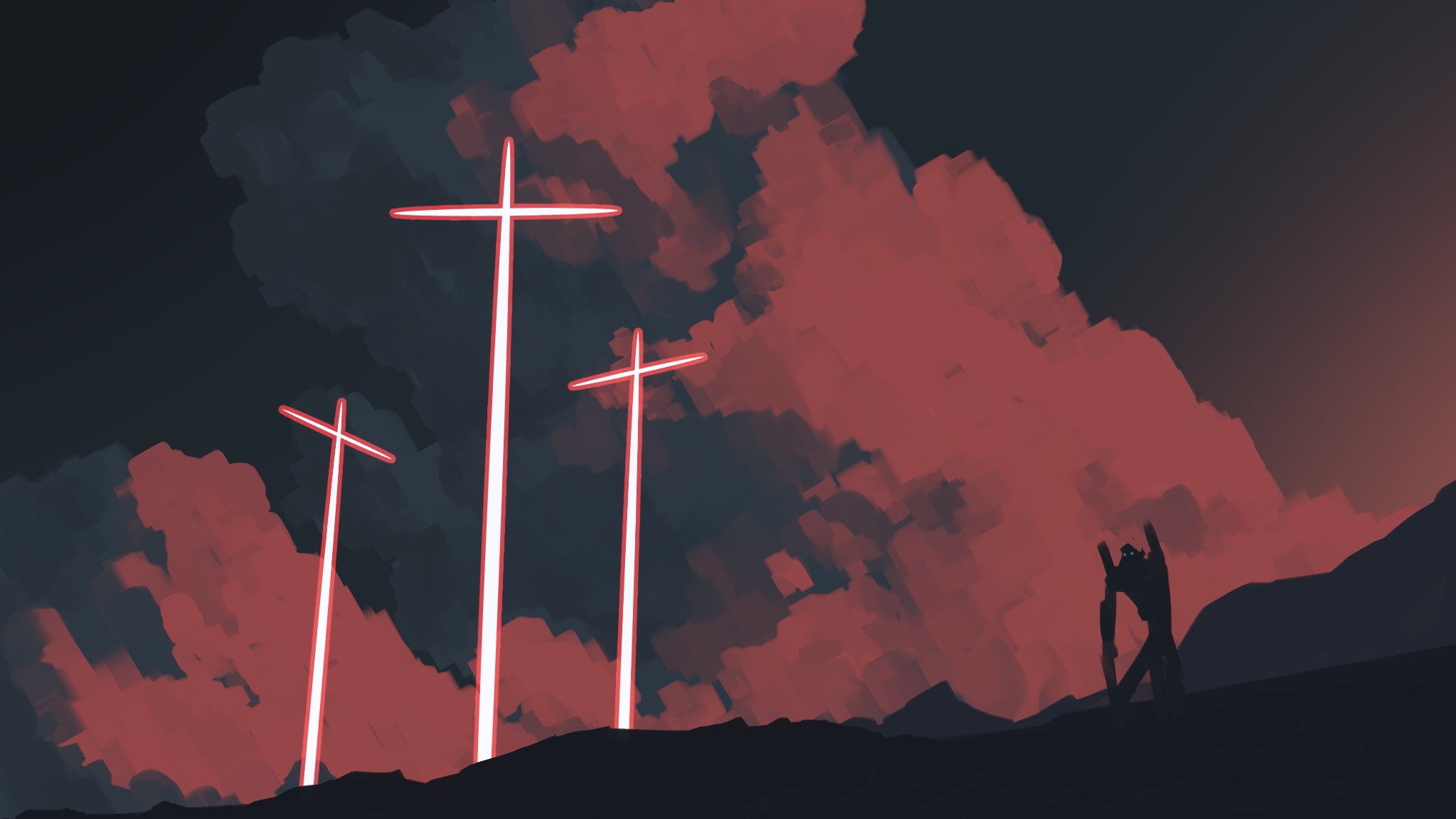 The availability of anime in Canada at the tail end of the 90s was spotty at best. Fans of the genre would often have to travel great distances to find a hobby shop or comic book store that dedicated half a shelf to the art form. I remember one summer day where a high school friend of mine and I drove nearly 150km to downtown Toronto because there was a rumour that Silver Snail, a large comic book and collectable shop, had recently started carrying VHS tapes, DVDs, manga, and even figurines of the more popular shows. The rumour proved to be correct, and we both gladly spent more than we should have on whatever tickled our fancy the most. Evangelion, however, proved hard to collect. A lot of places would carry the first half of the series, which was 26 episodes in length, but few offered anything after episode 14. It wasn't until somewhere around 2004, nearly seven years after my introduction to the story, when I could at last watch the entire series from start to finish; largely thanks to sources in newsgroups and BitTorrent.

Discussions about the show online always struck me as a little shallow. Evangelion was written like a good Pixar movie, in that people of varying ages can enjoy it as much as their understanding of the world and themselves allow. I knew that the message in the show went much deeper than I could comprehend at the time, but lacked the resources to gain the insight required to better understand the core subjects. There was no denying that the show was not about giant mechs taking on bad guys intent on destroying Tokyo-3. The show was also not about religion despite the myriad of references to interpretations of Christianity. The message that I took away from it at the age of 24, which was during a very low point in my life, was that the internal demons that encourage us to believe we have no value are ultimately wrong and the best way to overcome the feelings of isolation and self-loathing is to talk to people and make some connections. Whether this was a valid interpretation or not is almost irrelevant, though, as I decided to tread back into the world and make those connections I sorely lacked.

Fifteen years have passed since I last watched the show. A lot has happened in my life since then. The demons of self-doubt continue to bother me on a semi-regular basis, but I have never again felt as despondent as I did in my early 20s. Within a decade and a half I was able to go from being a self-loathing individual drowning in student loan debt, renting a single room in a shared house, and subsisting on a single tuna sandwich a day to the person I am today, complete with a different set of faults, weaknesses, strengths, and merits. Was this all due to an animated show about a group of broken people who believed they were saving the world from imminent destruction? No. But it certainly was a piece of the puzzle.

Two weeks ago I decided to give the show another watch as the complete original run is on Netflix and today the 26th episode was watched. The show is still as enjoyable as I remember it being as a young adult. The story still as complex. In the intervening years since watching it previously I've been fortunate enough to read a number of books and listen to podcasts on psychology, religion, personal growth, and more. I've also lived for 15 years, learning along the way and adapting to new situations. This allowed me to enjoy the story from a different perspective, as a parent and as a person who better — but not completely — understands the challenges that life throws our way. I can better appreciate the gravity of the decisions characters grappled with. I can better understand why some of the supporting characters did what they did, knowing full well at the time that it was perhaps not the best choice. Being human is not easy, but it is generally better to be than to not. Many of the greatest works of art over the last few thousand years carry this message. Evangelion implies the same.

As individuals we are all defined by our limitations and incredibly vulnerable. However, nestled in the tragedy of our failings is also our potential. When unharnessed it can appear a maelstrom of anxiety and self-inflicted pain but, when we build the courage to grapple with the chaos of being and accept our impediments, we can bring order into the world, into our lives, and into the lives of others who may also suffer. This makes life worth living.