There are very few people in my life that I've known and communicated with for 20 years or more. Two of my five sisters fall into this category. Neither of my brothers do. And only half of my parents. I met Reiko in January 2006, which would put us at less than 15 years, which is interesting given that I've lived with her far longer than any family member1. Outside of immediate family, however, there are very few people who I have known for more than a decade and still communicate with. The fault clearly lies with me, as I'm not particularly perceptive to other people's needs or expectations, but there are a few souls who I have long-standing friendships with. While I do not show it very often, I care about these people quite a bit. I worry about them. I feel happy for them. I regularly think about them. Gary is one of these people.

Gary2 and I have known each other since the turn of the century. We met on EFNet, an IRC network, in a channel called #AngelicLayer shortly after I was dumped by a woman I'd been living with for some time in 2000. We lived in different parts of Canada at the time. He was in Vancouver, and I was in Hamilton. We were also quite different in age. When I first joined the channel, I was 21, living on my own, working a full-time job, and an alcoholic in denial. He was a 15 year old high school student with a rather interesting group of friends online. As unlikely — or predatory — as it sounds, we built a pretty good friendship over the next few years. So much so, that I even rented an apartment in Vancouver from his father between 2005 and 20073.

Gary and I both had an affinity for Japan. At the time we were both quite into anime and enjoyed many of the same shows. The culture was something we both found fascinating and we'd even learned some of the language together. He studied history in university and his long-standing wish was to become a teacher. When I moved to Japan in 2007 we kept in touch on IRC and our friendship carried on despite the ocean between us. A year later, he attended my wedding and enjoyed some of the sights and attractions around this part of the country as well as Kyoto, which is just an hour away by bullet train. When my employer was in need of some new recruits in early 2010 I got in touch with Gary and asked if he might want to come over. I had put in a good word for him and much of the legal paperwork required for a Canadian to work in Japan would be taken care of by the day job, as there was an entire department dedicated to the task of helping people with visas, taxes, and other aspects of living so far away from home. Later that year, Gary moved from the relative comfort of his parent's home in Vancouver to Nagoya, where he would learn the necessary skills to do the same job I had done up until that point4. 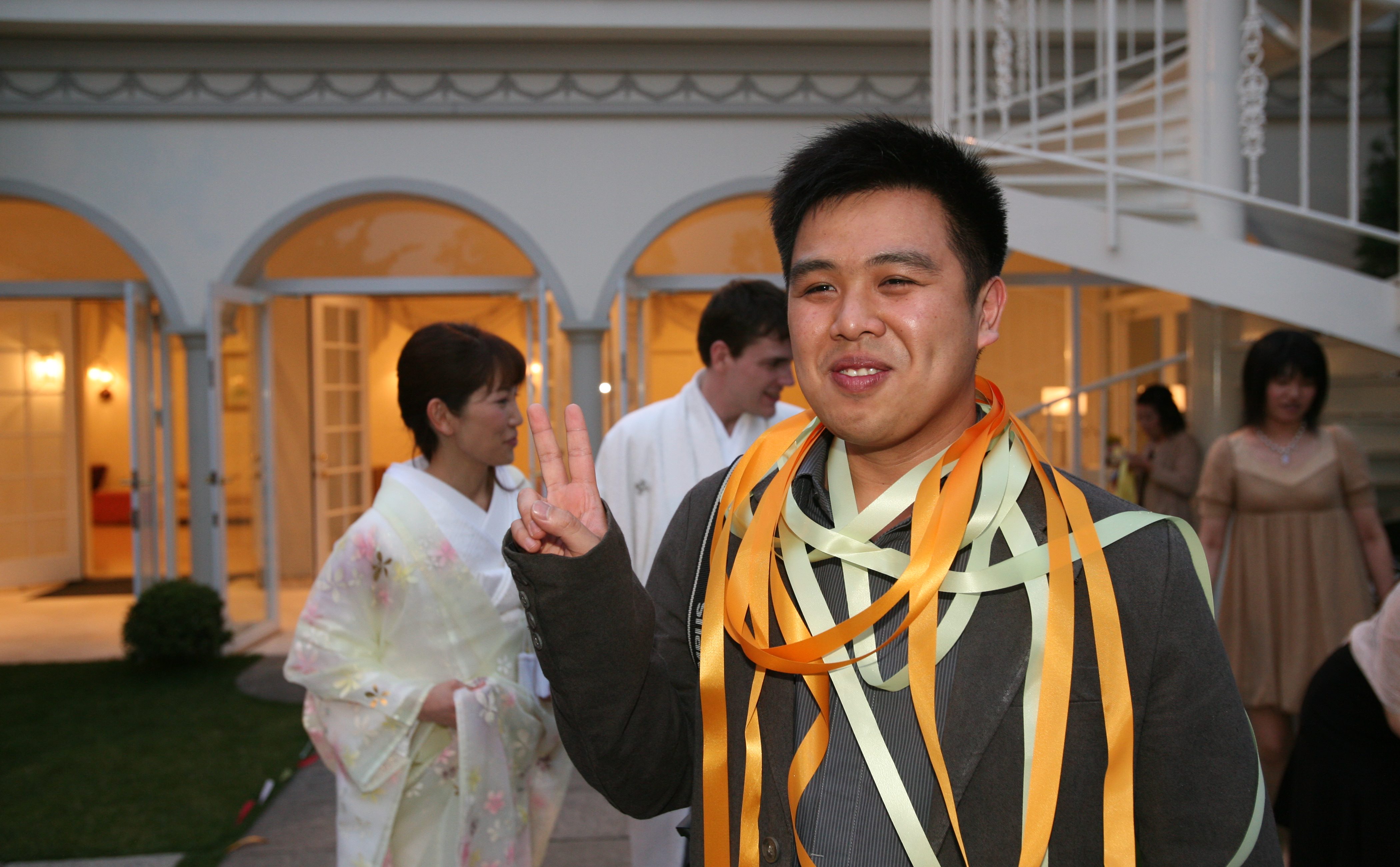 Gary5 has lived and worked in Japan ever since. Just as it is with me, this country is his home now. He's found love, moved in with a lovely woman, and is thinking about starting a family. I'm actually quite happy for him … but I'm also a bit concerned.

While I like the man a lot, he's not exactly a go-getter. He likes to take things easy and allow events to unfold rather than forge his own future. He's worked part time at the day job since the very beginning, and would often rely on his parents to cover various bills. Despite being in a committed relationship with a woman who is very serious about having children, he's unwilling to take on the requisite responsibilities that come with "being a man". He could switch over to a full-time contract at the day job and have a steady income with a five minute conversation, but doesn't want to. He says that the workload would be too exhausting. He's not particularly keen on using any additional skills or knowledge to earn money, as it would take time away from whatever it is he does when not at work. He's not even particularly interested in seeking out a better-paying job — of which there are many — as that would eliminate any seniority he might currently enjoy … which means almost squat at the day job unless you're a full-time or unionised employee. How in the world is he going to afford to support a family?

When I think about how much the boy has cost in terms of time, money, and energy, I'm worried about Gary. My son has required far more of everything than I ever imagined. Not just time, money, and energy, as two of these are renewable resources, but in terms of patience and understanding and empathy and all the things that are required to make a good father. How people with multiple children manage I'll never know, but it's not at all easy to raise a family. The boy is outgrowing his clothes between the time they come off the rack and the time we pay for them. He goes through food faster than any garden can grow it. He wants to be picked up a lot. He wants to be read to even more often. He is the centre of his universe and for his entire life Reiko and I have revolved around him. Any parent can attest to how utterly exhausting this can be at times.

The fact that Gary has never had a full-time job worries me. Can he keep up with a child? Will he hand the young person off to his wife and abstain from his responsibilities? How will he afford the never-ending list of things to buy? Diapers, wet sheets, clothing, toys, books, community activities, school …. The list is almost endless and there is no avoiding them. Heck, what kind of example will he set for his child if he doesn't accept a heavier burden of responsibility?

At the moment he and his girlfriend both work. When a child is added to the matrix, one person will need to stay home for at least six months to a year, and I highly doubt any mother would let someone like Gary be a stay-at-home dad. The risks are just too great.

The man is 35 years old. He's not a child, yet continues to shirk responsibility as though he's still in high school. I care about his future just as much as I care about his present, but any conversation where it's suggested he work harder is shut down much faster than it starts. There's no denying that life is undoubtedly more enjoyable when moving at a relaxed pace and the most pressing responsibility is paying this month's cell phone bills, but this is no environment to start a family. I want him, his wife, and any future children to succeed in life. How can I communicate this to him in a way that he'll accept?

Maybe I'm just misguided but, as his friend, I feel it's my responsibility to make sure that he understands the burdens he needs to take on. He's not married because he claims he doesn't have the money. He doesn't want to work full time because he claims he doesn't have the energy. He says he's ready for a child, yet acts like one himself. This is no environment to bring a new human into. I've seen situations like this while growing up in Canada, and it never worked out for anybody. By the time the child was in high school, everyone was relying on a drug, alcohol, or gambling just to ignore reality.

A thought that has crossed my mind from time to time is to call his father and formulate a plan to help get Gary on the right path. Gary's father is a walking stereotype of an immigrant in Canada. He arrived from Vietnam in the early 80s with almost nothing, worked hard for 30+ years, now owns multiple houses and a bakery in Vancouver, and continues to get his hands dirty every day of the week. There's no stopping the guy. When I rented an apartment from him, we would occasionally have long conversations about Gary and how he needed to learn responsibility. Nothing ever stuck, but the stakes were much lower back then. What Gary is doing right now is playing house with no understanding of the consequences or expectations.

Part of me says that I should just keep my nose out of Gary's affairs. He's technically an adult, which means he's technically capable of making his own decisions and solving his own problems. The rest of me says that I need to leverage our almost 20 years of friendship to lay down the hard truths of life: play time is over and it's time to grow up.