The first time I remember shaving, new episodes of Star Trek: The Next Generation were still being broadcast weekly. This was how I remembered when to shave because, as a 17 year old, there would be about a millimetre of growth on my face after an entire week. Several of the men in my family would laugh at the peach fuzz that I'd insist on shaving off, saying that I could never claim to shave until it became a part of my daily routine. By this metric, I have never shaved a day in my life. Regardless of what I eat and regardless of how often I remove the fur from my face, there will never be more than 3mm of soft hair around my mouth and neck if its left alone for seven consecutive days.

It is thanks to this consistent growth pattern that I've generally shaved my face just once a week for most of my adult life. The one exception was the years when I worked in a classroom and five o'clock shadows were deemed against dress code1. In order to project the image I was expected to present, I would shave pretty much every other day of the week. After leaving the classroom, however, I started shaving less frequently. First it was a Sunday-Wednesday schedule. Then Sunday-Friday, meaning I'd always be clean-shaven for the weekend and the start of the working week. Then Sundays only. And now … I shave only when family members complain about how "lazy" I look. 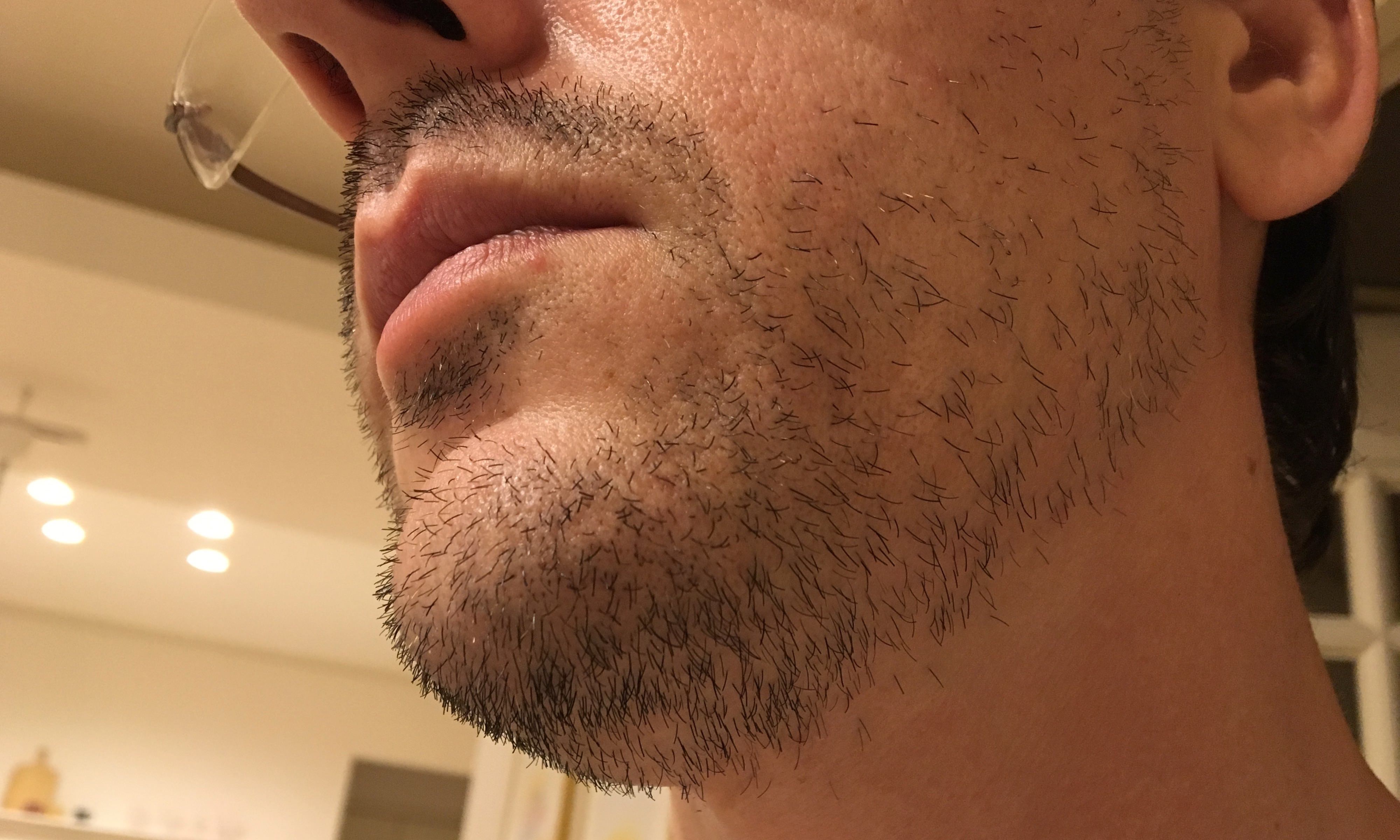 The picture above was taken earlier this evening and shows a full seven days of growth. I really see no reason to take out the razor blade2. At some point in the last couple of years I've actually come to enjoy having this bit of scruff on my face. It gives me something to stroke while thinking. It adds an extra bit of sensory perception for those times when mosquitoes are stupid enough to land on my face. It keeps people's expectations of me low when I'm out and about in the community3. The one question that I've yet to work out, though, is why I can't grow a decent beard or moustache.

A good deal of my genetics clearly comes from my mother's side of the DNA. I have a full head of hair despite my age, which none of the men on my father's side could say at the age of 30, let alone 40. The brown is lightly peppered with grey, just as it was for my mother and her brothers at this age. It has even managed to maintain some semblance of being smooth and soft to the touch, something that everyone who has cut my hair since the age of 25 has commented on. So when I look at my mother's two brothers and their full-grown, forest-thick beards, I wonder what it is that is missing from my genetic code to allow for the same. For the vast majority of my life I've enjoyed being clean-shaven and having to take the razor out only occasionally. Over the last few years, for reasons I don't really understand, this has started to change. I'd like to give a beard a try, but only if it can grow consistently in a reasonable amount of time.

Given how a week's growth on my face looks like something the average guy can conjure in 24 hours, the definition of reasonable will likely need to be defined as "less than a year".