This morning, right before my second cup of coffee for the day, a package arrived containing a new tool that would help me accomplish new things for the day job. It was the culmination of several years of careful requests, strategic software acquisitions, and scores of "impossible task" completions. For inside the nondescript cardboard box was a very descriptive white box that contained the most powerful computer that I've had the luxury of using: a 2019-era 15" MacBook Pro. 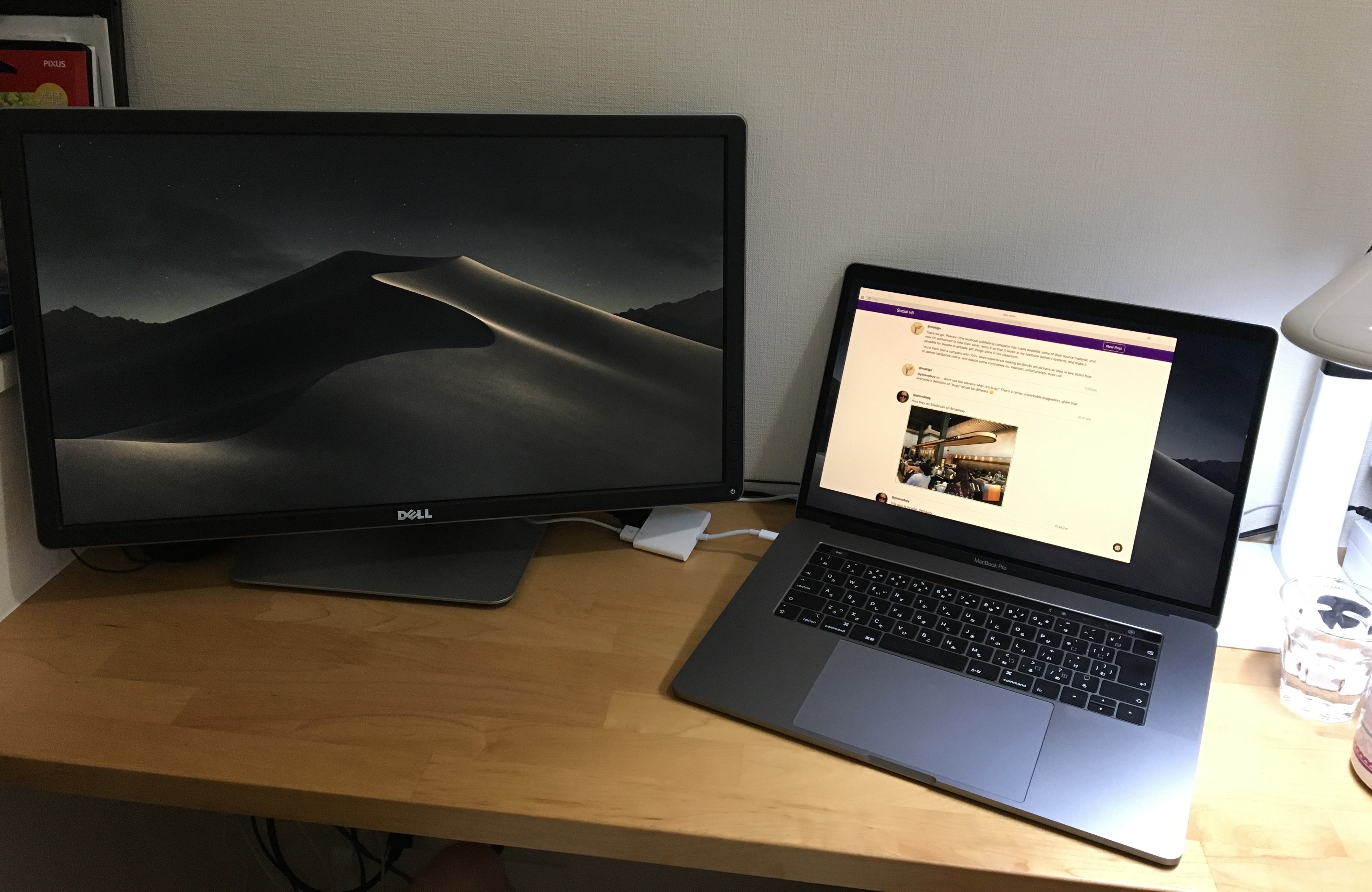 This machine will replace the personal MacBook Pro that I've been using for the last few years for everything work-related, which will free up the older device for personal work. What I like about this is that there's a clear separation between where work files exist and personal files exist. If I'm developing for 10Centuries or any of my other personal efforts, then I can grab the older device and get work done without worrying about whether there might be some sort of career-ending argument in the future with regards to using work devices for personal projects or vice versa.

Of course, there won't be a total separation between work and personal use of the new machine. The image above clearly shows Nice.Social on the 15" screen. However, this limited use should not set off any alarm bells.

The primary reason for this new MacBook is to overcome the RAM problem that I've lamented for the better part of a year. Next week I'll be participating in a 40-hour online course for some enterprise tools where the suggested amount of RAM for a machine is 16GB. However, even when a machine has 16GB, the development software is still sluggish and outright painful to use. On top of this, I do a great deal of work with databases, both local and overseas, that often requires some rather complex transformations and seemingly endless datasets. My previous Mac could do these things, but just barely. In order to keep up with the demands of the job, I needed something more flexible. I needed1 32GB of RAM under the hood … and that's just what this machine has.

For the stuff I do most of the time, I am rarely constrained by the CPU. The personal machine has just a 5th generation Core i5, which is still plenty capable for the vast majority of what I do. The new machine has a decent 9th generation Core i7, which is noticeably faster in every way. In addition to this, there is a dedicated video card to help power the 4K external monitor and even one of the crazy-expensive USB-C to USB/HDMI/USB-C adapters. All in all, the day job invested quite a bit of money into this machine and I'm quite happy with the look and feel of the unit. The 15" display is quite a bit larger than the 13" screen on the older unit and the clarity of the picture is just a treat to look at. My eyes have yet to get tired from using the machine, which makes it substantially better than any of the Lenovo and Dell machines that I've been assigned over the years2.

But what about the keyboard?

Over the last couple of years I've read a lot of articles online where people have lamented in 10,000 words or more the keyboards on the MacBooks made between 2016 and now. There are the obvious mechanical reasons to detest the keyboard, such as not being able to type certain characters after getting a little bit of dirt under the keys, but there has also been a rather vocal contingent of people who have been sorely disappointed by the feel of the keyboard, saying that there's an insufficient amount of key travel and the clackity-clack when typing is just too loud. My personal MacBook is one of the last models to use the older style keyboard that everyone seems to love, so I was concerned that I might not like typing on the newer keyboard if it feels like typing on an iPad, which is how people have compared it. I've been typing up a storm on the notebook and am using it right now for this post, but I've yet to find anything bad to say about the keyboard. In fact, I like it much more than the keyboard on the previous device and possibly on every Lenovo ThinkPad from before 20173. The feedback feels completely natural. The clackity-clack as I type makes it sound as though I'm typing twice as fast4. The palm rejection on the massive touchpad is almost perfect.

What's there to rage against? I don't understand why so many people are demanding blood for releasing a keyboard like the ones on modern MacBooks. Am I "doing it wrong"?

Despite having the new MacBook for less than 12 hours, I have a very good feeling that it will compliment my work more than hinder it.