The last time I wrote an iOS application was when I was using my first MacBook Air and iOS 6 was all the rage. The tool was pretty simple, allowing customers of a shuttle company to see the current location of the next bus. If the person using the application wasn't at a designated stop, then the nearest embarking points would be shown on the map with the location of as many as two busses and their expected arrival times. When iOS 7 was announced with its very different UI language, I decided to put more energy into web and API development — which is where I've spent my energy over the last six years, learning and refining skills to make things that people might want to use. However, as the title of this post loosely suggests, I've been playing around with some of the recent Xcode betas and re-learning how to write applications for Apple's mobile platform. 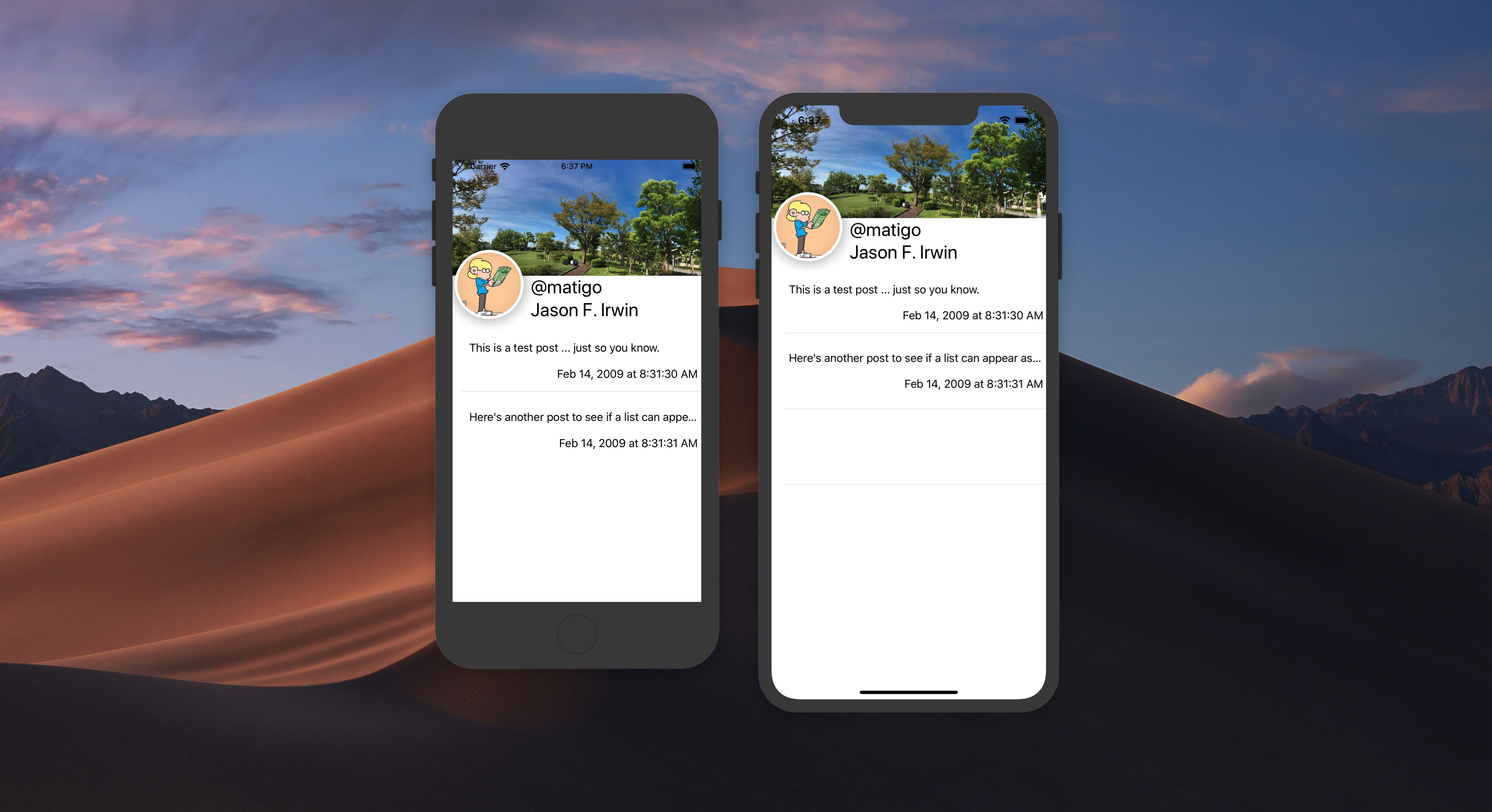 As part of my future goals, I had mentioned that the first iOS app I planned to create would be for blogging, because none of the apps I've tried really work for me. However, after some feedback from people using the social side of 10Centuries far more than the blogging/journaling side, it made more sense to build something that people could use for the casual posts. The web interfaces are sufficient as a proof of concept, but shouldn't be the only way people can use the service. Jeremy has adapted Macchiato for the current version of 10C and there are a couple of automated scripts giving people access to the system, but it makes sense to use a platform that I know quite well as a way to get back into iOS development. Doing this will also help me find gaps in the API that could be improved, which will also give other developers better interactions with the system. Hopefully it will be a win-win.

The current plan is to have a simple application at near feature parity with Nice.Social ready for the AppStore by the start of November. The system will have "Sign in with Apple" integration and the ability to join the service and create personas from within the app. One feature that will be held back for the moment is the ability to write blog posts. While it'll certainly be possible to write a really long item and send it to the server, the app itself will not be designed as a place for long-form authoring. Instead the goal will be to allow people to get in, publish, and get out as quickly as possible. The timeline will be slick and quickly refreshed. Notifications will let people know about mentions. Hopefully this will be enough for a "Version 1" of the tool.

One question that I'm asking myself is how quickly I should get in touch with an Android developer, because there's only so much time in the day and I'm not at all equipped to test applications for that platform.