Last weekend Nozomi developed a bit of a problem using her hind legs and it resulted in me playing nurse for the week. Today, after what feels like an eternity, the puppy managed to actually walk a little bit outside. She's struggled quite a bit these last few days, generally walking no more than a few paces before sitting down and remaining stationary for an hour or more. Seeing her cover about 20 metres of relatively flat park all by herself was a wonderful thing. 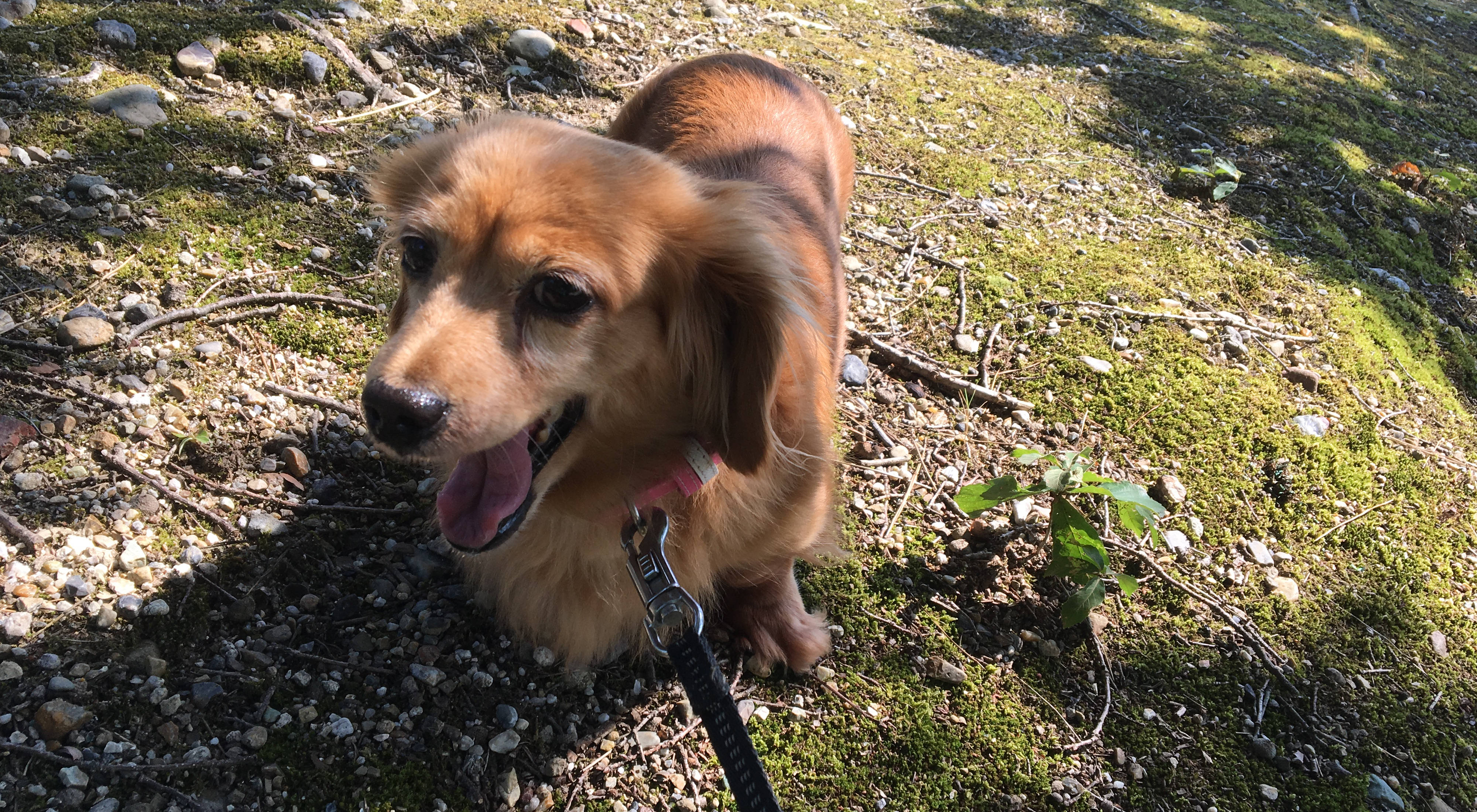 Miniature Dachshunds tend to have lifespans of 12 to 16 years, which is bad news for me as I'm rather fond of Nozomi. She doesn't heal nearly as quickly as she used to, but neither do I. There are some other dogs in the neighbourhood that are just a bit older that are unable to walk to the park. They're generally brought either on a bicycle or, in one case, a Radio Flyer wagon before being set on a patch of grass and allowed to walk around. This week Nozomi's been carried on my right arm and has been given the same treatment, being set in the shade near her preferred pooping place in the morning, and set near an "interesting" patch of grass in the evenings. Both locations are her preferred places to explore and relieve herself, so being carried works to her advantage. She gets to do less work while still reaping the benefits of living so close to a park that is regularly frequented by puppies of all breeds and ages.

Should her hind legs remain too weak for the trek to the park and back then our routines will be updated so that she gets carried. The park is less than 80 metres from the front door, making a bike or wagon a little excessive. Besides, carrying the puppy is nice. She gets to feel calm and safe while I get to be strong and maternal. It's a win-win for both of us.

Hopefully she'll be back to her normal self in the next couple of days.