As much as it pains me to admit it, Nozomi is not a young puppy anymore. Sure, I still call her a puppy and occasionally prefix it with an affectionate adjective1, but at 9 years of age her snout is starting to have more white hairs than gold and she's much less interested in long walks. This has has become even more true over the last couple of days; Nozomi is having trouble managing stairs. 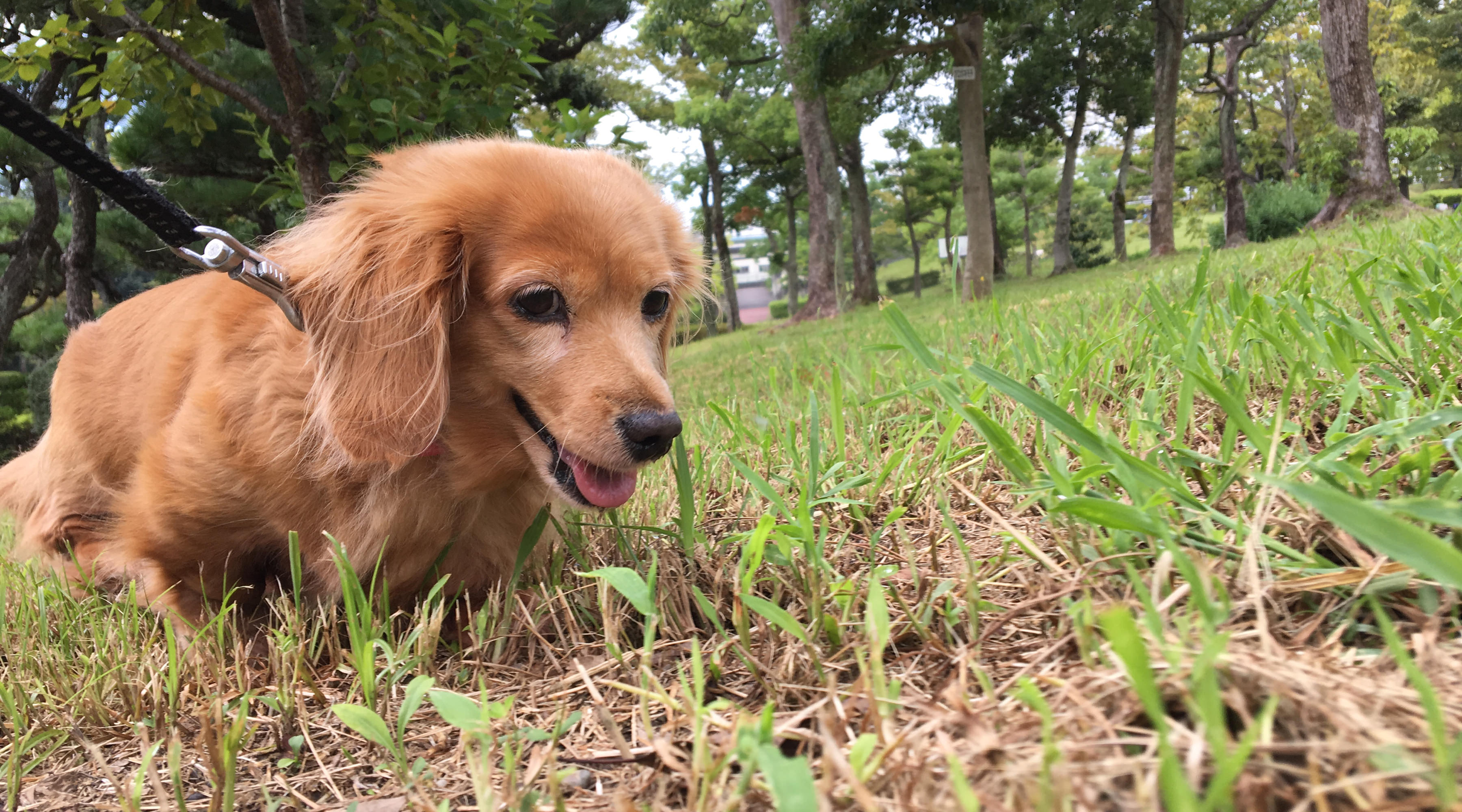 The problem started yesterday morning, but she certainly tried to get down the stairs for her walk to the park. On the way back, though, she just stood in front of the stairs and looked at me with a look that said she wanted to jump up the small steps2, but she just couldn't. I helped her out the last little bit of the way home and decided to bring her to the vet today to see what the problem might be. Did she develop a hernia? Is it something serious? I can't stand to see her in pain or struggling.

Based on the diagnosis, it's nothing too serious. She probably over-extended herself a couple days ago and she has a strained muscle in one of her hind legs. As a result, she'll need to take it easy the next couple of days and get plenty of rest. Both of these should not be a problem for her, but it does mean that I get to be her nurse again. She gets half a pain-killing pill with breakfast, and the other half with dinner. When we go outside, I'll need to carry her to the park, then put her down on the grass so that there's no need to jump the little curb between the walking path and the lawn. And, of course, she'll need a bit more attention during the day so that she doesn't get too restless and move around more, which would aggravate her leg muscles.

I don't mind pampering the puppy every now and again, but I do sometimes wonder if she'll learn how to fake an injury to get a little bit of extra care.