Thanks to the excessive rain over the last couple of months, Nozomi's walking vest started to carry a rather peculiar odour that wouldn't go away no matter how much it was washed. So, given that this particular vest was a couple of years old, it seemed like a good time to replace it. However, as with anything that is actually decent, the model that fits her best is no longer available. Even Rakuten, the abominable website where you can find everything from a Wayne Gretzky rookie card to BitCoin on a USB stick, couldn't find a single seller in the nation. It was time for something new.

Nozomi was a lot more energetic when she first joined the family and would often pull at her leash every time we went outside. Back then she wore a collar, so pulling against the leash meant she'd be choking herself in an effort to explore the world. I really didn't like seeing this, so picked up a vest that would fit nicely around her front torso. Pulling against the leash would result in putting the resistance against her breastplate instead of her neck, and this was much better for both of us. Given our past success with this type of harness, it made sense to look for something similar. Unfortunately, it seems that people with miniature dachshund's like having their pets wear gaudy colours, horrendous patterns, or just plain uncomfortable plastic. Nozomi is by no means a princess, but I won't have her looking like a court jester every time we head to the park. With time counting down before her next walk, though, she needed something that didn't smell foul. 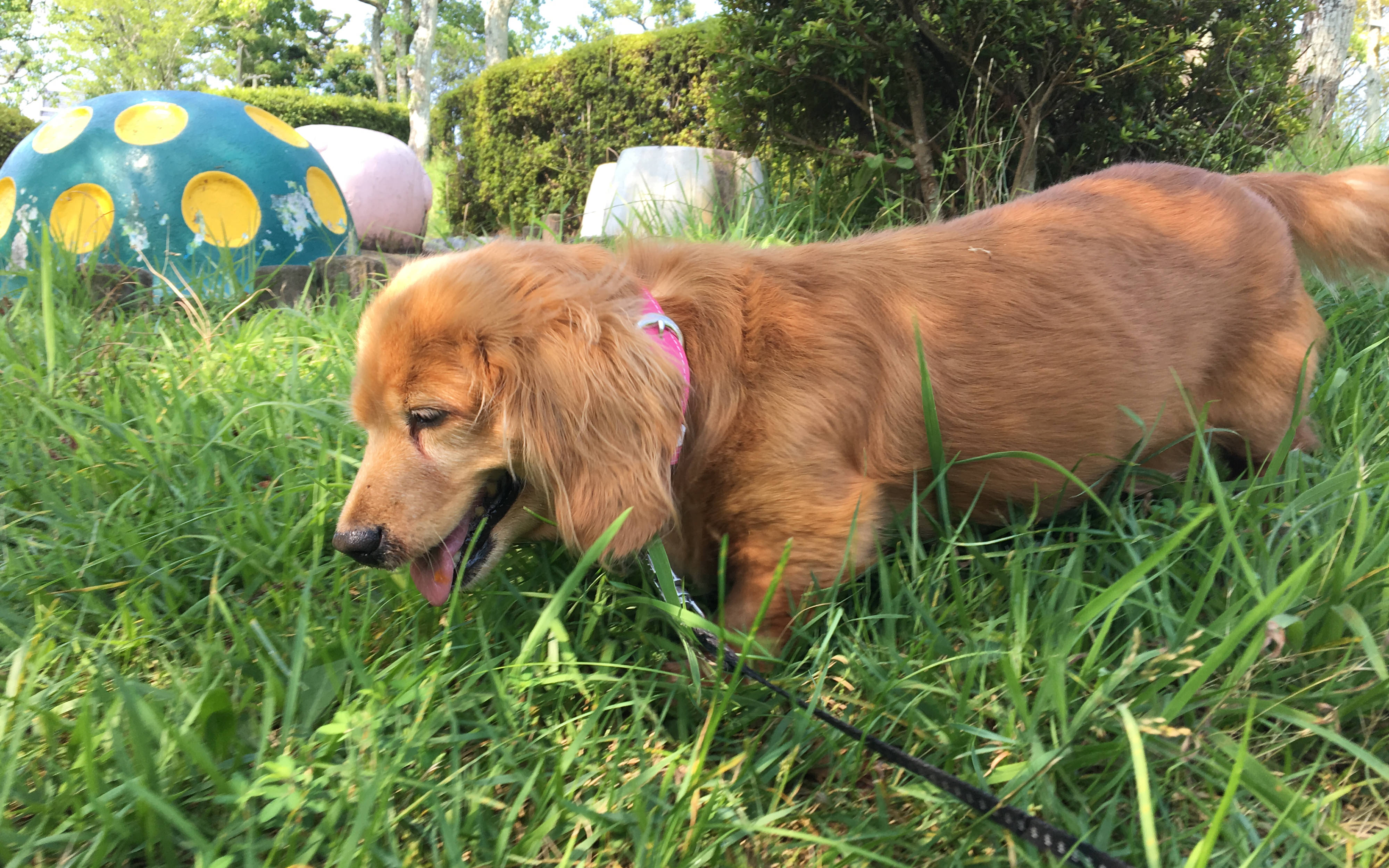 Photographing the puppy is still quite difficult, as she loves to look away from the camera, but her pink leather leash has worked out quite well so far. She doesn't pull nearly as much as she used to and the free mobility around her front legs seems to have encouraged her to enjoy slightly longer walks in the evening, so long as there's a breeze to help her stay cool. We both needed a couple of days to get used to the new collar — Nozomi had to learn that pulling would not feel very nice, and I had to pay close attention to make sure that I wasn't accidentally pulling on her1 — and now we've got our patterns down. The only time I'm nervous about the collar is when we're crossing the road between our home and the park. Cars tend to cruise at around 60kph, which gives us very little time to maneuver if they catch us off guard. I don't want to pull on her neck to get her out of harm's way, so it's become necessary to carry her across the road … just to be safe.

Sometimes I wonder if I worry too much about this furry friend ….