For reasons I'm completely ignorant of, there seems to be a string of videos on YouTube and other places where celebrities hold up a cardboard printout of the Google Search Bar with the start of a question involving their name, and then a bunch of auto-complete options underneath. The auto-complete options are generally covered with some sort of tape to prevent viewers from seeing the questions ahead of time, and the general idea is that the person in the video will answer each item regardless of how silly they might be. For celebrities and other well-known people, this list is generally quite long. Can the same be said for a random nobody like me, though?

Sadly, no. I've been online for almost a quarter century, been published in a handful of magazines, actively participated in various Linux and development groups, and either hosted or produced almost 1,000 podcasts … but Google has almost nothing on me. Heck, they don't even know the answer to the single autocomplete question they offered1 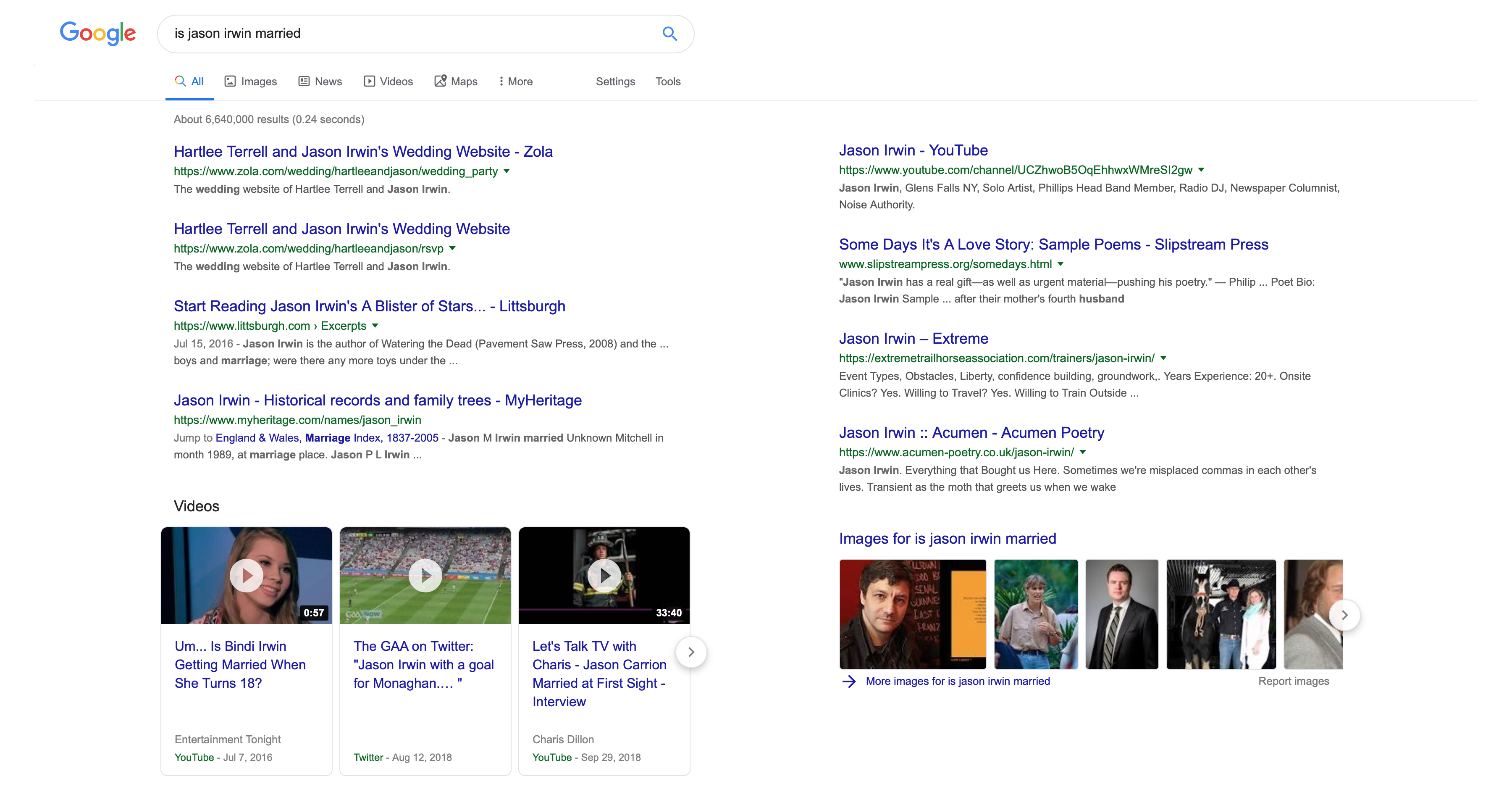 Mind you, this is to be expected. Many years ago when I used jasonirwin.ca as the URL for this blog, I tried quite hard to get up to the top of the Google rankings for my name. I don't remember my best result, but it was certainly in the top 4. There were two radio station DJs, a poet, and a repeat petty-thief that I would compete with at the time. Somewhere around 2015 this changed and I chose to remove myself from Google as much as possible. Cached results and links from other blogs kept my ranking rather high for a while but, as websites went dark and this blog moved to its current domain, the doppelgängers began to take over the first page. Then the second. Then the third. Currently I'm down near the bottom of the fourth page, which is still too high in the results for my liking.

There's a pretty good chance that autocomplete will never show more than this when people type my name in the search bar, and this is a good thing. People who want to find me will know how to look. All it takes is one more word ….