Earlier today @sumudu posted a picture of some oatmeal cookies his daughter made and it brought back a bunch of memories of being in the kitchen with my mother a quarter century ago, making different kinds of cookies and seeing which ones people enjoyed the most1. Several years later, when I was living in Vancouver, I was out with friends and a cookie shop beckoned me to spend money. Inside there was the standard fare such as chocolate chip, double-chocolate chip, and even a double-double chocolate chip2. What caught my attention, though, was an oatmeal cookie that had cranberries and apricot. In Vancouver, a treat like this is called a "breakfast cookie".

As one would expect, I picked up several. 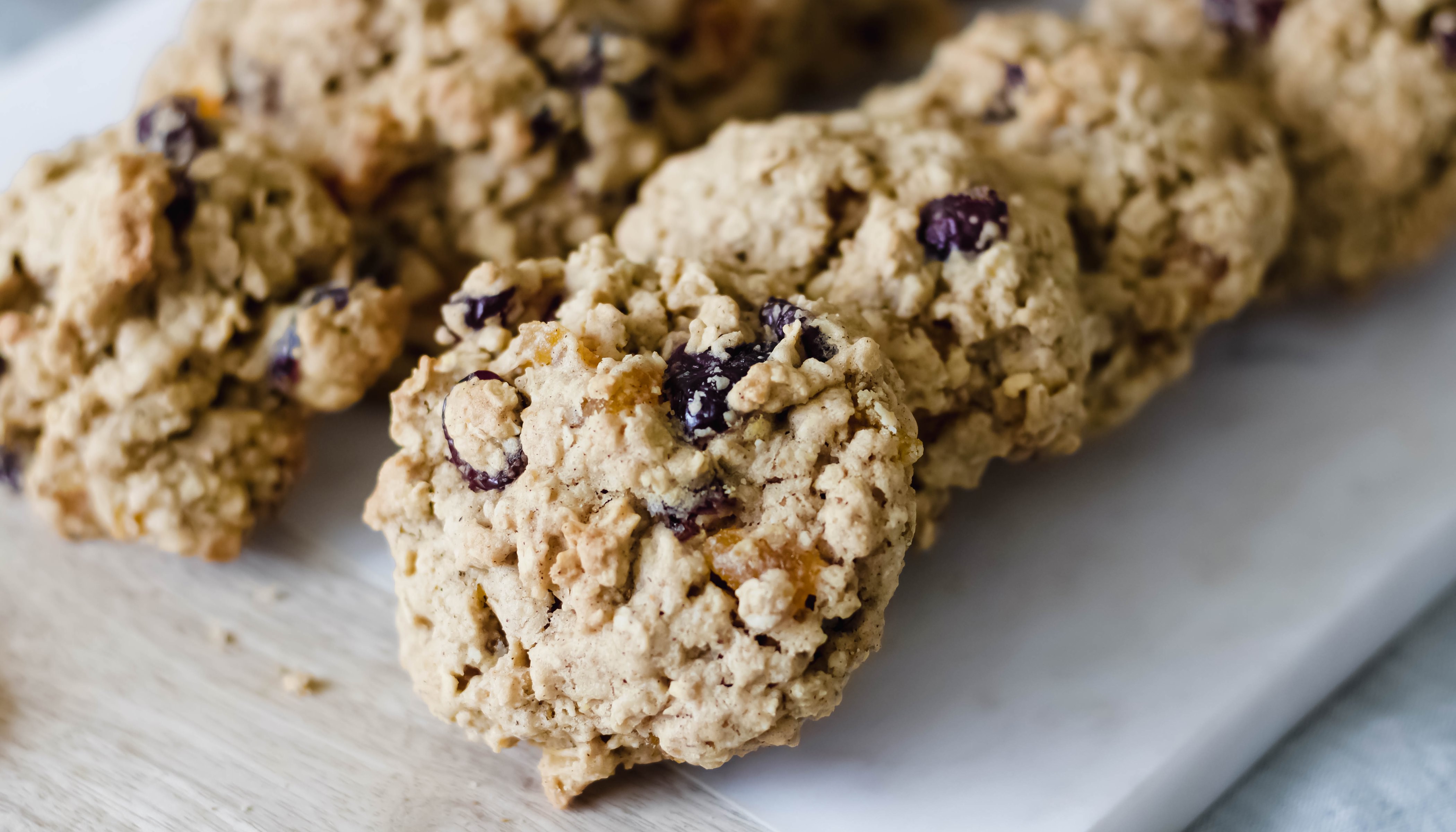 A couple years ago when I started compiling recipes from family to use in my own kitchen, I remembered this cookie and went looking for a comparable recipe online. The recipes I tried weren't quite the same but, with some experimentation, I think I landed on a pretty close facsimile.

This will make about 14 decent-sized cookies and the house will smell absolutely delectable. The last time I made these — about a year ago — the neighbours across the street came over to see what was in the oven. They were surprised to find that I was the one baking the cookies and they were more surprised when they had one. Oatmeal is not very popular in Japan for some reason, but the batch of treats I made didn't make it to the end of the next day.

I may just need to set a reminder to make these in the autumn when cranberries are not priced into the stratosphere.