Reiwa: The Next Imperial Era for Japan

A little after 11:30 this morning, productivity in Japan came to a halt as people tuned in to watch the country's chief cabinet secretary unveil the name of the next imperial era. This is something that is generally only seen once or twice in a person's lifetime, and is something that affects just about every document that gets written in the country. Unlike most countries in the world, Japan has two official date systems: the Gregorian calendar, and the 元号 (read as "gengo") Imperial era. Much to the surprise of many, the next era's name will be 令和 (read as "Reiwa"), meaning "fortunate harmony". 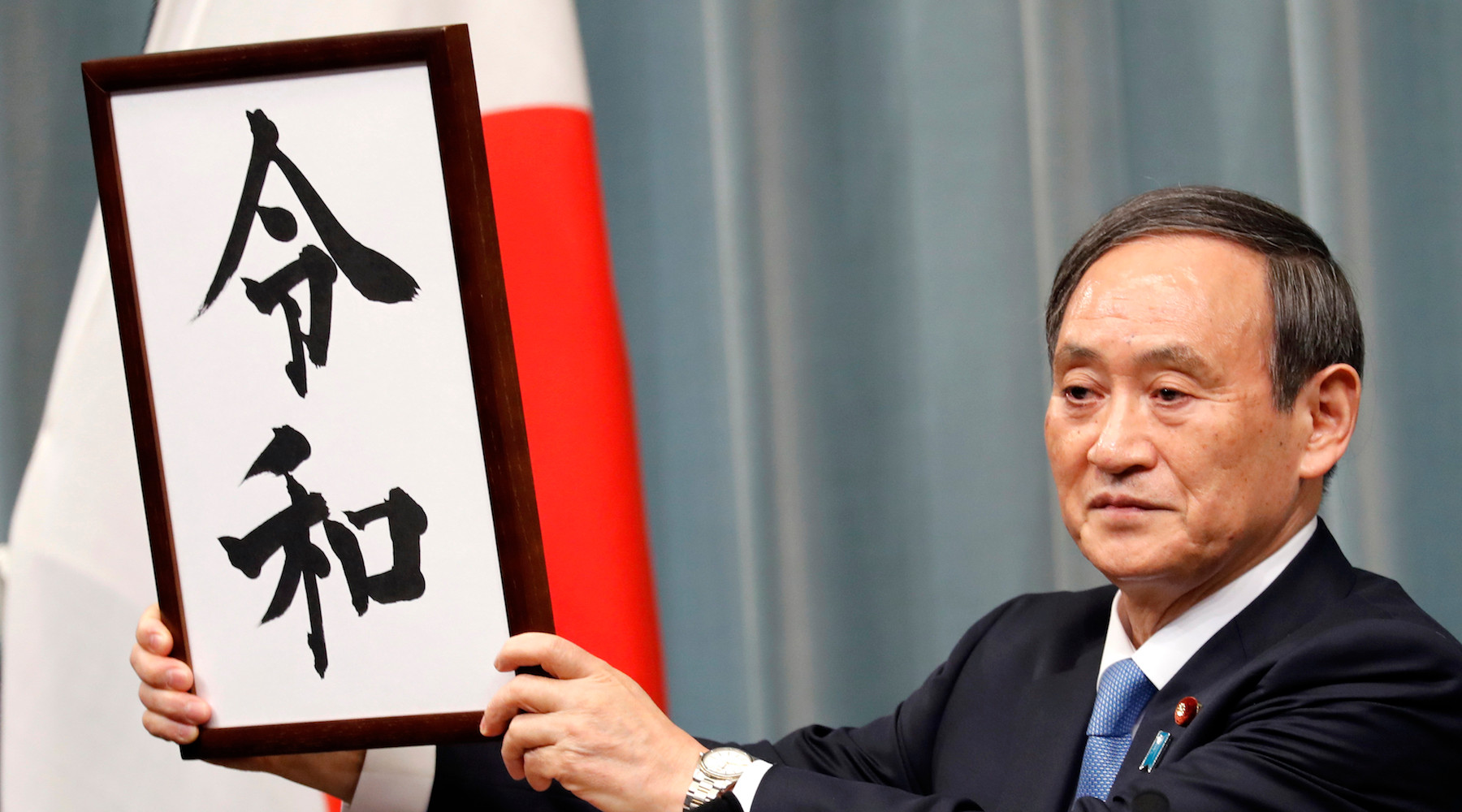 In my neighbourhood the new name was met with a bit of confusion, as the majority of people expected the next era to start with some form of "Kei" rather than "Rei", but soon everyone was on board given the general simplicity of the characters. For me it'll be quite easy to write as the first character, 令, is the same as in my wife's name. The 和 is also similarly easy as it's the second character in 昭和 (read "shōwa"), the era I was born in. Traditionally when a new emperor is crowned, the 元号 that denotes the era is changed. There are also times in history when the era name was changed after a large natural disaster or when an unpopular emperor wishes to recast the latter half of their reign. There have been close to 250 eras since this tradition began some 1300 years ago, two dozen of which I can name. This new era begins on May 1st, coronation day for the next emperor of the country.

This means the Japanese calendar will go like this:

The Japanese calendar dates are used on all official documentation, particularly if it is related to money and/or the government. All of my mortgage documents, for example, show the year I signed as being 平成29 or 平成30, with the final payment taking place in 平成65, even though everyone knew that the current emperor had signalled his intentions to step down ahead of these dates. Fortunately we will not need to go back to the bank to update the paperwork for the new era, but we will need to remember that 平成65 is actually 令和34 which will be in 2053 … assuming that Emperor Naruhito is still in good health at the age of 93 and has not stepped down for his son Hisahito to take over.

As one would expect, this semi-regular confusion around dates has lead to some people calling for the abolition of this "imprecise" calendaring system for the full adoption of the Gregorian calendar that is used across much of the globe. Given the cultural propensity to hold onto tradition, there is little chance that Japan will completely step away from using 元号 in the near future. The idea that Japan is living in the future or otherwise throwing caution to the wind by forever living for tomorrow is terribly inaccurate. Like many countries a long history and deep sense of pride1, most adults are generally conservative and follow traditions. The culture has certainly evolved over the course of its history, as one would expect, but not at the expense of what's been considered good from the past.

When the next emperor is crowned it will be akin to a new year for people across the country. Some will make "resolutions", just as people might for January 1st, and others will choose not to. One thing is for certain, though: everyone will appreciate the incredibly long Golden Week holiday this year. In my case, I get to clock off work on Friday April 26th and not do a thing for the day job until the morning of Tuesday May 6th. Six days of paid national holidays, and more than 65% of the country's employed people will take advantage of it.