You win some, you lose some. Today I most certainly lost some … storage space. Turns out that when you make use of VirutalBox and want to shrink some drives, you really shouldn't use an XFS file system. After a ridiculous amount of time, I discovered that 430GB of SSD storage cannot be easily recovered because I made the foolish decision of using XFS instead of ext4 when building the Ubuntu SQL Server VM. XFS partitions cannot be shrunk, and the zerofill tool won't even read the file system. Given that the server that's hosting the VMs only has 936GB of SSD storage in total, something tells me I'll be recreating my local SQL Server playground at some point this week and sticking with the defaults a bit more.

Being on the Pacific side of the continent, there is typically a constant stream of planes flying overhead as people make their way over the ocean. Lately the number of vehicles ferrying passengers to and fro seems to have increased in the skies above my home. This might just be something that I'm noticing more thanks to the darker night sky that Nozomi and I enjoy every night, though.

Twice this past week the anxiety monster reared its ugly head after walking the puppy outside over imaginary problems that the mind concocted while in the park. The rational mind dismissed these issues as the fictional nonsense that it was, but the irrational mind refused to let go. This resulted in an inability to calm down until after 2:00am twice in the last seven days. The only good thing that came from this is the Search API that has recently been released for 10Cv5. Not being able to unwind and having a couple of extra hours in a day can give a person incentive to get important work done.

Speaking of 10Cv5, I need to get some documentation out. This week I'll invest the time to make some basic documentation showing how to authenticate, work with the Posts API, and how to change settings for Personas, Channels, and Sites. Having some pages that explain what these things actually are would be useful, too, as there may be some confusion between Accounts and Personas, and Channels and Sites. They're similar, but different in important ways.

Last week Ichiro Suzuki decided to call it quits and retire from the sport that he loves. There was nary a word about this in any of the European or Canadian newspapers that I read on a daily basis, as might be expected, but every Japanese news program cancelled every non-Ichiro story to dedicate their entire program to his announcement and its "analysis". Given the amount of coverage that the man received, one might think the guy is more popular than the emperor … and maybe this is true. Baseball is very much a part of the country's modern identity.

This weekend the boy was treated with some udon from a popular restaurant in the area. As expected, he couldn't get enough of it. We've been careful of what he eats while we're out and about due to possible allergies and a concern about the high salt content in foods in this part of the country but, as he's already two, we're showing him that there are lots and lots of different kinds of food to enjoy. 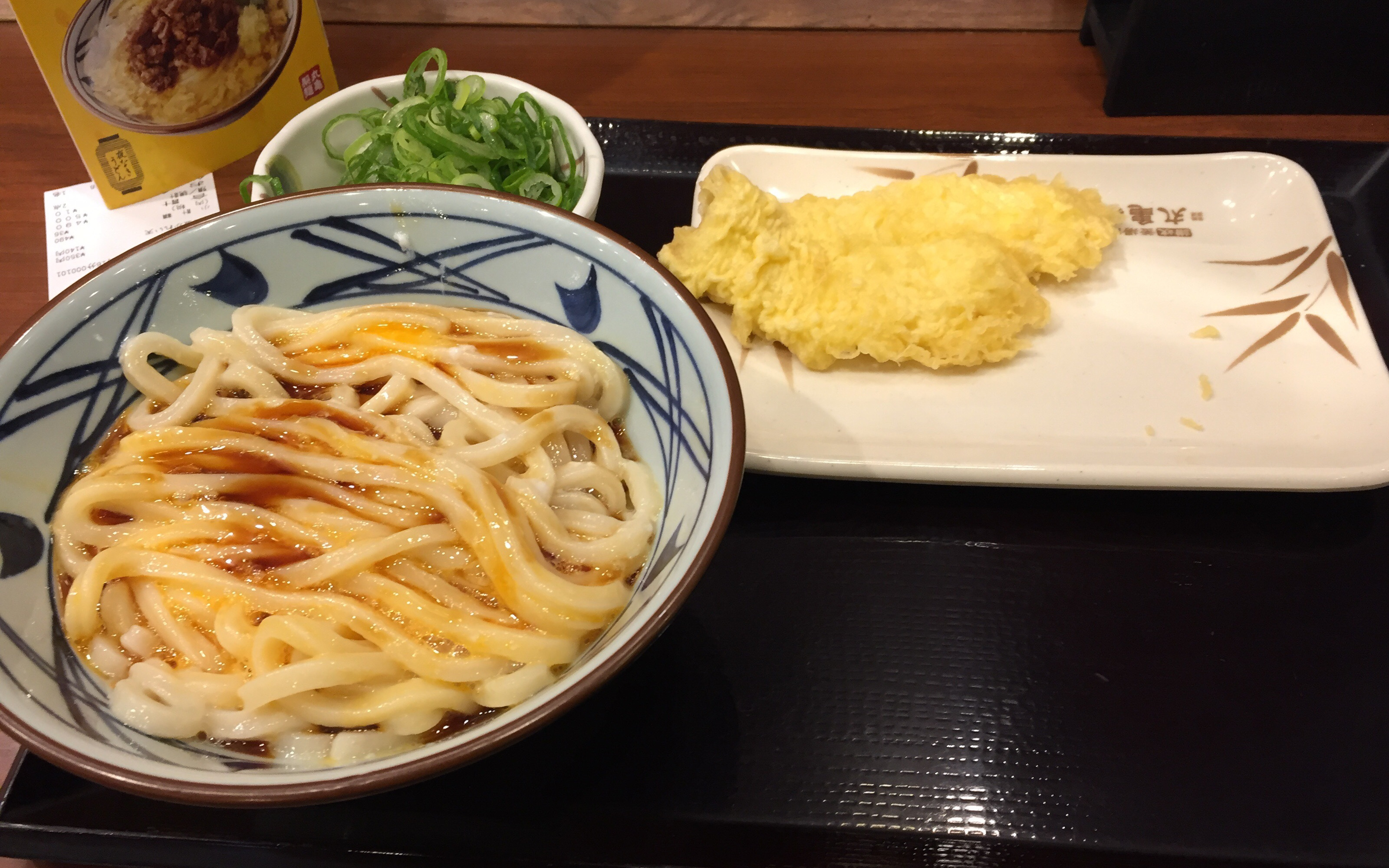 Something tells me he's going to be asking for "maru game"1 a lot in the coming months and years.