Over the last couple of years I've been remembering a lot from my time living in Hamilton. Be it the early memories before my parents split, those forged during the seven years my father and I lived on the east side, or the three years after college where I lived first in a basement, then in an over-priced apartment on "the mountain"1. As with any place where a person spends many of their formative years, there are a hundred stories I could tell that would reveal just how much of a fool I used to be and how little I've changed over the years. What's interesting is that I moved from Hamilton to Vancouver in 2002 because a lot of what happened to me while living in that city after college was seen as vastly more negative than positive. Time heals most wounds, though, and reading the local paper every couple of days shows what's changed as well as what's remained the same. As odd as it is for me to say, I would really like to go back for a little bit to roam around the city, show Reiko and the boy some of the places, and see for myself how the city has evolved over the years2. 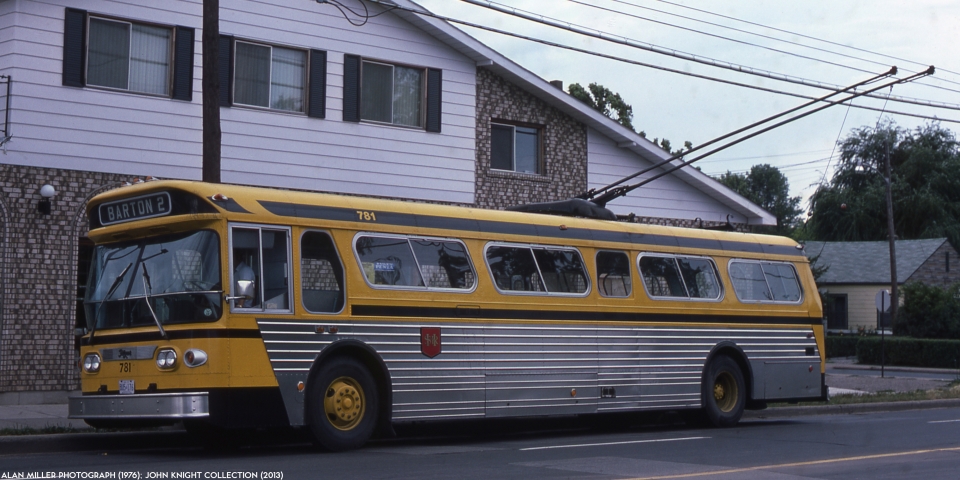 Growing up, I would see a lot of buses painted like this. The yellow paint has long since been relegated to highlighting the white and blue scheme that's in use today.

While attending college in 1998 and 1999, I met a man who had just moved back to the Hamilton area after living in Japan for 15 years. From 1983 to 1998 he lived near Osaka and taught English at a number of schools. Upon returning to Canada with his wife and son after the Great Hanshin Earthquake, he found that there was nothing he was qualified to do. He did enjoy working with computers, though, so went back to school to learn new skills and acquire certifications. He and I would often talk tech and work on various projects together. I'd ask him questions about Japan and he would ask about local businesses that had moved or closed down over time. The Hamilton he recognized was gone, replaced with the one I knew. A few months after finishing school, he still hadn't found any meaningful work and his wife had run out of patience with Canada. The family packed up and returned to Japan3.

While there's little chance that I'll move my family halfway across the planet to Hamilton4, I wonder what sort of reverse culture shock I might experience if we were to visit. The demographics of the city have changed quite a bit in the last two decades as have some of the landmarks, but there would still be a lot of history carried forward into the present. The college that I attended has long since changed location. The downtown commercial district doesn't appear to be a dirty, abandoned place anymore. The places I've lived still exist. The schools I attended are still standing, one of which has been converted into a retirement home, oddly enough. The awful traffic and fun-having spots haven't changed, either. Would I feel the same way about the city today as I did in the early 2000s? Probably not. The city has changed and so have I.

Reiko and I have talked about visiting Canada at some point when the boy is old enough for cross-world travel. When we do make a visit, I will aim to spend at least a month in the country. This would give everyone time to acclimate to the very different time zones as well as visit some of my family with a less-rushed schedule. Ideally we would fly to Vancouver, spend a few days there, rent a car, and drive east. This would give all of us an appreciation for just how large the country is while visiting friends and family along the way. Should I have the opportunity, I'll make an effort to spend some time in Hamilton just seeing how the place has changed. A number of family members still live there, so it wouldn't be too difficult to fit in some visits to the old stomping grounds along the way.