A Face Full of Pollen

Yesterday's weather was so nice after a couple of days of rain that just about every house in the neighbourhood had laundry hanging outside to dry. This house was no exception, as several baskets of clothes went through the washing machine and onto the line in the yard. Included in this laundry were pillow cases and pyjamas so that every recently worn article of clothing would be fresh and ready to go the next time we needed them. A noble goal that was achieved by mid-afternoon. There was just one little consequence of the nice weather: pollen. 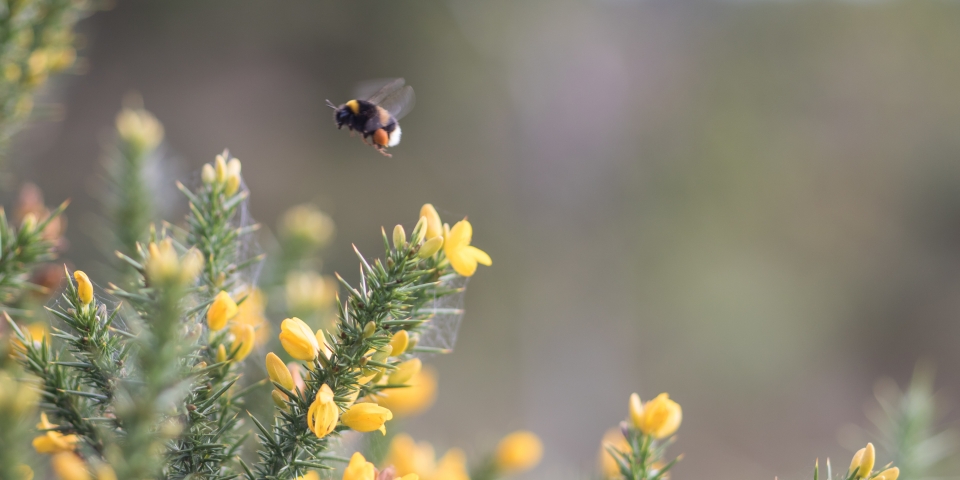 This week has seen my allergies flare up to a degree I haven't experienced in several years. Eyes so itchy that they feel dry despite the tears. A nose that can't decide whether it wants to run or plug up solid. A throat that is forever parched regardless of how much water, tea, or coffee I consume. How is a person to contend with such an above-the-shoulder assault? On Sunday I broke down to pick up some Contac allergy pills from a nearby pharmacist and these have helped immensely during the day. The recommended dosage is two pills twice a day. These things do not give me 12 hours of coverage, which means that there is a clear gap somewhere in the day. If this morning is anything to go by, the opportunity for attack is about quarter after three in the morning.

To the best of my knowledge, never have I woken up by sneezing. This morning made it clear that such a rude awakening was not only possible, but transferable between dreams and reality. One moment I was standing in what looked like a Home Depot looking at trees and seeds for the yard, feeling a tingle in the nose to warn me that the body was about to convulse, and the next moment I'm laying horizontally in a semi-fetal position pulling in a bunch of air in preparation for a sneeze. Given that two other people sleep in the same room, finding a way to sneeze quietly while still trying to understand where in creation you might be is no easy feat. The sneeze wound up being directed into the crook of my arm, which had the added benefit of a slight muzzling of the unconditioned reflex. Two more followed up in quick succession, and I made my way out of the room so that people could continue to sleep while I stumbled around in the dark in search of relief.

My nose was clogged beyond belief. My eyes itched so bad I wanted to tear them out of my head. My throat was so dry it felt like sandpaper. And more sneezes were on the way.

Because the boy is intensely curious about everything, medicine is kept far from his reach. I made my way past the safety gate into the kitchen and grabbed the box of Contac. Tempting as it was to consume the entire supply in a bid for more immediate results, I took just two pills1 with water and waited.

And waited some more.

An hour later the body was starting to feel almost normal again. Not wanting to wake Reiko or the boy, I stayed downstairs the whole time, but sleep was beckoning and a 6:00am teleconference would be no fun without just a little more rest. So, as I wasn't sneezing anymore, I went back upstairs to climb into bed. Sleep never returned, but I did get to listen to the morning traffic while killing time before the morning meeting. The pillow case that was likely responsible for giving me a face full of pollen didn't cause any more problems during this time, but I'm not taking any chances tonight. I'll take two pills right before bed and hope that there isn't another repeat of this sleepless adventure.