A little over a month ago the day job provided a Lenovo X1 Carbon notebook to replace the personal MacBook Pro that I've used almost exclusively for the better part of three years. All in all it's been a pretty decent machine that, if it had more RAM, would be the ultimate computer for just about anything I might need to do at the day job1 for the next couple of years. Despite this limitation, there have been some pleasant surprises over the course of the last few weeks, such as the gigabit ethernet. 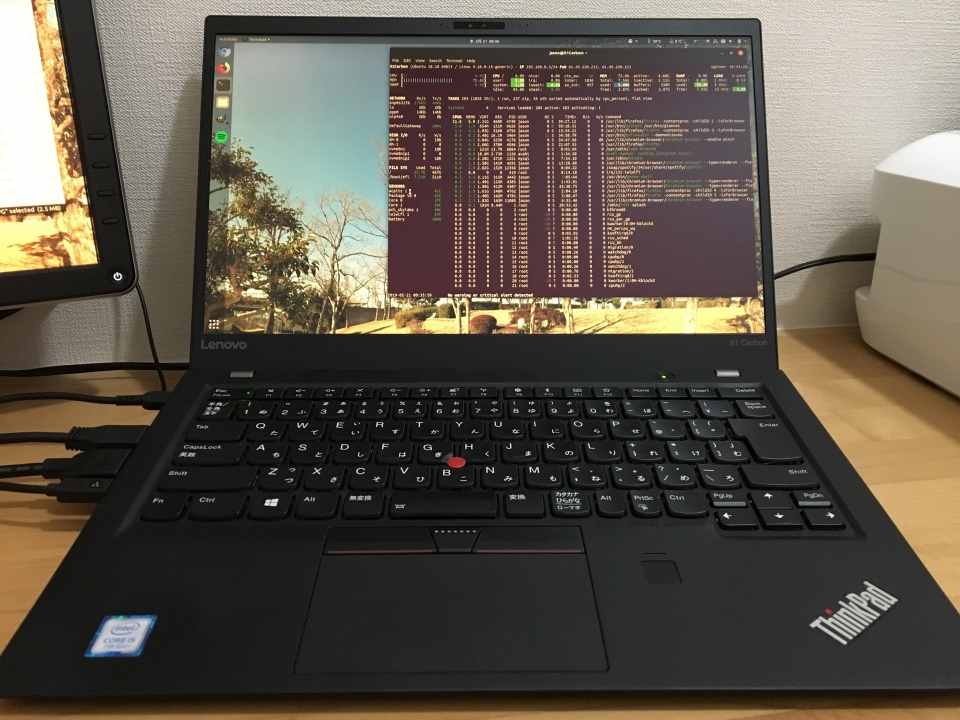 Since moving to the new house, I don't use WiFi with the notebooks very often. The wireless data is fine for phones and tablets, but the heavy-lifting machines are generally moving information that I would rather not leak over the airwaves2. For this reason, the notebooks are connected to the network that runs throughout the house. What's nice about this is that I can move at the full speed of the network adapter when moving information inside the house, and this makes it possible to do crazy things in a pinch. When I used the MacBook Pro, the wired network connection was provided via a USB-to-Ethernet adapter that topped out at 100MBits per second3. The Thinkpad, however, has a gigabit adapter. The server upstairs is also gigabit. The network supports 5Gbit across the wires.

You can probably see where I'm going with this.

Words fail to describe just how crazy it feels to run a virtual machine on a local machine using an image on a server upstairs without observing any noticeable performance issues. Seeing that the daily 5GB backup file was generated, shipped upstairs, and removed from the local machine in under 16 seconds leaves me wondering just how much faster computers need to get … because I sure as heck don't need any more speed. A dual-core i5, like what's found in this notebook, is not the beefiest of processors but a Samsung NVMe device sure hides the fact. I understand that this is an incredible luxury, as not everyone can receive a decent machine from their employer and use it on a speedy wired network that has just one person using it4. This doesn't mean that it can't be appreciated, though. The digital tools in this house pay for the mortgage, put food on the table, and makes it possible to set some extra aside for the boy's future education needs. It's nice that modern tools can continue to surprise and amaze us.