While exploring more of the area during an extended walk today, I happened across a sundial; the second I’ve seen in the last dozen or so years. The device wasn’t being particularly effective as a result of the cloud cover, but it did appear to be properly oriented to show the approximate time1. What I found interesting about the device was the choice to use a combined analematic-equatorial sundial design rather than the cheaper, more familiar horizontal dial with a triangular gnomon. 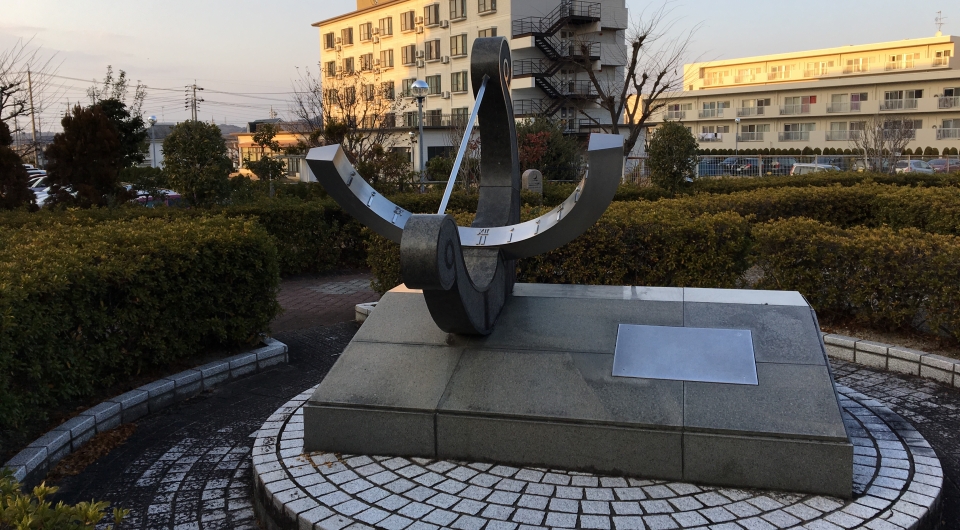 My home was built in West Komaki City, a completely planned series of neighbourhoods with the standard fare of amenities. The designs were drawn up in the 60s with construction of the entire mini-town taking place for much of the 70s and early 80s. The first generation of families have already seen parents retire and children move away, but there is a growing number of new families buying vacated lots and building homes. Reiko and I seem to have come to the area right as this change started, which is good news for the boy as he should have more people to meet and play with by the time he starts kindergarten.

Because this is a planned community rather than an organic one, there are a number of walkways, parks, and random objects passing as art that people can enjoy. This sundial sits to the side of a walking path near an abandoned train line, and it makes me wonder what other interesting objects I might find in the coming weeks and months as I continue to explore the various roads and paths that make up this rejuvenating city.