The Simple Things in Life

Nozomi may not meet the various definitions of higher intelligence, but she certainly isn't stupid. For more than eight years she's tried to show me the importance of simply enjoying the moment for what it is. This may not be an intentional lesson, but it's one that I can imagine she's attempting to convey with her incredibly expressive face. 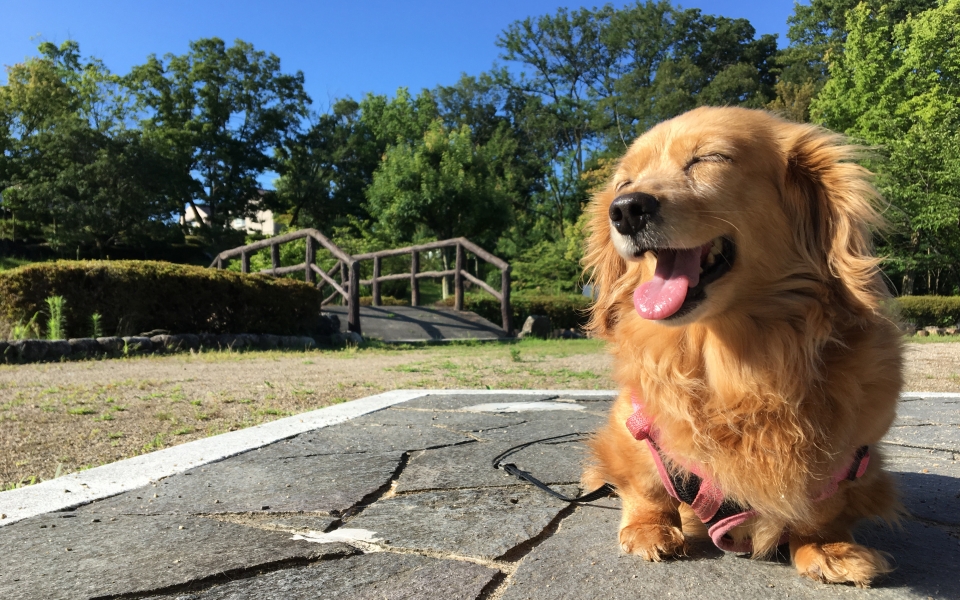 Over the last three days I've managed to avoid doing very much related to the day job. Servers have sent me messages with warnings about various failures and problems, but I'm not worried about these as the tools I've made are able to handle 99% of the suboptimal situations it might face when interfacing with other systems. Nobody has called with an emergency request and, more importantly, the work Skype account has been absolutely silent for the first time since February. Some of this is likely the result of disabling notifications for all the work-connected applications, and shutting off the tablets that are prone to beep and chirp whenever someone so much as glances at Slack or one of the other 12 communications tools employed across the organisation. Without the constant reminder that "things are happening", I'm able to do something I haven't been able to enjoy for months: I can actually relax.

There's no denying that this past year has been pretty demanding on a number of fronts. From buying a home to global travel for meetings to a pair of promotions to raising an increasingly active boy, the daily To Do list has grown exponentially while the number of hours to complete these tasks has remained the same. As someone who likes to complete things1, it's important that every task for a given day is completed on or before that day. Unfortunately life does not always allow this to happen.

The last three days, though, have been quite different. I'm reminded of the short period of time last year when my primary projects at the day job were starting to wrap up and people were beginning to think about what sorts of goals they'd like to begin from the next fiscal year, starting in April. In theory, I fully expected to have upwards of three months of light work while managers spoke amongst themselves about all the things they wanted. There's no chance I'll have three months of light work anytime soon given the very different set of expectations and responsibilities placed on my shoulders in 2018, but I am not required to do anything at all related to the day job until January 3rd … and it's nice.

The extra time has gone into longer walks with the puppy, more active playtimes with the boy, better listening comprehension when chatting with Reiko, and even a greater degree of focus and understanding when reading books. If I am ever presented with a team of people to manage, one of the many things I will try to enforce is downtime. People need the ability to switch off for a while, and some people need help in making this possible. I clearly fall into this latter category, given that I've either given up taking holidays or felt forced to renege on holiday time requests to appease whatever manager or project team might be on a rampage that week.

There's little chance I'll take better care of my personal time in 2019, given that I've fallen into the same patterns year after year for two decades, but I really do need to make the time to enjoy these simple moments with the people around me. Nozomi will be nine years old this coming spring, putting her past middle age. The boy will be two next month, meaning he's about to start making friends and interacting with other people. Without getting all Harry Chapin about this, there is only so much time available with those we care about. While people at the day job may shout, holler, and scream like a banshee at times, nothing I do will ever result in the loss of a life. Nozomi can have that extra five minutes to sniff every low-hanging leaf on the bush. The boy can have the extra five minutes to ask me for the 1,000th time that day what food is in his hand2. The topic comes up on this site a lot, but I really do need to slow down and manage my time better. Otherwise, the endless anxiety and pressures to be more productive than is reasonable will lead to some very serious medical problems, and some very serious isolation as the people and puppies around me move on.