Earlier today I was reading about the Japanese government's intentions to upgrade two Izumo-class "helicopter destroyers" to support F35 jets, making these the first two vessels to be officially classified as aircraft carriers. Under the country's American-written constitution, the nation's military can only be used for self-defence purposes. By having aircraft carriers there is a good argument that Prime Minister Abe is in violation of the country's laws and could be removed from office. This won't happen, though, as he's been working his entire career towards pushing through a reinterpretation of Article 9:

1 - Aspiring sincerely to an international peace based on justice and order, the Japanese people forever renounce war as a sovereign right of the nation and the threat or use of force as a means of settling international disputes.
2 - In order to accomplish the aim of the preceding paragraph, land, sea and air forces, as well as other war potential, will never be maintained. The right of belligerency of the state will not be recognized.

The first paragraph is widely understood to mean that Japan renounces war. The second often creates confusion as Japan does indeed have a well-trained military that includes an army, a navy, and an air force. The current opinion from scholars and the government is that the SDF1 does not constitute "war potential" but instead the country's right to self-defence, which is not prohibited in the first paragraph. The definition of "war potential" here means to have forces far greater than is necessary to defend the borders of the country from external threats. As of 2018, the SDF has almost 250,000 active personnel, and another 63,000 in reserve. Enough to defend the country and respond to emergencies, but not enough to wage war with any nation larger than the Marshall Islands2.

Which brings me back to the helicopter destroyers and the government's plans to upgrade two of them to support fighter jets; vehicles that are generally used for two purposes: combat and projecting power. 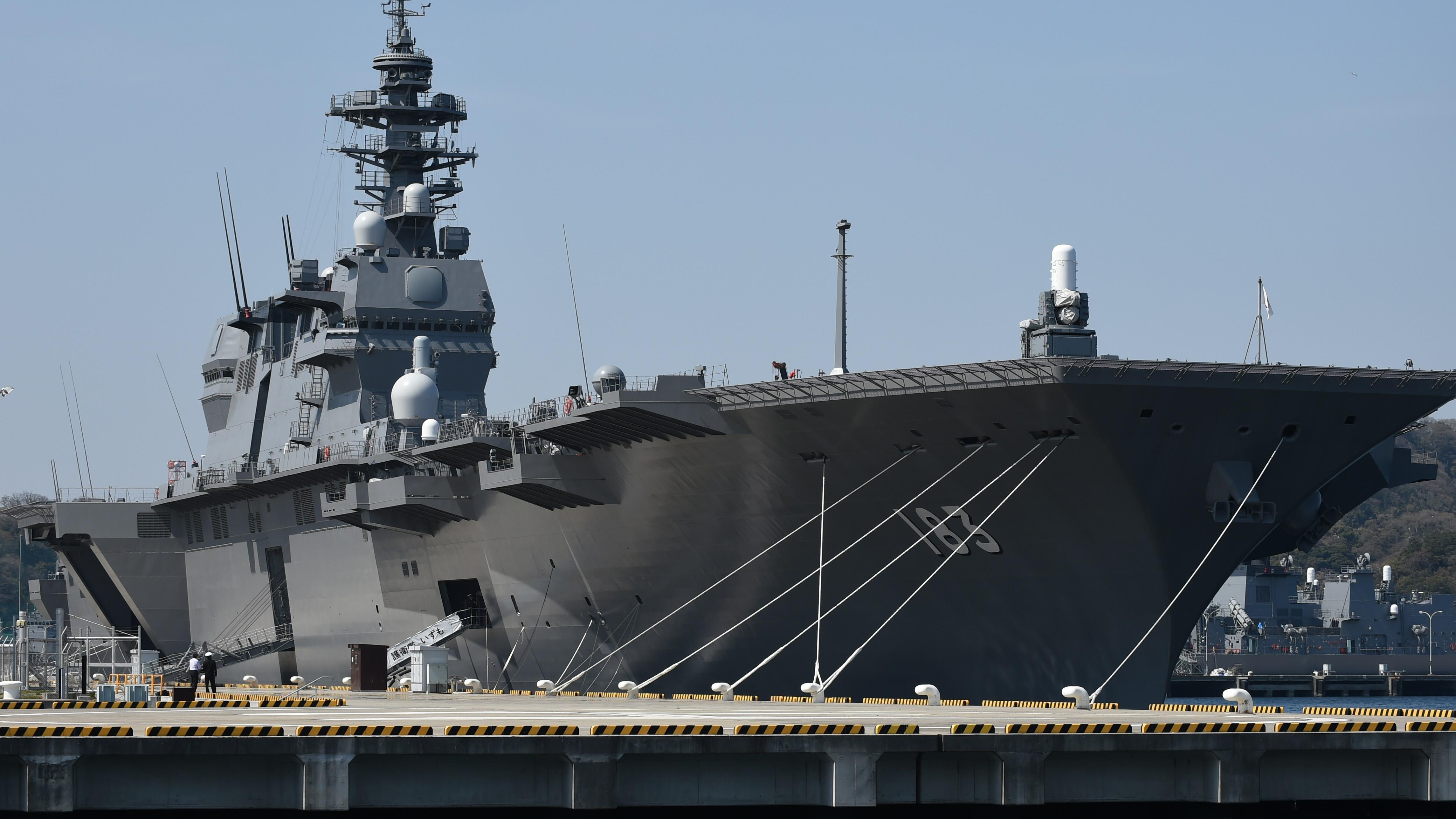 The government is quite nervous about China's growing influence around the world. As America closes itself off from the rest of the world, ambitious leaders are vying to fill any power vacuum. China has been incredibly smart in how it expands its influence and often provocative in how it expands its territorial waters. Japan knows that it cannot rely too heavily on the US for protection from neighbours much longer and so Abe sees this as his opportunity to continue his goal of expanding the military and removing the shackles imposed by the constitution. This does not mean that the country is on its way back to being an aggressive instigator with delusions of grandeur like a century ago, but the Prime Minister has been clear in his desire to see the country move from a logistical support and peace-keeping role in international disputes to something a little more proactive.

As one would expect, the general public is not particularly keen on the idea.

Like many of the citizens of this island nation, I'm not particularly keen on the military being used offensively when we are not at war as a result of being physically attacked3. That said, I must admit that I cannot see anything constitutionally illegal about the Prime Minister's plan to have the flight decks of two helicopter destroyers upgraded to support vertical-liftoff fighter jets. The Izumo-class destroyers were designed with this upgrade in mind and, if we found ourselves under attack from an external force, the destroyers could very quickly load up with Osprey and F35 fighters, rendering the destroyers as aircraft carriers anyway4.

While the prospect of war is not something that makes logical sense anymore, we do not live in a world ruled by logic. By having just two carriers, the same number as China, the country sends a message of parity. Japan isn't trying to be stronger than its neighbours. It's trying to be equal. What's unfortunate is that this move will be conflated by government assemblies in Beijing and Seoul and used as justification to respond with further military spending, which will give Abe more incentive to continue on his mission to strengthen Japan's offensive capabilities.