The first version of Ubuntu I installed was 4.10 way back in the autumn of 2004. The OS has come a long way since then, and I've been an active member of the community for darn near a decade. That said, I've not used too many of the different flavours of the operating system. Ubuntu MATE has been my primary desktop environment since 2015 and, before that, it was vanilla Ubuntu straight from Canonical. Today I had a little bit of time so decided to give Kubuntu a try after watching a couple of videos about the differences between the KDE, Gnome, and MATE desktops. 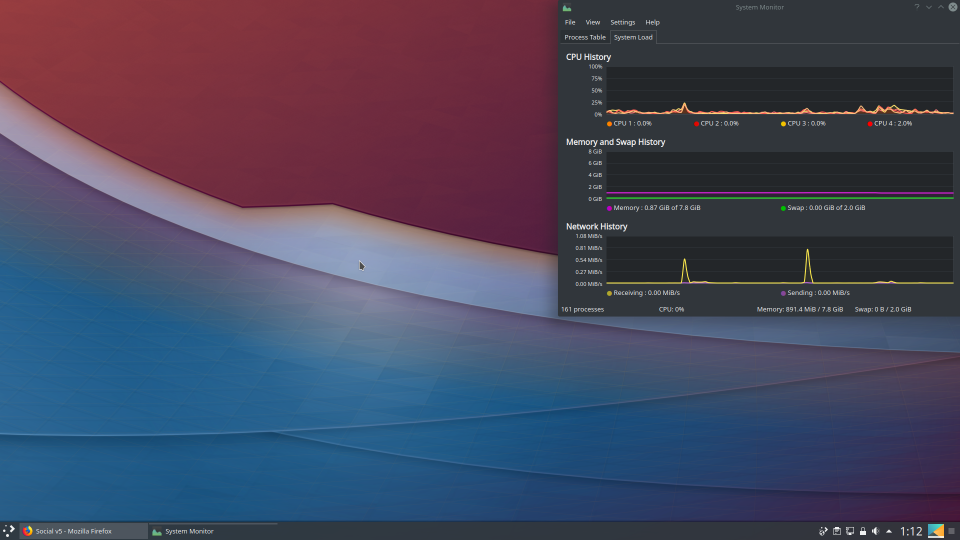 Right out of the box I I had a couple of issues to clear up, such as the lack of a working keyboard on my Lenovo W541, but this was quickly resolved with a driver update via the terminal with the help of the virtual keyboard. This was likely a problem with the virtual environment more than anything else, as very few people have reported similar problems. The second issue wasn't really an issue. The default theme was a little bright for the screen, so a darker version needed to be set. 30 seconds after the first boot, I was finally ready to get started with some clicking and installing.

It should be mentioned that this post is not going to be some sort of review of Kubuntu, as it wouldn't be fair to review an entire operating system when I've spent less than an hour with it, but I can say that there are a number of things that I appreciate. The minimal memory footprint is nice. For the moment I've set the system up in a virtual machine with 8GB RAM and 4 cores, yet a tiny amount of memory is actually being used. CPU usage is generally decent, even when installing software and compiling applications. The fonts are easy to look at, as are the consistent menus and dialogs.

An hour after using this alternate flavour of Ubuntu, it might just be the next version of Ubuntu I install on a machine.

In order to test this enjoyment of something different, I'll set up the VM to act as a development environment. It will get all the same tools that are currently installed on the host Ubuntu MATE system, so there won't be any sort of handicap when comparing environments, and I'll see which one works better over the next couple of days. While I enjoy using the MATE desktop, there's something mildly exciting about working with a new interface. Should the system continue to impress, then it might just be the base OS I install on the development machines going forward.