Many Canadians can tell you where they were on September 28, 1972, assuming they were alive at the time. Some might even be able to tell you what they were wearing, who they were with, and other seemingly minute details of that fateful Thursday when, for a brief period of time, the country came together as one and celebrated being Canadian … and Team Canada's victory over the Russians in Game 8 of the Summit Series. 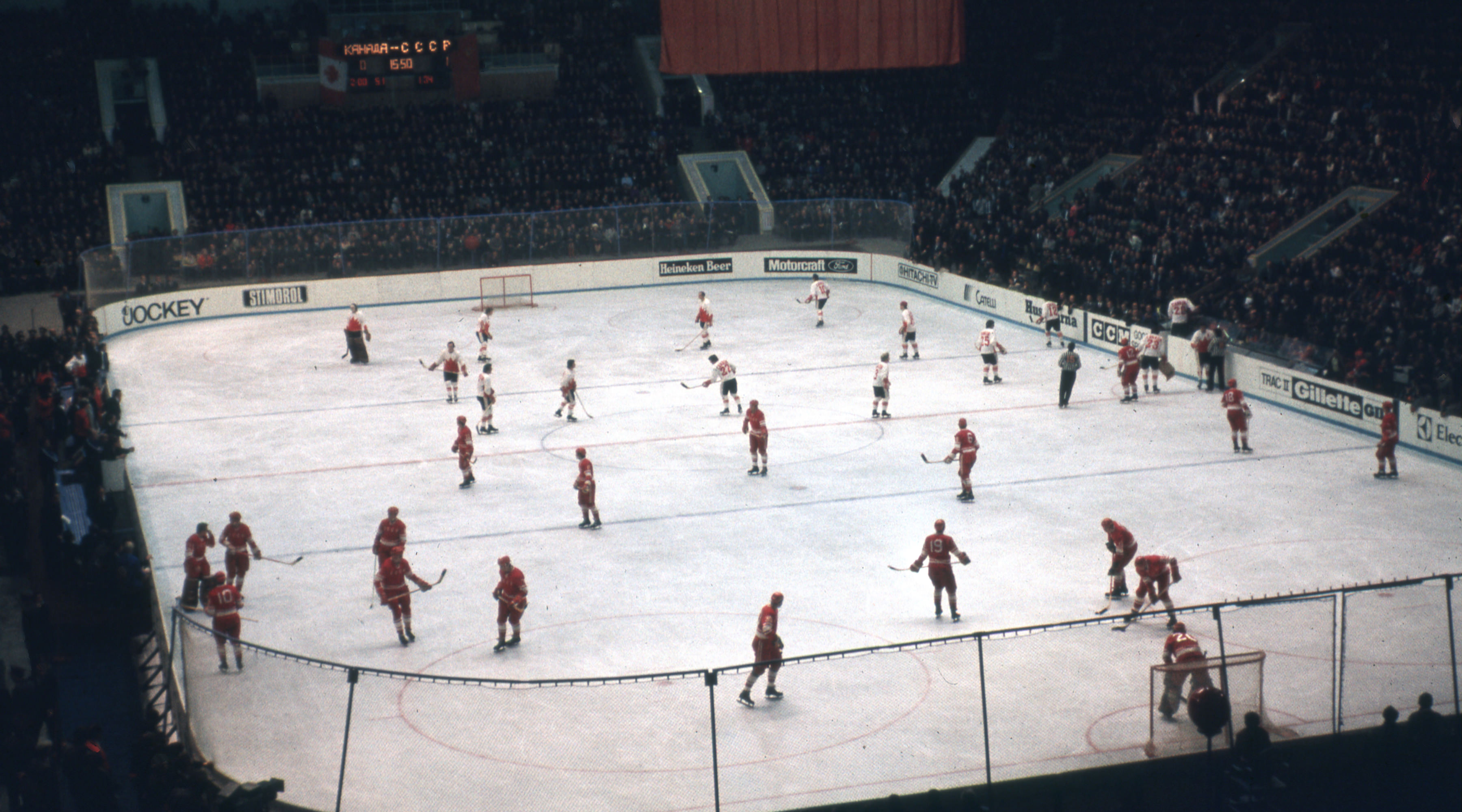 While in Tokyo today, a documentary on the '72 tournament was recommended and given high praise by someone I have a great deal of respect for. Given my heritage, he thought I might enjoy watching the show and was right. Regardless of how many times I've seen footage from the classic competition, the excitement of the game never fails to stir irrational feelings of patriotic pride. I was not yet born when the games took place and I've spent nearly a third of my life outside fo Canada, so where does this sentiment stem from?

Either way, my colleague wanted to know my thoughts on the documentary, as he enjoyed it thoroughly.

"Da, da, Canada. Niet, diet, Soviet." I remember saying this when my father an I would watch recordings of the Summit Series and whenever Canada would play Russia in the Olympics or other world hockey tournaments. While I was growing up, Russia — before the collapse of the USSR — was always seen as a country of highly skilled, emotionally devoid super-humans who would dominate any sport that involved competition. Their athletes approached games from a completely different angle and this often resulted in dramatic wins. Few nations could compete against the trained talent and sheer determination exhibited by the Soviet champions. But hockey? That's Canada's sport. Never mind that the official national sport is lacrosse, a game that nobody willingly chooses to play. Hockey has been the country's national pastime for as long as the sport has existed.

Watching the documentary reminded me of all the stories people have told about the series, particularly the events surrounding the last day when Paul Henderson became a national hero and perhaps the greatest person to ever play for the Toronto Maple Leafs. My father had fond memories of watching the game in school with his classmates. Most uncles and aunts had similar stories. My one grandfather took the day off work to watch the game while the other went into a diner that was showing the game and enjoyed the spectacle with a bunch of strangers. My colleagues who were old enough at the time also had stories of the day and would reminisce every time the topic of "great hockey" came up — which, in Canada, can quite often.

However, what the documentary also reminded me of the 2002 Olympic Games in Salt Lake City; the last Olympics I paid any attention to primarily because of the hockey games. Both of Canada's teams won gold that year despite the referees that were clearly aiming to see America usurp more medals than they were due. In 1972, Team Canada had to deal with some rather controversial referees who clearly wanted to see Mother Russia win by any means. Players and coaches shouted, threw objects, and were ejected from games, but the team carried on and won despite the one-sided calls. A similar situation was seen in Salt Lake City when it seemed a Canadian hockey player would be given a 2-minute penalty for sneezing without a permit. Still, despite the poor refereeing, Team Canada pulled thorough.

A lot of people see Canadians as being friendly, laid back people who never stand up to authority. This is very much a stereotype, as Canadians are only friendly and laid back when they're not actively participating in a hockey-related activity. When the puck is on the ice, the gloves come off. We're passionate, vibrant, loud, and proud. Our hockey players are champions, from midget1 league all the way up to the NHL professionals vying for Lord Stanley's Cup. We take the game very seriously and our allegiances to specific players or teams can sometimes lean towards fanaticism. This is to be expected, though. Hockey is part of the country's identity and has been for decades, just as the documentary shows.

All in all, I enjoyed seeing some of the hockey greats talk about their experiences in 1972. The game was very different back then. The world was very different. What has stayed the same, however, is the pride many Canadians feel when they think about that last game in Moscow … even if they weren't there to witness it at the time.