Pokemon Go Is Still a Thing?

This morning the family and I decided to enjoy some time outdoors with the nice autumn weather by visiting a large park that Nozomi and I used to frequent when she was younger. This time of year usually involves a number of festivals around town and none were scheduled to take place where we wanted to go, so figured it would be mostly empty. Oddly enough, when we arrived just before 11:00am, the parking lots were more than half full. We expected to find the grassy areas full of people having picnics and otherwise enjoying themselves and, while there were a number of families and people walking dogs, there weren't nearly enough people in sight to justify the number of cars in the lots.

Aside from a comment or two on the lack of people, Reiko and I put it behind us as we wanted to enjoy some time with the boy. Ochiai Park has a couple of water-based attractions that kids enjoy, and we wanted to see how he would react to them. 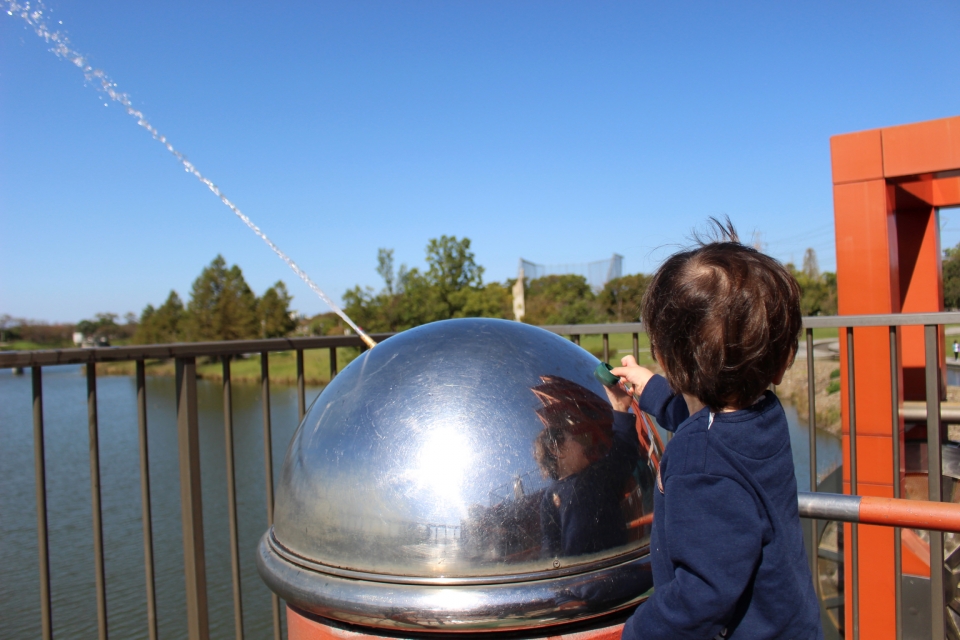 For the better part of 45 minutes, we made our way around the large pond that dominates the rest area and took photos at every opportunity. On occasion we would see a gathering of people but didn't give them too much attention. The boy was enjoying himself, and we wanted to be part of the moment.

On the way back to the parking lot, though, we noticed something odd. The parking lot was crowded. Both with cars and pedestrians. People were congregating in front of a large staircase. Everyone had a phone in their hands. One man I saw had three phones and a tablet. Few people were talking, and almost everyone was looking at their device. It was at this moment that the reason for the crowd: Pokémon Go.

This game was released quite some time ago — as far as mobile phone games go — and showcased what AR might be capable of with 2016-era mobile technology. Nintendo had a massive hit on their hands, and people young and old could be found playing the game all over the city, head down, staring intently at their screens. I had expected that this phenomenon would fade away after a couple of months like so many other pastimes involving smartphones, but there's something about this particular game that people seem to enjoy. A year after release, one could still see dozens of people playing the game on trains, in shopping malls, and in restaurants. A year and a half after release, one could still see entire families going out on weekends to catch 'em all. And today there were at least 200 people congregating at the park.

I wanted to know how so many people knew that the park would have an Pokémon event, as it wasn't on the park's official website, nor on the city website. Turns out there's a whole series of sites dedicated to helping people find these events across the country. I spent a couple of minutes reading this one and found people talking about taking the Shinkansen three hours from 700km away to play the game and find a rare character. Others talked about taking time off their part-time jobs to be in attendance. Some even had entire lists of which parks would have which creatures, giving people an opportunity to get a character they didn't already have.

In the parking lot, I spotted license plates from surrounding prefectures and one that read 仙台 (Sendai), which is a two-day drive from here at best. While the most likely explanation is that the driver of the car just happened to be in the area for a different reason and wanted to take part, the amount of dedication and pre-planning people did to arrive at the park before the 12 o'clock event start is quite impressive. I can understand young people wanting to spend their time playing a game in the park, but not entire families. There is clearly a lot more to Pokémon Go than I ever gave it credit for.