With the autumn weather finally here, temperatures outside are finally bearable to enjoy a little bit of travel with The Boy. This past summer saw most days approach or exceed 40˚C in the shade, which isn't really ideal when visiting any of the local attractions. First on the list of places to see was 犬山モンキーパーク (Inuyama Monkey Park) where a Thomas and Friends attraction has been running for a little while. Like many young people, The Boy has really taken a liking to the stories of sentient trains and their shenanigans. Fortunately for us, the park was not excessively crowded today. 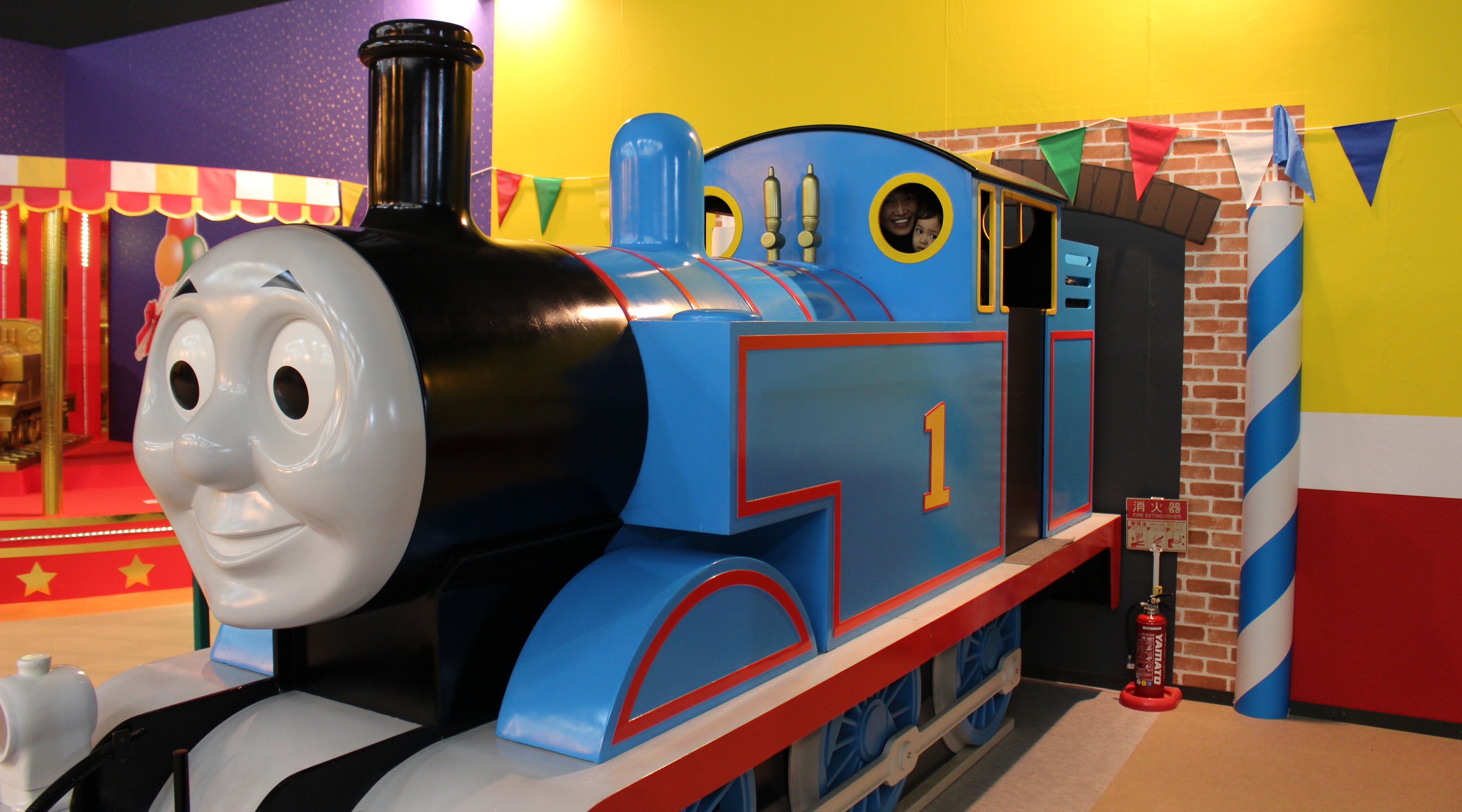 Of the 90 minutes we spent at the theme park, a solid hour was at the Thomas and Friends exhibit. Large-sized models were up for Thomas and Percy, while partial models of James, Harold, and some less-frequent characters were dotted along the walls. As one would expect from an almost-two year old child1, every character had to be touched and stared at for a little while, and you could practically see his mind piecing the bits of information together. Here were his favourite characters that were seen either on TV or in tiny toy form standing right in front of him, larger than life. It's like meeting a celebrity and shaking their hand. 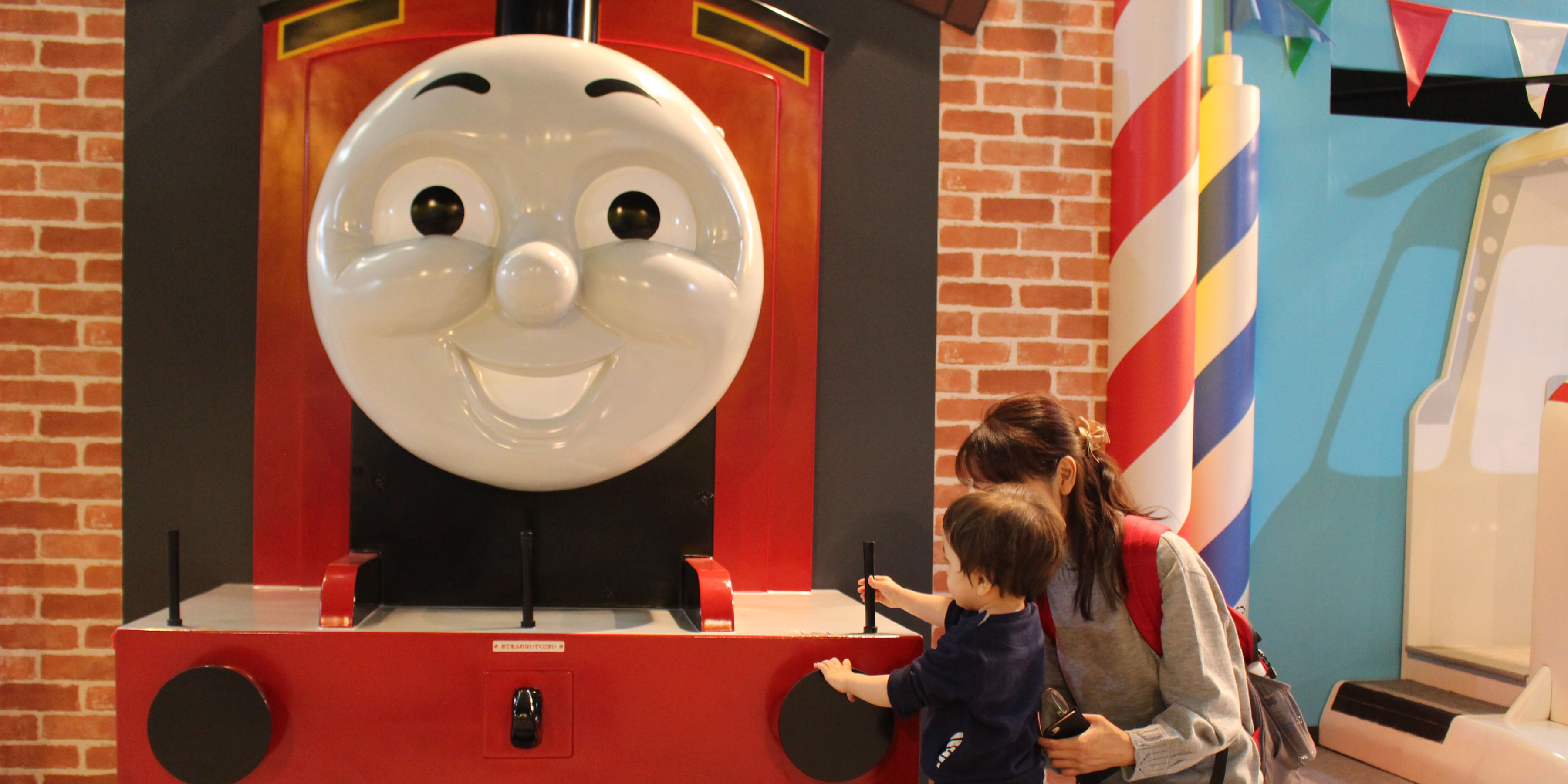 As one would expect from a kids' theme park, there were lots of gift shops and product placement all over the place. iPads with augmented reality applications, lots of plastic objects in the shape of various trains from the show, and the all-too-expected Tomika plastic rail train set, complete with four popular trains running around the track and drawing the attention of every toy-loving child within earshot. 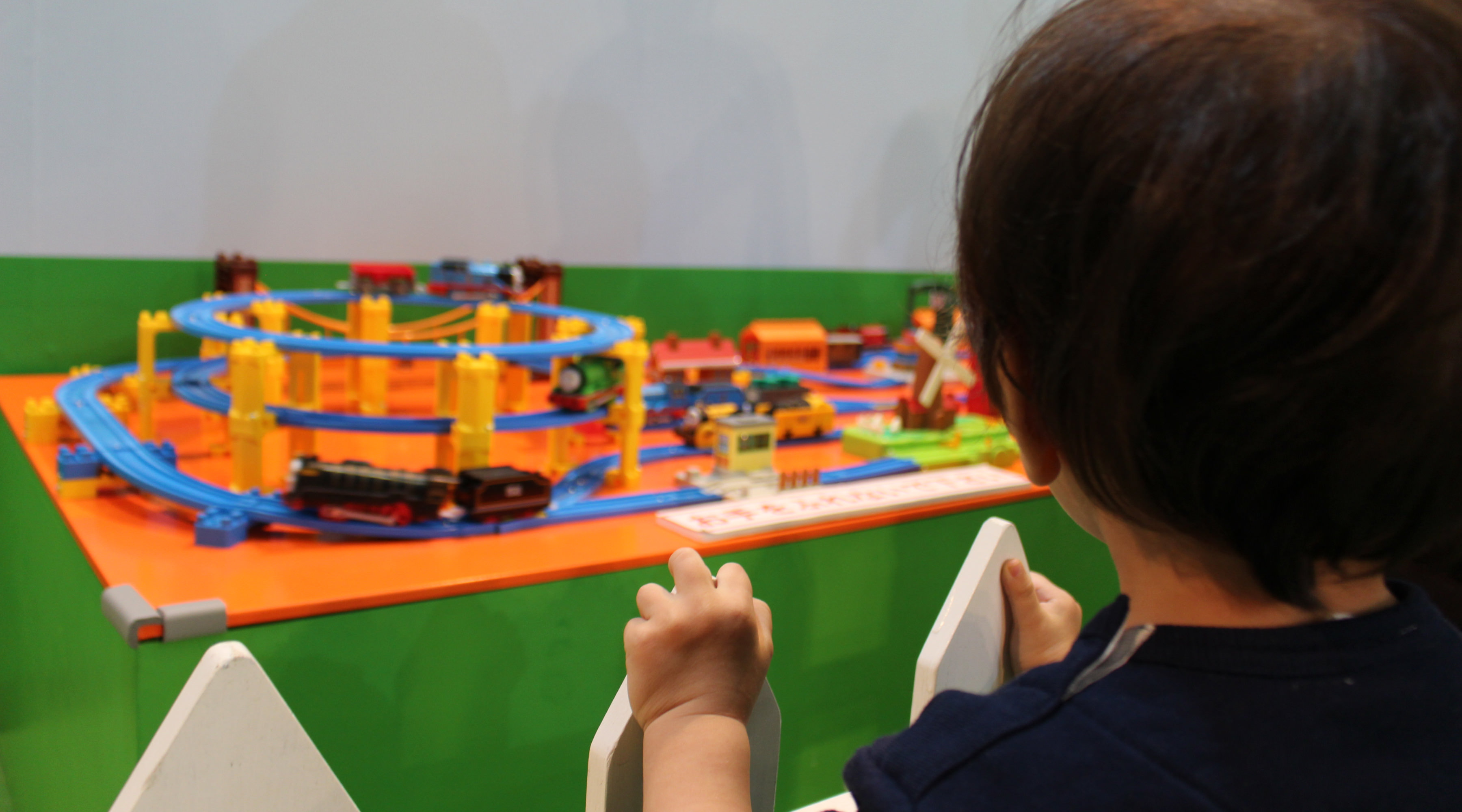 Fortunately there were no moments of frustration from The Boy despite his lack of a nap. He took everything in and enjoyed the spectacle as much as we hoped. While his memory may not be developed enough to have a strong recollection of this day in the future, I do hope he enjoyed his time in the park as a family. Hopefully we can visit more places over the coming months and years as time and money permits.