A Lack of Understanding

Over the last few weeks a very well known Japanese artwork has been appearing on evening TV shows, with commentators all vying for the opportunity to lavish praise on the piece and how it has affected them or someone they know on a deeply personal level. While I may not have as fine an appreciation for art as someone who makes it a habit to visit museums and galleries, the reasons for why a truly remarkable piece is well regarded are generally not hard to find. That said, when it comes to this particular 19th century woodblock print, I am at a complete loss to explain why it receives such lavish praise. 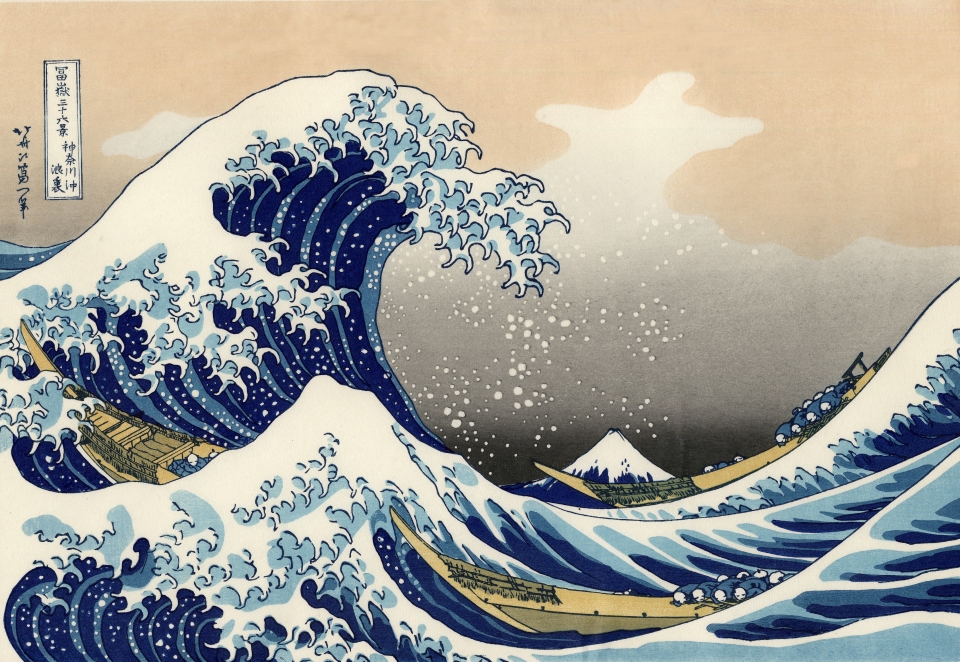 神奈川沖浪裏, otherwise known in English as The Great Wave off Kanagawa, was published almost 200 years ago by Katsushika Hokusai, one of the most well known Japanese artists to people outside the country. This is his most famous work, and also one of the most instantly recognisable pieces from Japan's history. There is no mistaking this as something created in Korea, China, or any other Asian country. That people enjoy this work of art almost two centuries after its creation is absolutely wonderful, and I'll readily admit that the attention to detail is incredible. From the "claws" that make up the extremities of the giant waves1 to the silhouette of Mount Fuji in the shapes of the smaller wave2, Hokusai did create a very intricate and detailed piece of work.

Is The Great Wave worthy of all the praise that gets heaped on it, though? Regardless of how much I look at it, I really don't see what makes this artwork better than any other well known works from the end of Japan's Edo period. That people enjoy it or can connect with it in some fashion is fine, but it often seems like the same dozen men and one woman from Japan's past are being discussed ad nauseam on TV shows simply because the country has not found anyone recent to put on a pedestal3.

Maybe one day I'll see what it is that everyone appreciates about this woodblock print.