The last few months have been a little weird, in that rather than read books on various topics, I find myself watching videos. This started with some YouTube clips, then moved on to movies late at night, then TV shows I've missed over the last year or so. As a result, it really should come as no surprise that yet another "non-review" will be published based on a highly anticipated show from Matt Groening that has received an incredible amount of negativity from purported fans: Disenchantment. 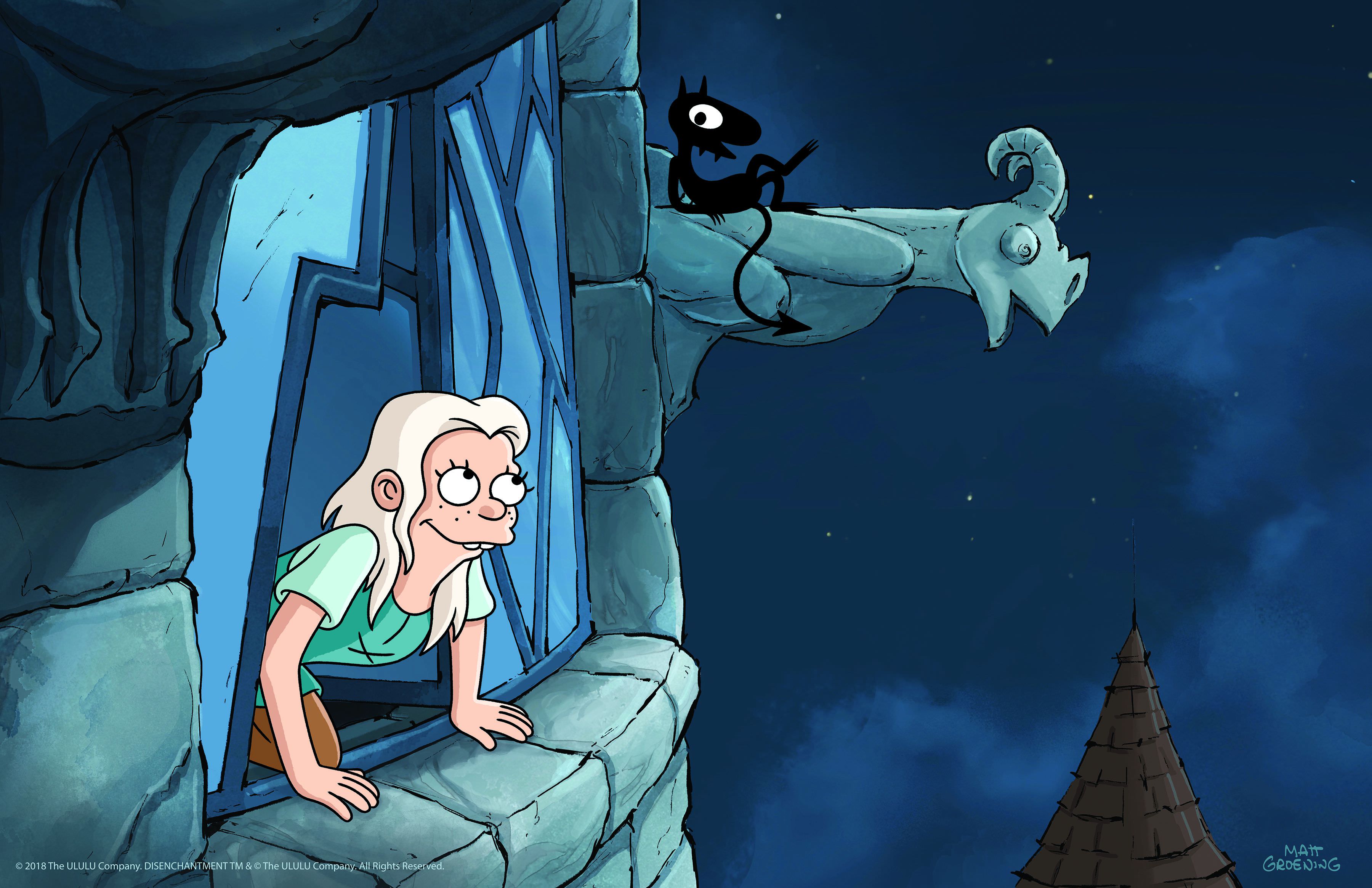 Like so many recent works of creation that have been panned online, I rather enjoyed this show. Like Futurama, each episode contains multiple layers and, unlike The Simpsons, the protagonists show a bit of growth with each episode. Much of the negative press I've read on Disenchantment seems to focus on elements of the show that haters are projecting onto the characters rather than any actual faults in the writing. If the last few weeks has made anything clear, it's that the English-speaking Internet is a toxic cesspool of misdirected rage and anxiety. It's almost not worth reading anymore, as so many of the stories I've enjoyed recently have been all but rejected by people who claim to be fans of a franchise or creator.

Disenchantment is a show that is wholly encapsulated within its name. The main character, Princess Tiabeanie, is a royal yet is essentially powerless. At multiple times throughout the first season her father reminds her that she is little more than a gift to be married to a neighbouring kingdom in order to solidify treaties. The king, too, is trapped by circumstance and forever seeking something he cannot possibly have1. The supporting characters have their goals and ambitions, though we don't spend too much time with them. And while the stories and gags are sometimes predictable, they are quite enjoyable. The comedy is not as prevalent as it was in either Futurama or The Simpsons, though there is a good bit of dark comedy for people who enjoy wordplay. The one thing the should could have done without might be the Leela-and-Fry situation between Elfo and Bean, but I wouldn't give up on the show just because the old trope was trotted out again.

All this aside, you don't have to take my word for it. If you enjoyed Futurama, and if you enjoyed the first dozen seasons of The Simpsons, you'll likely enjoy Disenchantment, too.

This will likely be the last review post I do for a while. There are so many other half-finished posts that could be polished off and shared …