CBS, the company who currently owns the rights to non-movie versions of Star Trek, did a pretty good job of draining any enthusiasm I might have had over the most recent addition to the franchise. First was the lawsuit against Axanar, a fan-made, studio-level creation that would look at the story behind Garth of Izar. Next was the set of restrictions placed on fan-made productions. While companies are in the right to protect their intellectual property, CBS had shown very little interest in doing so for almost two decades. My beef with the company wasn't the re-assertion of control over the franchise they own, but the manner in which they went about it. As a result, I chose to not watch the new show.

This changed on Wednesday, though, as I used some downtime with the day job to watch Discovery and see whether the show warranted all of the criticisms that have been levied against it. Nearly every aspect of the show had vocal members of Trekdom foaming at the mouth. From the technology displayed to the range of species on the bridge to the dialog to the ship itself, everything was said to be an abomination of the highest degree.

However, having completed all 15 episodes, I am not seeing why there was so much rage vented at the show. Much like I found with Rogue One, the tone and pitch of the criticisms levied are disproportionate to any actual problems with the story. 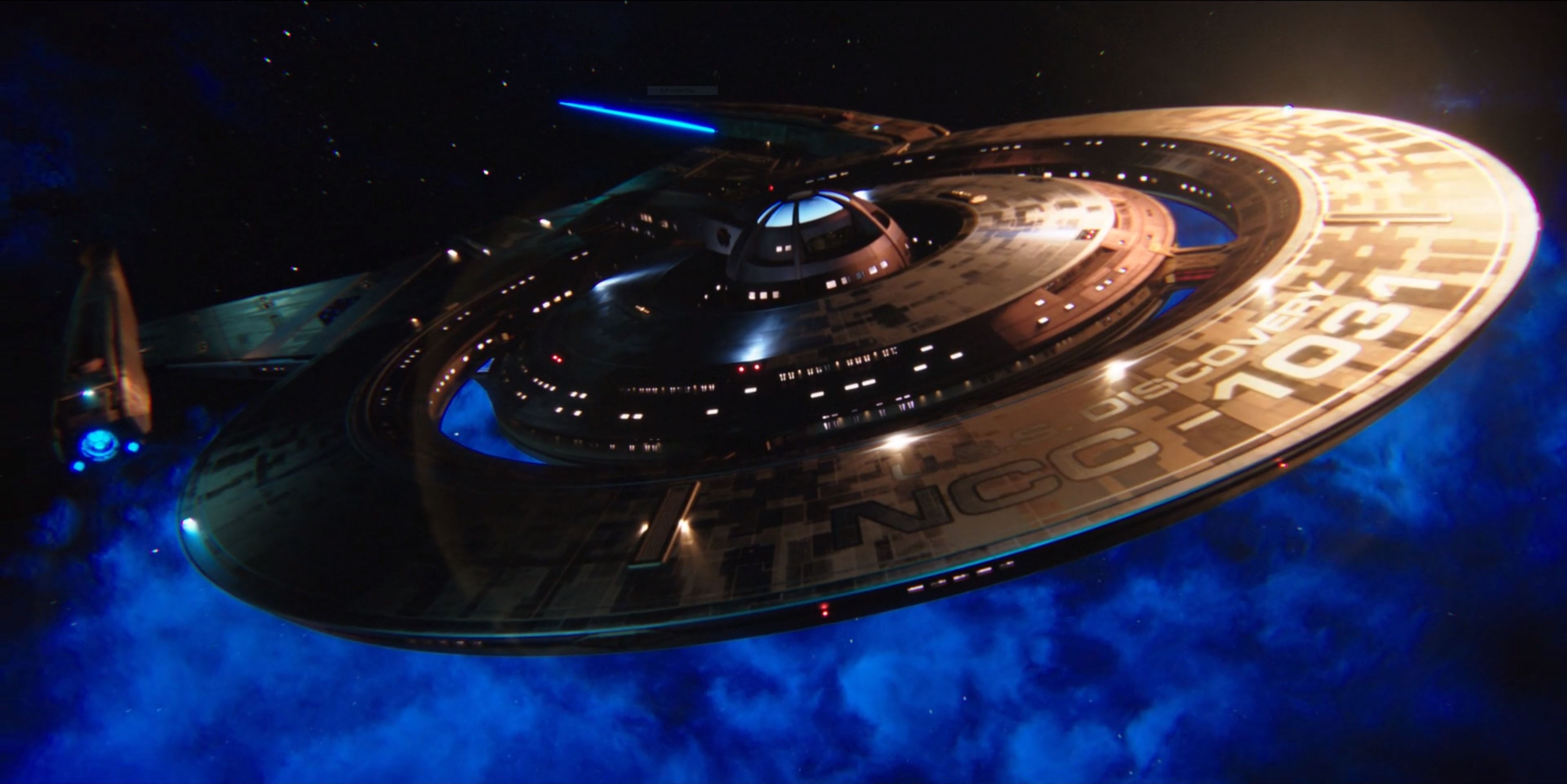 Discovery had some high expectations to meet from a lot of the traditional fanbase and, as someone who has been an ardent fan of the series since before The Next Generation was ever announced, I can understand why these expectations exist. That said, the only thing I found "wrong" in the entire run of 15 episodes is the ship. Much like the J.J. Enterprise from the movies, I simply do not like the design of the U.S.S. Discovery. It's ugly. It's crude. It's not at all inspiring. Everything else was pretty darn good. Ah, and the speed at which the Klingons spoke their native tongue. I thought it was a little too slow for a "native speaker" of a language. That said, it's not an easy tongue to master.

Sonequa Martin-Green as Michael Burnham? She nailed it. Excellent acting. Excellent character growth. Doug Jones as Saru? My goodness, man! He took a character that started out as meek and turned him into a real captain. The cast as a whole was quite solid, which made the story believable. At the end of the day, that's more important than whether the Discovery should be using technology that is ahead of what we saw half a century ago in the original series.

Tuning Out the Haters

Some time back I started watching the "Everything Wrong with {movie}" videos put out by CinemaSins on YouTube. I watched these in order to laugh at the little things that slip by in movies — even the ones I enjoyed. However, I became tired of the negativity that just seemed to nitpick every little thing. It lead me to wonder if the people who found these little issues ever actually watched the movie, or if they were choosing to go through a creative endeavour that required tens of thousands of hours by hundreds of people to shit on the minutia in a bid to compensate for their own failures.

One lunch hour, rather than waste time with another takedown by CinemaSins, I decided to watch an "Everything Right with {movie}" by CinemaWins, which approaches movies from a different angle. The positivity was incredibly refreshing. Over a period of several months, I watched a number of these positive reviews of movies and even looked at all the things "right" with movies that have long been panned by fans, such as the Star Wars prequels and even the J.J. Star Trek reboots; movies that I have also had very strong, negative opinions of. However, after watching the positive review I would go and watch the actual movie again … and I would enjoy it. I would see some of the scenes and story arcs that were highlighted in the positive review and see the brighter side of the stories, making the overall pastime much more entertaining.

Alas, I've gone way off topic. Either way, I may not like some of the decisions that CBS has made with regards to Star Trek over the years, but the first season of Discovery was a pretty decent show. The story has a number of parallels with current events and the outcome is incredibly optimistic. Regardless of what angry Trekkie "purists" might have to say, Discovery was very much a Star Trek story. I just hope that the next one does not rely so much on decimating entire populations.