While walking Nozomi tonight I wanted to grab some photos of a man that I often see practicing his skateboard in the park. We've spoken a few times, as I find it interesting that a man in his late 30s is learning how to do various tricks on his board, but I've never been able to take a decent picture of his routines due to the lack of natural lighting after sunset. However, as I tried to capture the scene within the constraints of a cell phone camera, something odd was being picked up in each photo. 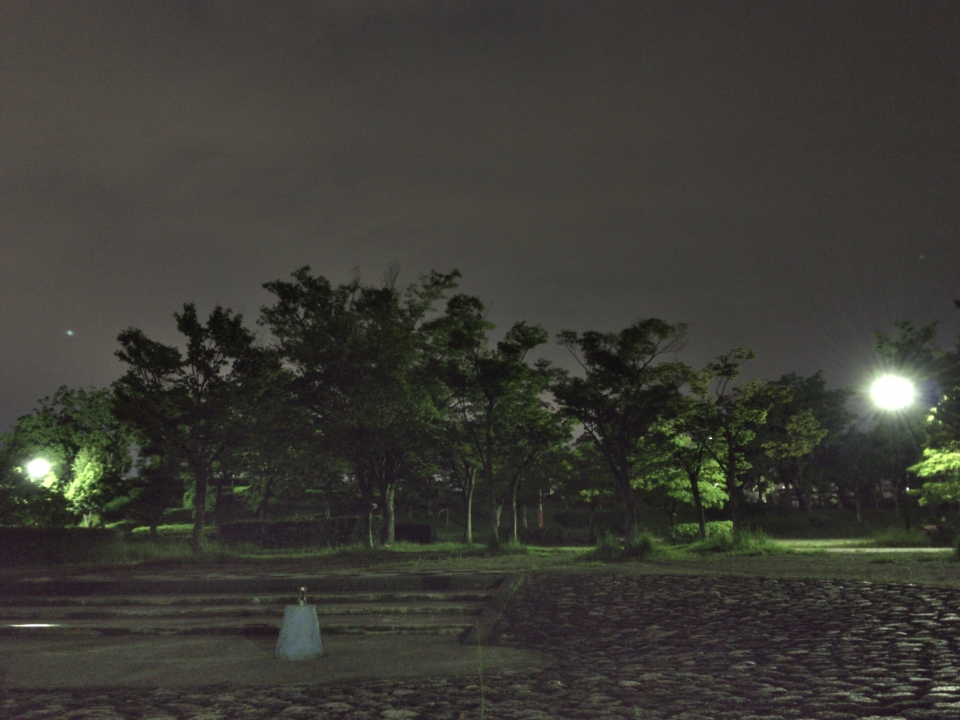 It looked at first like a star but, as the phone moved, so did the point of light. 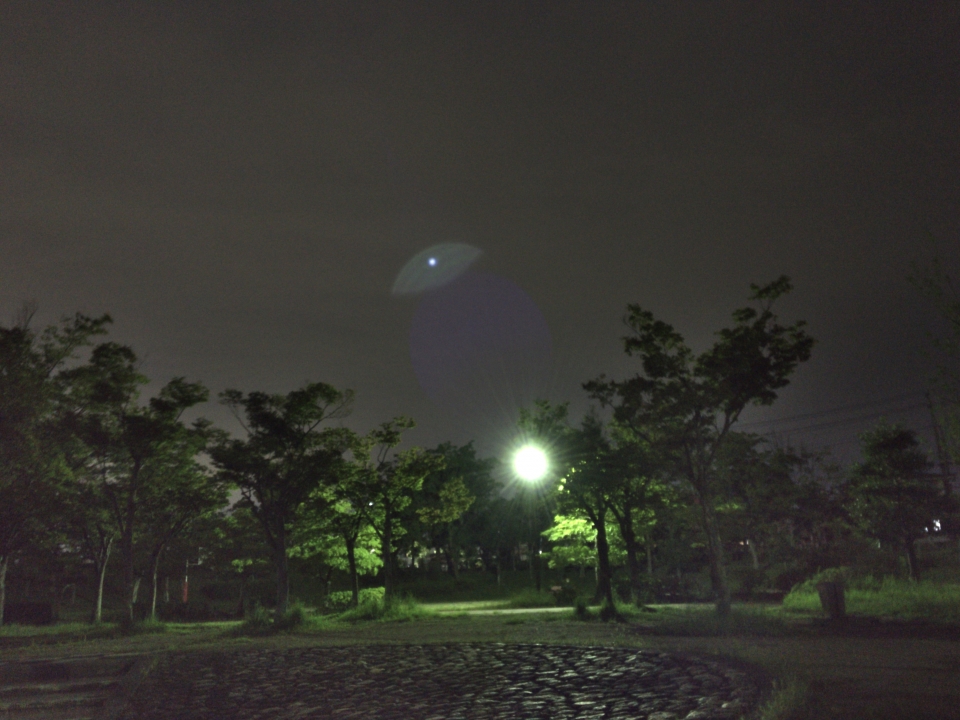 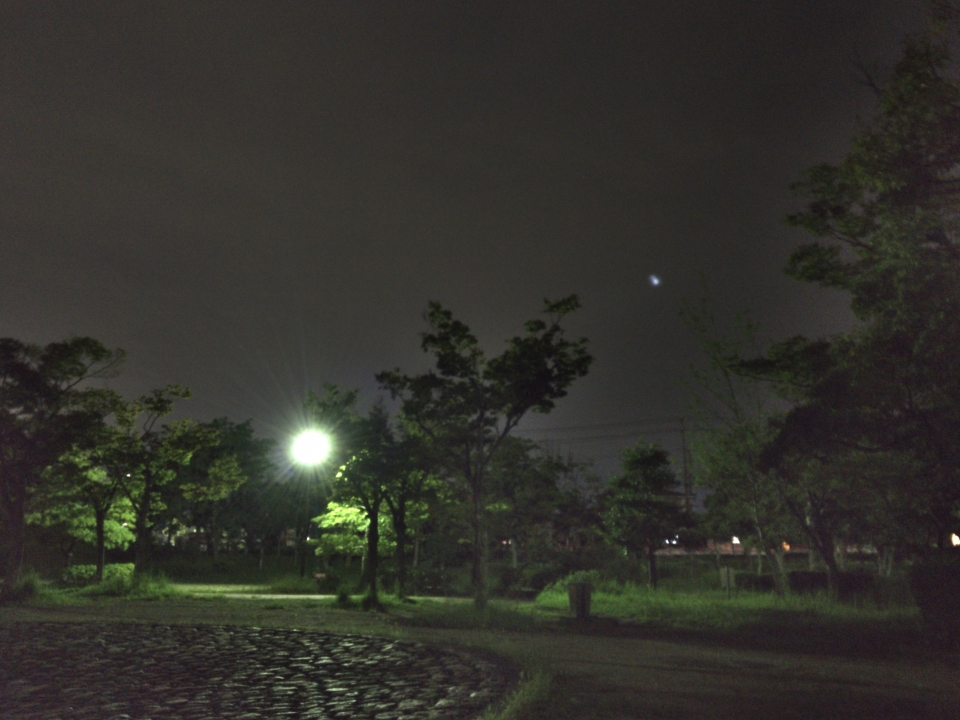 This last photo is interesting with its lens flare, and it also provides an interesting clue as to the source of the light. 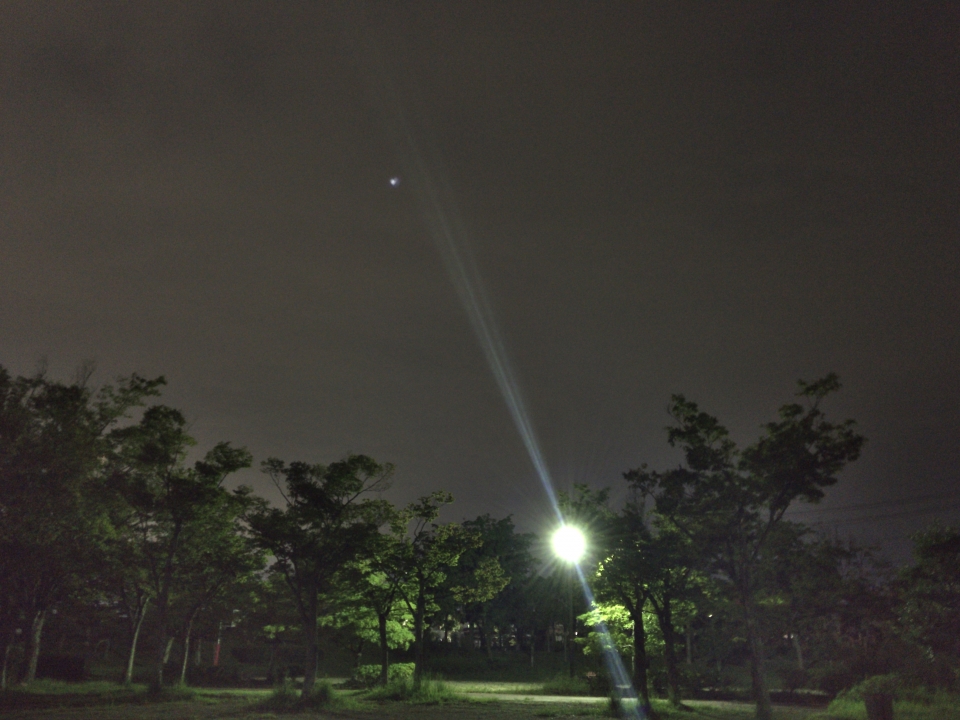 During the five weeks that my wife used this phone after (accidentally) smashing her phone's screen, the device was thrown roughly into her purse and tossed in other places. Not only has the metal back of the phone been scratched up by keys and other loose objects, but so has the lens of the camera. Looking at the smooth glass closely at home, there is a very fine pin-sized chip in the sapphire that is reflecting additional light into the sensor. Lovely.

So while this is most certainly not a UFO sighting, it does make for a simple explanation as to how some supposed ET sighting videos with points of light flying randomly all over the sky at crazy speeds can be made.