Yet another article about robots has been published in The Guardian and it comes as no surprise that the common tropes about "AI" and "robots taking our jobs" are being raised yet again. John Harris, the author of today's article, describes attempts by various retirement homes in a handful of countries — including Japan — to use robots in the day-to-day care of the elderly or infirm. While John does put out a number of well-written pieces, his obvious technophobia is conflating what people see today as what will most certainly, absolutely, positively be seen in the future. And this is just nonsense. 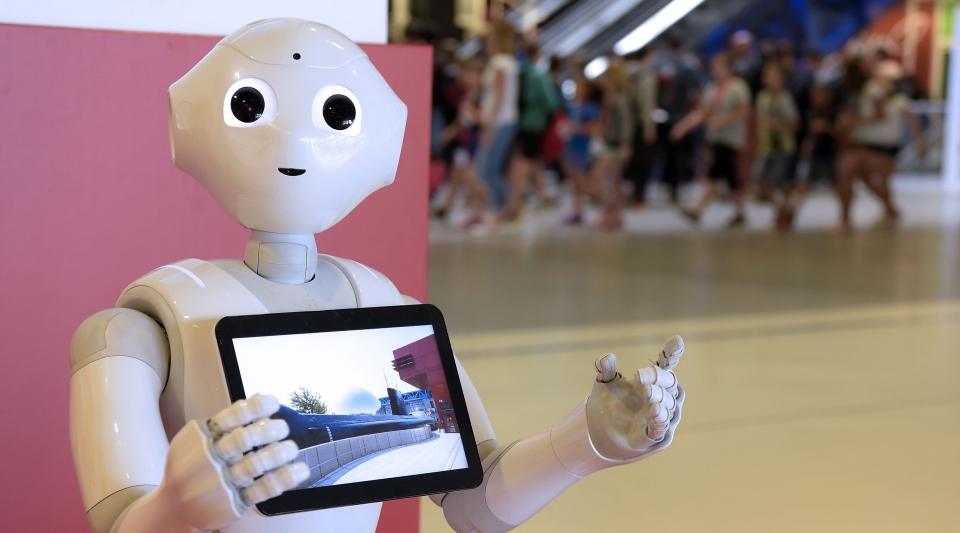 The idea of robo-care surely threatens some of the most basic principles at the heart of how we look after each other: empathy; altruism; the idea that if the way a society organises itself is to mean anything, there is an onus on younger people to reciprocate the care once given to them by their parents’ and grandparents’ generations (an unfashionable notion in these generationally divided times, but one worth restating).

This quote from near the end of his article stuck out because he assumes that with the advent of robotic caregivers, people will be living in isolation from each other, walled off and speaking only to the machines that feed, bathe, and entertain us. While there are certainly a number of people of retirement age who do very much live alone, to think that machines will be replacing the need for human interaction is absurd. The machines that are currently being trialled at retirement homes, hospitals, and other locations are in very early stages of development. These things are not meant to replace humans, per se, but to eliminate the mindless tasks that a human is generally too smart to do or to provide a distraction for people who may need one.

In an ideal world where robotic technology was mature enough, we'd like see situations where every caregiver at a retirement home would be assigned a robot assistant or two who would do a lot of the physical work that takes its toll on people. Lifting people out of bed, bathing them, or otherwise helping with general movement can put a lot of strain on a caregiver. Just as in construction, the most common form of injury for employees at care homes is back-related. Having a machine that can safely and reliably lift someone out of bed, take them to the bathroom, or give a bath in relative privacy would have a number of benefits for everyone involved. Just as we see in countless other examples around the world, we should let the machines do the jobs that are generally difficult for a person to do in a sustained fashion. That's why we have machines. People, on the other hand, are generally good at interacting with people. Ultimately this is where the human/robot assistant pair begins to make sense and is where the technology is logically leaning towards.

Will there be machines with algorithms that try very hard to mimic human emotions and failings? Absolutely. The mere existence of these things does not mean they will be used in every situation or scenario. Will there be retirement homes where a handful of humans neglect their duties to the residents while leaving every task to the machines? Most likely, and it will be in everyone's best interest if institutions like this are put in the spotlight and forced to change or shut down.

Having watched modern technology become what it is, I will not profess to be a techno-optimist, nor am I naive enough (anymore) to think that people will naturally lean towards a respectful, collaborative future as portrayed in Star Trek because of the freedoms made possible with the adoption of advanced technology. However, the trends are pretty clear. People who become caregivers are not in it for the money. They're in it because they genuinely care about people and want to help. Having a machine to support a caregiver with the tasks that can cause injury to the them or the receiver would be a huge win for everyone involved, and this is the direction the technology will need to go if there is going to be any mass adoption of the expensive hardware.

There will always be examples of sub-optimal uses of technologies that will be held up and exhibited as a reason to distrust or dislike a tool. However, at the end of the day, nobody in their right mind will pay the price a robot will cost just to have a modern-day Pinocchio with a two-dimensional conversational ability and a complete lack of contextual awareness. Looking at modern robotics technology and trying to extrapolate what the future will hold is like comparing a Tiger handheld game from the early 90s to a Samsung Galaxy S9.

We can't even begin to imagine what the future has in store and it's bound to be completely different from anything we ever expected.