Round numbers are often treated with more significance than others, and numbers that coincide with memories can evoke a little bit of nostalgia, so it probably comes as no surprise that the 2,600th blog post on this site would be dedicated to the Atari 2600; a console that was great before Nintendo and Sega completely redefined people's expectations of video games at home. 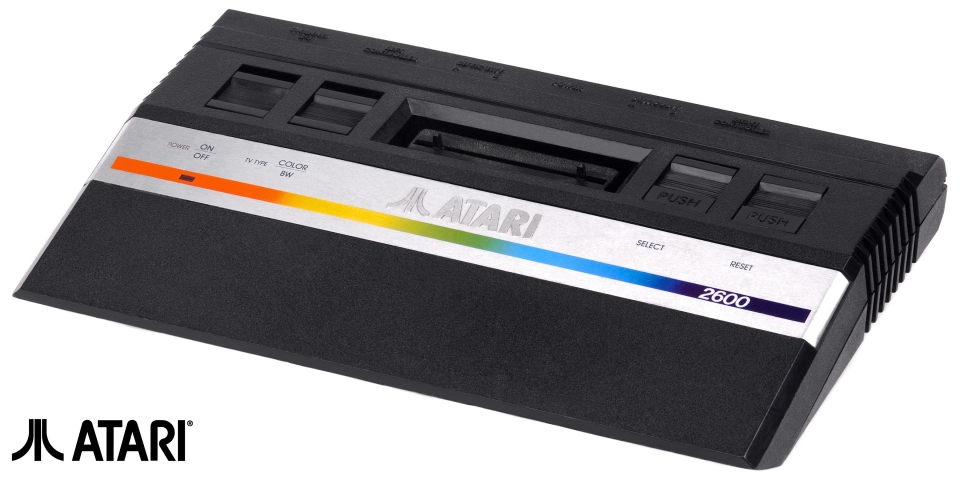 When I think back to when I used to play games with this machine plugged into the small, black and white TV we owned in the 80s, I'm reminded more of the competition I'd have with my father on a number of games. We'd play the standards like Ms. Pacman, Donkey Kong, and Asteroids, but the game that really stands out in my mind is River Raid. The premise was simple. You're looking down from the sky at your jet which is following — yes — a river, and you need to blow stuff up without running out of fuel or flying over land. My father and I would spend hours taking turns on the game and trying to reach the very end of the river. Neither of us ever did make it to the end, and there might never have been an end to the game, but the competition was real.

My father had the luxury of adult muscle control and not having to go to school the next day. I'd often complain that "it wasn't fair" for him to play while I was sleeping, and he'd just laugh and tell me "it's just a game". A line that, to this day, I despise. So when my homework was done, when the chores were finished, and when there wasn't any hockey game or Star Trek to be watched, I'd try to get some gaming in to hone the skills necessary to defeat my father's high scores and see farther than anyone else.

I don't think it ever happened, though. Eventually I wound up going outside with friends or burying myself in books or other toys. The Atari would sit unused next to the VCR. Occasionally I'd hear my father play a game or two of River Raid or Asteroids. I'd sometimes watch or join in. But around the age of 12 I stopped trying to compete with my father. By that time I was taller, faster, and stronger than he was. Though he was smarter, more patient … and better at River Raid.

A little while later I received an original GameBoy with Tetris, and we'd compete with that game. But it wasn't the same. By that time I had the reflexes and visual acuity to go farther than many, including my Dad. We'd come up with different sets of benchmarks, like how many "full Tetrises" we could get, and who could get closest to the top and then bring the blocks back down to the bottom. It was fun, but not the same.

The Atari 2600 is where I really competed with my father. It may have been one of the few places where we'd actively challenge each other to succeed. And while I did try to out-do him just about everywhere else, like sons have done since the beginning of time, there was rarely any incentive to keep going.