It's been a little while since the last update on the future home for my family, and today seems as good a day as any to share some of the many, many photos that have been snapped over the last seven weeks. As the first image below shows, quite a bit has been done and we're no longer looking at an empty plot of land with roped off sections outlining where the house will be. Instead, we actually have most of a home! 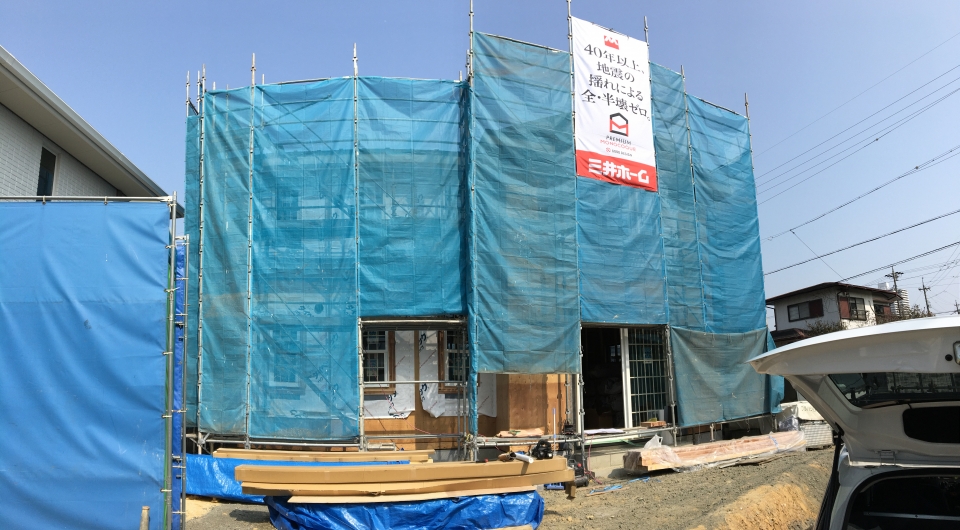 This past weekend saw the completion of the roof with the focus changing to the exterior walls where a moisture-resistant sheet was being applied to the frame. Hopefully by this time next week the siding will be completely installed so that the focus can return to the interior, where very little has changed in the last two weeks:

One of the more interesting bits about seeing the house built is that both Reiko and I did not think the home was going to be as big as it actually is. Seeing drawings on A3-sized paper is quite a bit different from witnessing the real thing. Of course, our perceptions can't really be trusted given that we've spent almost 7 years living in a 1-bedroom apartment, the last 12 months of which has involved three people and a puppy sharing the same limited amount of space. Just about any home would look bigger by comparison. That said, this two-storey home will be a welcome change from the apartment we've lived in since returning from the Tokyo area in April of 2011.

One other interesting bit about home building in Japan is the amount of information that the neighbourhood gets to read before a family moves in. Right near the front door of the home is this board: 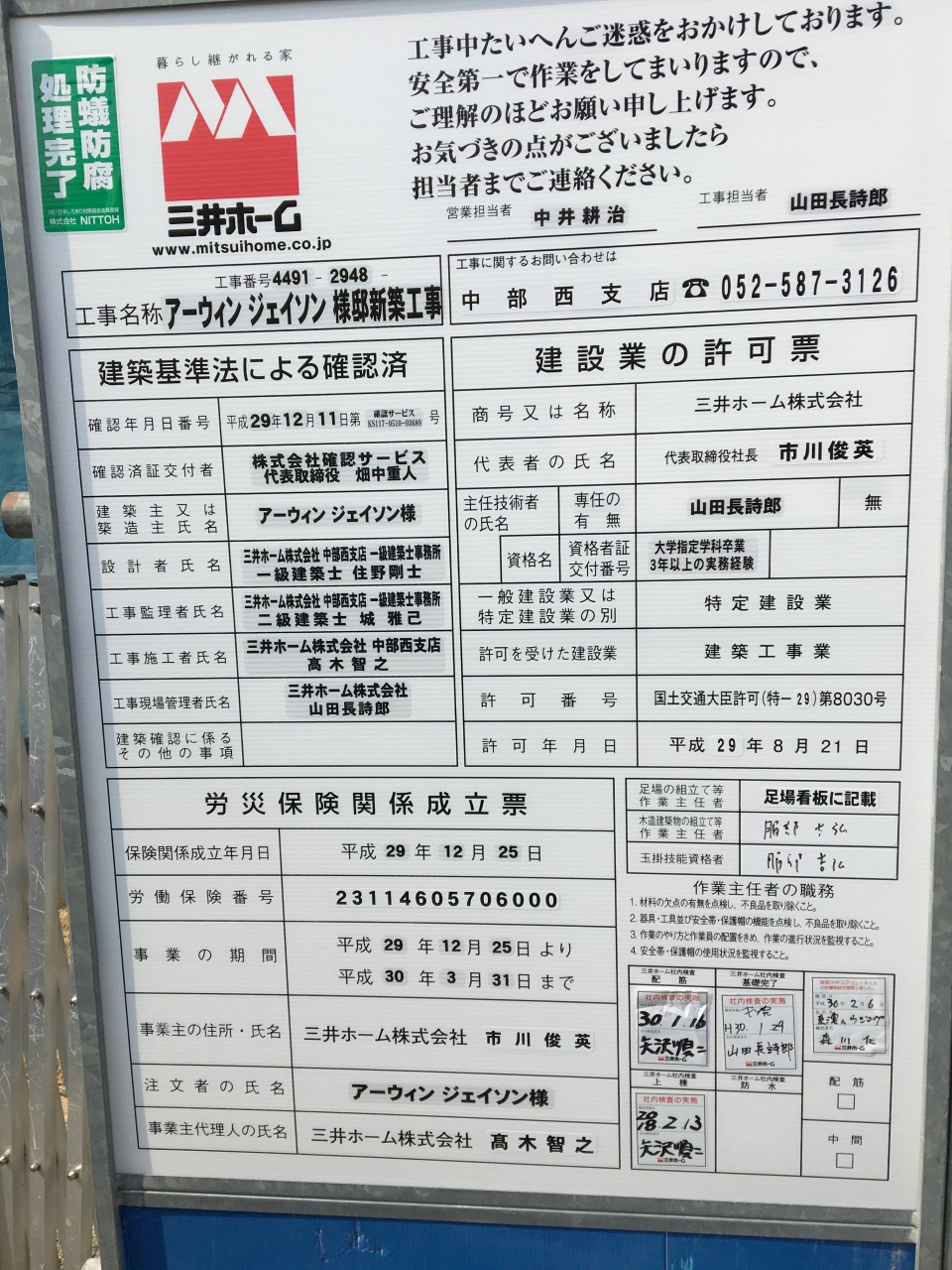 On here is my name — as the registered owner of the house — along with the name of the building company, the managers in charge of the construction, who to call should there be questions, and even the name of the sales person for the housing company1. This will likely result in a lot of neighbours knowing my name before I've even heard theirs. Of course, given that this is a home purchase and not a rental, I'll likely have several decades to learn everyone's name and where they live.

Construction is expected to be completed in a few weeks, likely while I'm in the US for business. We'll have the keys to the place on March 31st, and will move in less than two weeks later on the 12th of April.