What is it about loud proclamations of extraterrestrial visits that makes me roll my eyes and stop listening? There are a lot of bits and pieces about the universe that I take as fact because they come from people way smarter than me with job titles way cooler than mine. Climate change, in my mind, is a real threat to the long-term survival of our species1. Black holes are incredibly powerful gravity wells that can rip sections of space and time to shreds. In Japan, traffic lights permitting cars to move are said to be "blue" despite being green. The idea that an intelligent species with technologies far superior to ours would travel all this way — faster-than-light speed or no — just to hover in the sky or otherwise observe us while we observe them is a bit too ridiculous for me to take at face value. 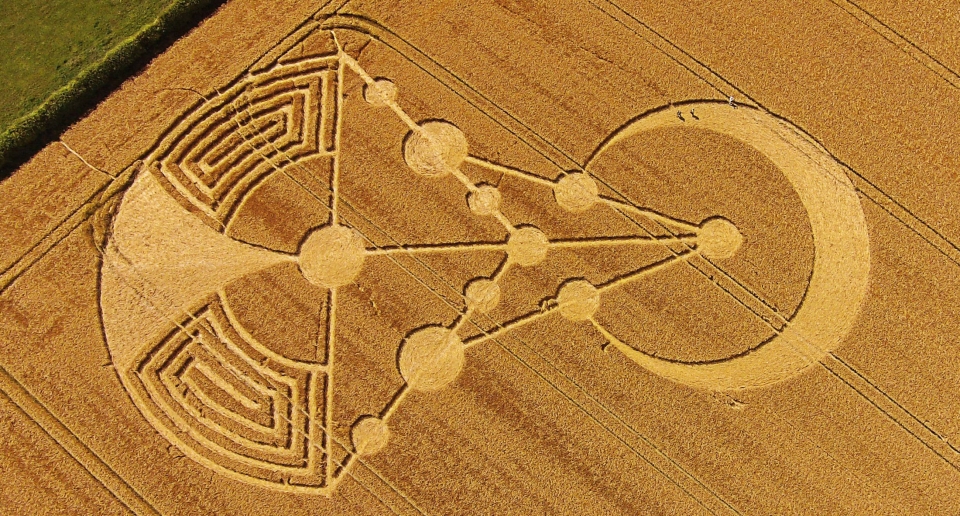 Earlier this morning I was watching some "soft news" on various strange phenomenon around the planet that couldn't be immediately explained, and the morning show tried to make it appear as though these rare oddities were a sign from life elsewhere. The immediate question that popped into my head was along the lines of: "They can't speak our language? You know … there are schools that specialize in that kind of thing."

Any species that can cross interstellar space will have the concept of communication. They would need to in order to work together. They may do so differently than we do, but there would be nothing preventing a species to learn how we communicate and create a rudimentary translation tool that could operate in one of the many languages used across this planet long before they arrived. Leaving strange circles in a field or coloured rocks in a pond just wouldn't cut it as any form of first contact.

The other problem that arises from aliens being completely visible while observing us is the underlying premise behind scientific study. If you're going to study a species, you want to be as invisible as possible. Hovering in plain view above the subjects will change the result of the test2 and lead to highly suspect behaviour results. This is true whenever we study humans in captivity already, so it wouldn't be any different when studying humans who are "captive" on their planet. Besides, why enter the atmosphere at all? Human hackers have shown us just how poor system encryption really is in the early 21st century. Why not hide out in orbit near a telecommunications satellite, hack the scientific centres that are conducting the research you're most interested in, and read the data out? Are the visitors from another world completely unaware of how binary code works?

Somehow I doubt it.

I strongly believe that there are many intelligent species throughout the universe. I strongly believe that, if any travel from place to place as humans are wont to do, they would find us a very interesting subject of study. I'm sure that there have even been attempts at communication throughout human history, as it would be very worthwhile to study a people from the very beginning of their civilization right up to the point of open dialogue and communication. What a fascinating area of research that would be. But to do any of the visible things that people on TV or the Internet claim would be tantamount to career suicide. Cultures would change. Political goals would change. The ultimate results of the study would change. An intelligent species wouldn't let that happen. Even if there was a loose cannon somewhere on the Earth trying to mess with the experiment, covert actions would be crucial.

Aliens from other planets who travel all this way — again, faster-than-light travel or otherwise — would not do so to hover in our sky and leave. If anything, making themselves known would likely be a precursor to their open communication with us; peaceful or otherwise. I simply cannot believe that "smart" creatures would be so dumb3.