In the last few hours I have been called by lovely 'christian' Trump fans: a jew, faggot, retard. To set record straight: divorced Catholic.

Kevin Sessums shared the post with his followers and added the following commentary:

But as those who do hold Trump to the standards of any other person have found out on Twitter and other social media outlets these Trump followers are a nasty fascistic lot. Dowd is lucky he didn’t get death threats like Kurt Eichenwald. Or maybe he did and refuses to acknowledge them. If you voted for Trump and continue to support him and you think you are better than these bigoted virulent trolls, you’re not. Your silence enables them just as it did in the racist campaign that Trump and Bannon ran. In fact, hiding behind a civilized veneer in your support of fascism I consider more dangerous. We’re past describing you as collaborators at this point. That lets you off the hook. You’re Russo-American oligarchical theocratic fascists. 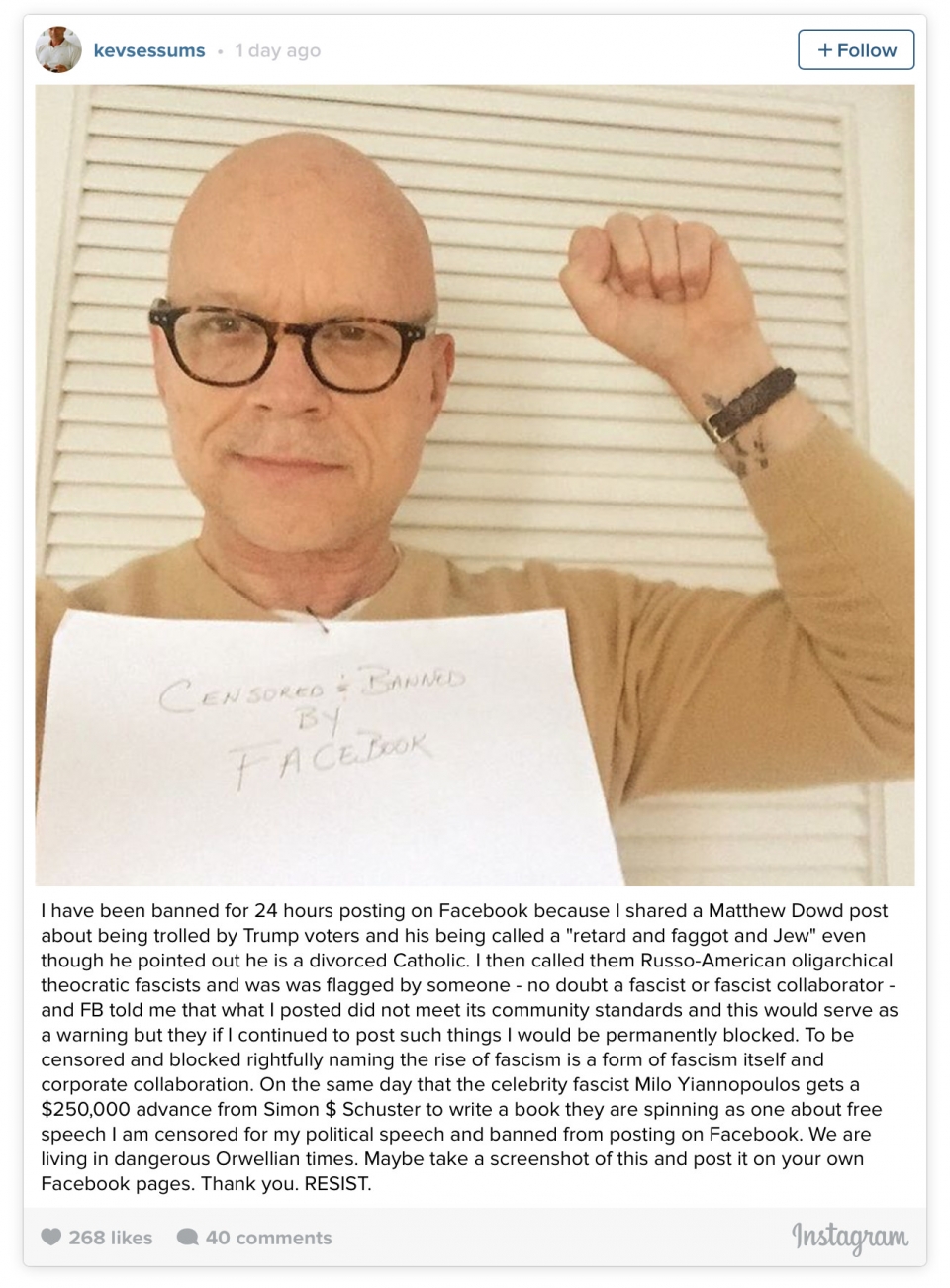 If this is what we can expect for the next few years, then we're going to see some drastic changes in how people communicate with each other. People in English-speaking countries will start to take lessons from the Chinese populace who has learned how to very effectively communicate with each other despite the constant surveillance and excessive presence of Big Brother.