If the universe is a simulation, then either you or I do not exist.

The older man shuffled over to the kitchen table carrying a hot cup of coffee and a thin glass tablet, a gift from his son who recently made a name for himself working with artificial intelligence and character profiling mechanisms. By scanning a person's entire presence online, it was possible to generate an artificially intelligent agent that would think and act just like the real person within a minuscule margin of error. The technology was being applied to criminal cases and shedding light on the why and how of various situations. The old man planned on using the software a little differently.

Sitting down with a relieved sigh, the man tapped at the tablet, bringing the device to life. "Computer," he started. "Tell me where I went wrong in life."

A chime sounded, letting him know that the machine had trouble parsing the request. "What do you mean?" it asked with a slight British accent. "Could you be a little more specific?"

"Stupid thing," the man muttered before taking a loud sip of coffee. He surveyed the kitchen of his small home. All of the bare necessities were in place, but little else. He enjoyed a minimalists' life and, as he lived alone, the place he had called home for the last decade has been described by some as dull beyond belief. He liked it this way, though. Someone had once told him 'the more you have, the more you have to lose'. They were right.

"Computer," he began again. "I want you to show me what my life would have been like if I attended university."

This was a request the machine could understand, and it produced a happy beep to signal its comprehension. On the screen was a simple spinning disc followed with three simple words: "One moment, please …"

Every few months it seems the Simulation Hypothesis pops up as a topic of discussion online and a number of people weigh in with their own thoughts on the subject. Some feel the universe is too organized to not be part of a giant computer program. Some argue that God created the universe as an orderly system and that this is most certainly not a simulation. Others still think the idea is interesting, but ultimately too fantastic to be real. Some of the most interesting conversations I've had on this topic though don't try to determine whether we are in a simulation or not, but instead how one might go about programming such a system. 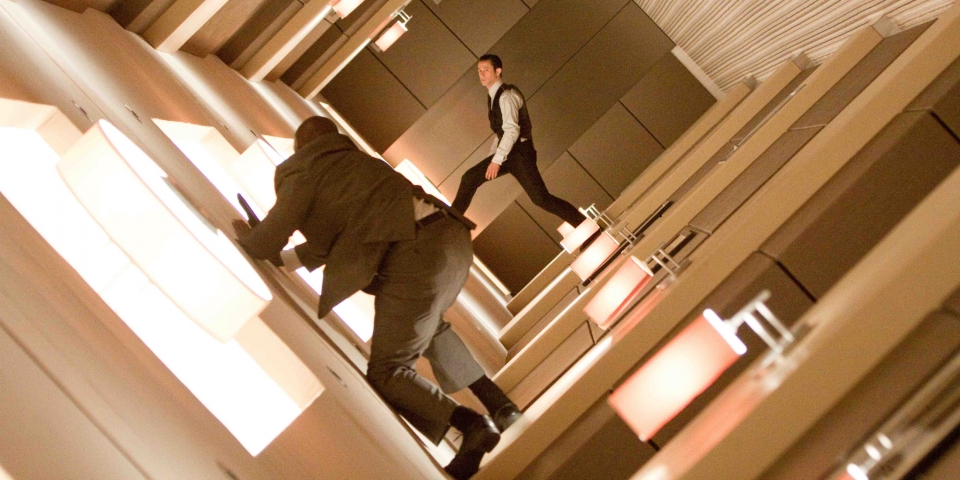 Some time back I had a conversation with a software engineer for one of the big autoparts companies in the region, and he explained that he would approach the project by first looking at ways of making the simulated people in his simulated universe share the very same limited set of hardware resources. Simulating billions of people would require a great deal of storage space but, like anything in the universe, that storage would ultimately be limited to a finite number of bytes. With this in mind, people would be given memories that work in summary form rather than photographic form. Then there would be the problem of having billions of people active at the same time on the same set of CPUs. An easy way to solve this would be to have regular sleep cycles in the people and apply consequences for using more processor cycles than allocated.

He went on for quite some time about the limitations he would build into the system and the assumptions that would be structured right from the very beginning to ensure that the universe and the people within were mostly predictable. People would not have super-powers like the X-Men or grow to be 50 meters tall. The small amount of variation that we would have between individuals would fit within a limited set of parameters dependent on proximity and access to resources.

The conversation was quite interesting and I enjoyed asking questions about how he would solve various problems. His answers were very heavy-handed.

Overpopulation in an area? Time for a natural disaster or war.

Progress happening too rapidly? Introduce previously unknown variables, such as atmospheric carbon levels, pandemics, and other hurdles to slow down a population.

Is a group of people "too comfortable"? Make part of the geography inhabitable or otherwise inhospitable to encourage a migration and mixing of cultures.

This developer, given the resources, would be little better than Q from Star Trek. He'd interfere with an entire group of digital sims just to see how they respond, as though their life was nothing more than a form of entertainment for him … much like we currently do inside many of the video games we see available today.

How utterly evil, albeit understandable. When you have an entire universe to play with, why not stir up trouble and see what the outcome is? When there are no repercussions for your actions, there really are no limits.

But then the question came around to how I would go about coding such a system. As someone who tends to write very conservative software, I had a different approach to the problem of creating such a simulation.

"Well, first I'd make extensive use of social networks," I said. "And then I'd limit the number of actual sims to just a few hundred. Certainly not more than 1,000."

Now it was his turn to ask questions.

One of the biggest problems a simulated universe would have is the computational limitations. There is only a finite amount of processing power and storage a person might throw at the problem, so why waste most of it simulating billions of individuals when you can create just one? The various people that interact with that one would not need to have their own consciousnesses so to speak, but instead need only to be actors in the main sim's life. The best way to do this is to make use of social networks.

By 2040 we will have a large portion of the humans who have lived on this planet having some sort of social profile. This means we'll have tens of billions of profiles to pull from in order to create actors that can appear in a sim's simulated world. Travelling to Peru? Grab some Peruvian profiles to fill out the simulation. Boarding a plane to Finland? Get 300-odd profiles of randomly-selected people to act as a backdrop. It's not like the sim will interact wil all 300 of those characters. Surface approximations will do with slightly deeper profiles for the actors immediately surrounding the travelling sim. This solves the problem of creating lots of people each with their own hopes, dreams, histories, verbal quirks, and other details. Let the Internet do it for you.

The other advantage to going this route is that you'd be able to recreate a specific person's life and ask questions like "What if he ate that 3rd steak?" or "What if she dedicated her life to becoming the best veterinarian the world has ever seen?". Actual characters from within that person's life could be collected and inserted into the simulation giving that imaginary world a little more believability. Of course, if you're creating a universe with just one character, this makes it possible to "live" through that character, either as a TV show or via virtual reality.

Such a world might lead the main character to have some sort of existential crisis, though. Are they the main character or just an actor? Actors would not need to be conscious, per se, but instead would need to have the ability to interact with the main character on an as-needed basis. So, if this world were a simulation of one, who here would be the main character? Me, as I beleive I'm conscious while typing this article, or you, as you believe you're conscious while reading this article. I think therefore I am becomes the primary source of existential confirmation at this point because I don't know if you're actually reading these words, just like you don't know if I actually typed them. This article could have been scraped off the external Internet and fed through to your screen, giving me the appearance of existence when, in reality, I could be nothing more than an actor that appears on demand when in proximity of you, the main character.

It's an interesting thought experiment, and one that I would take pleasure in creating if I had the time, resources, and inclination. That said, whether this reality is a simulation or "real" is neither here nor there as far as I'm concerned. If the simulation comes to an end, I will likely not be cognizant of the universe's end, so it doesn't make sense to worry about such a thing. Instead, I will do what I have always done, which is to create things in the hopes that — one day — something will be genuinely wonderful … even if for a brief period of time, real or imagined.