Fifteen years and one minute ago, most of the people around me figured the world was a pretty safe place. Then, in the blink of an eye, everything changed. 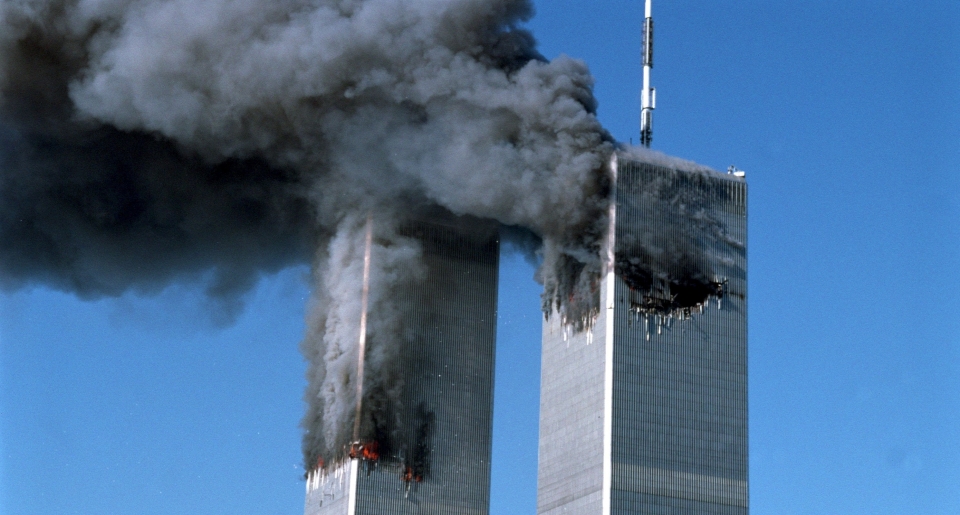 It's hard to believe how much has happened in the decade and a half since I first heard of the Taliban, their leader, and their unrealistic desire to see America wiped off the face of the planet. People in the free world are not so free anymore. Sure, we can go about our day mostly the way we'd like but, in the wake of the 9/11 attacks, intelligence agencies, police forces, and their governments have taken advantage of the opportunity to greatly expand their powers and blanket citizens in a near constant series of surveillance measures. Ambitious people with incredible minds work on algorithms that try to extract meanings and patterns from the abundance of data they are collecting from every one of us, and ordinary people try to go about their business, leaving matters such as national security and the never-ending wars on vague ideas to people who are better informed on the matters.

We, for the most part, wish to move on and keep our heads down.

In 2001 I was working at an appliance repair store in Southern Ontario, striving to earn a living while also feeding my desire to have the latest and greatest computer system at all times. Although I did do quite a bit of coding back then, I would spend most of my evenings playing Age of Empires II, a realtime strategy game where you start with a group of villagers and build an empire that eventually takes over the entire map. Even though I enjoyed the game immensely, I lost the heart to play after the events of 9/11.

I was mid-way through a game with a number of players around the globe and, after crossing an ocean with an incredible amount of naval firepower and a well-timed landing party, I decimated an opponent in minutes. Their territory was annexed, I fortified the structures, and started building support buildings that could act as a place to launch new attacks or a secondary base of operations should the home territories be lost. We were already over an hour into the game, but I wiped out everything that person had accomplished in just a few minutes with a blitzkrieg they were ill equipped to handle. Then they called me "Osama".

At that moment I thought about what I was doing. The objective of the game is to conquer the planet by obliterating every other group of people, and maybe converting some of their troops and villagers to your civilization's religion. The very same goals — I thought — that the Taliban had. I apologized to the defeated player and quit the game. I didn't have the heart to wipe out the remaining nations, digital creations or no. Since then I've not played any video game that involves conquering territories or wiping out nations1.

I sometimes wonder what life today would be like had 9/11 never happened. We would still have a lot of the tools and technology that we take for granted, but I wonder whether data encryption would have as much an impact. Would people be more concerned with online companies that earn their money by watching our every move online and selling that data to the highest bidder? Do we not worry about how much Google, Facebook, and a bunch of other organizations know about us because our own governments have so much information about us? Is the data collection less of an issue for people outside the US because they know that, in addition to their own government having information on them, the intelligence agencies in America also have information about them?

Maybe I'm the only person who thinks about this stuff.

On September 11th, 2001, some time around 8:50am, I received a phone call from one of my colleagues. He asked if I had heard the news, and I hadn't. So he told me. My exact words were "Shut the fuck up. No way." I didn't believe that a plane would ever slam into a building such as the World Trade Centre. There were rules, regulations, guidelines … all these things to ensure fast-moving flying vehicles stayed away from tall buildings. But, sure enough, he was right.

My boss and I fired up the 56Kbps modem that was in our fastest computer and tried to get some news. We managed to connect and get a video feed of the towers just a few seconds before another plane hit the second tower. We were in shock. The video feed deteriorated and we couldn't reconnect for the rest of the day. We went about our business, listening to the reports on the radio. Despite the seriousness of the attacks, people were still calling to get their washing machines and ovens fixed, and we had a job to do. And that's pretty much how we operated for the next month. We listened to every news report. We brought newspapers in and discussed the information that we had available to us. In the evenings I'd go home and, instead of playing games to conquer the world, I'd communicate with people on IRC. I'd write software. I'd draw. I'd paint. I'd create.

Because even though I was 21 and still very naive about the world, I knew that the fallout of those attacks would colour the rest of my adult life, and the lives of everyone I would meet from that day on.