Am I Still A Trek Fan?

This week marks the 50th anniversary of Star Trek, an occasion that one would think would fill a trek fan with happiness, but I find myself completely ambivalent about the fact and it has me wondering why. For the 25th anniversary I practically begged my parents for the box set of movies and another model of the Enterprise1, but this time … nothing. Have I fallen out of love with the very story that shaped much of my early life? 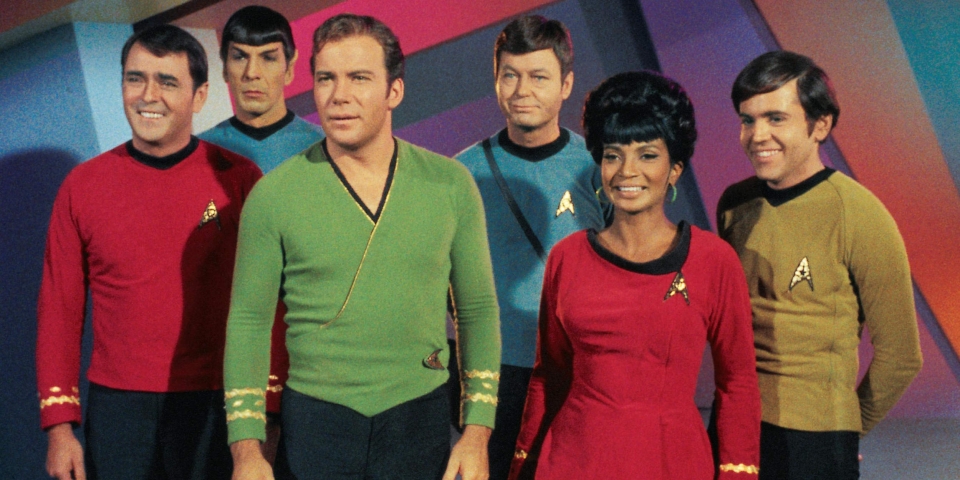 This year I've managed to read a total of 18 Star Trek books and was on track to finish 36 before 2017 rolls around, but have stopped. The stories that have been told after the last of the Next Generation feature films have been quite good for the most part, with a great deal of character building and non-episodic timelines. The events that occur in one book will directly affect future stories, just as they should. The great thing about this sort of consistency is that reading Star Trek no longer becomes just a throwaway pastime, but something deeper and ultimately more enjoyable2. However, enthusiasm for the new books has fizzled. I haven't seen the latest Trek movie, nor am I willing to pay theatre prices to do so, and I have no intentions of signing up for CBS's on-demand streaming package to watch the next series that is due to come out in early 2017. Why is this? The Axanar lawsuit? The commercialism?

These reasons sound as good as any other.

Fact of the matter is, I've lost interest because everything is just so damned repetitive and so far away from the original concept of Star Trek that it's not really worth watching anymore. The one bit of "real Trek" I was looking forward to, Axanar, was hit with an ill-considered lawsuit over stupid reasons, the recent J.J. Trek movies have been infuriatingly stupid, and the recent books — although well written — have stupid plot devices that result in so much death and destruction3 that … well … it makes you wonder.

Star Trek today is very different from what Star Trek was when I was young. It used to be a story of optimism. A story of cooperation. A story where people were not judged by their genetic predispositions, but by the contributions they brought to the challenge. Sure, there's a lot of cheesiness in Trek, and that was part of its charm. But ultimately, it's a story of hope for the human race. That we will overcome the struggles of today and be better to each other. That we will explore the universe and overcome incredible challenges. That we will help each other without fail. I don't see this in any of the recent Trek. Instead we see the same old trope of death and destruction … as though these are the only stories we can tell.

In Star Trek The Motion Picture, the Enterprise never once fired its phasers. It did fire a single photon torpedo, but that was used to destroy an asteroid that had (somehow) appeared in a wormhole. The story was much more cerebral. Even in my favourite Star Trek movie, The Undiscovered Country, there was a great deal of story to be told. The battles between General Chang and two Federation starships were well told and well portrayed, but they were not at all central to the film. That's what I miss; stories that had an underlying message for those watching.

Under CBS and Paramount's direction — and lack thereof — this fictional universe has evolved to appease people who wish to enjoy watching demolition derbies in space. If this is what the general population wants, that's fine. It's not what I want, though. So I guess this means I'm not a Trek fan anymore.