Over the last year I have spent a lot of time training my ears to hear the tiniest of details, hoping the practice would allow me to create ever-better podcasts that sound really good regardless of what type of audio system a person might use. This training has required a lot of time and ever-better audio equipment to tease the nuances out of each piece of audio I might enjoy. Musicians like Alan Parsons and Mike Oldfield have composed wonderful pieces that contain hidden sounds that are all but undetectable to people using “regular” speakers and headphones, and I wanted to hear every single note. When my previous pair of headphones suddenly gave up the ghost I was forced to use Apple’s EarPods to listen to podcasts while on the train to and from work. Listening to music was all but impossible unless in a silent room. Something had to be done, and quick. Enter the Audio Technica ATH-IM03s. 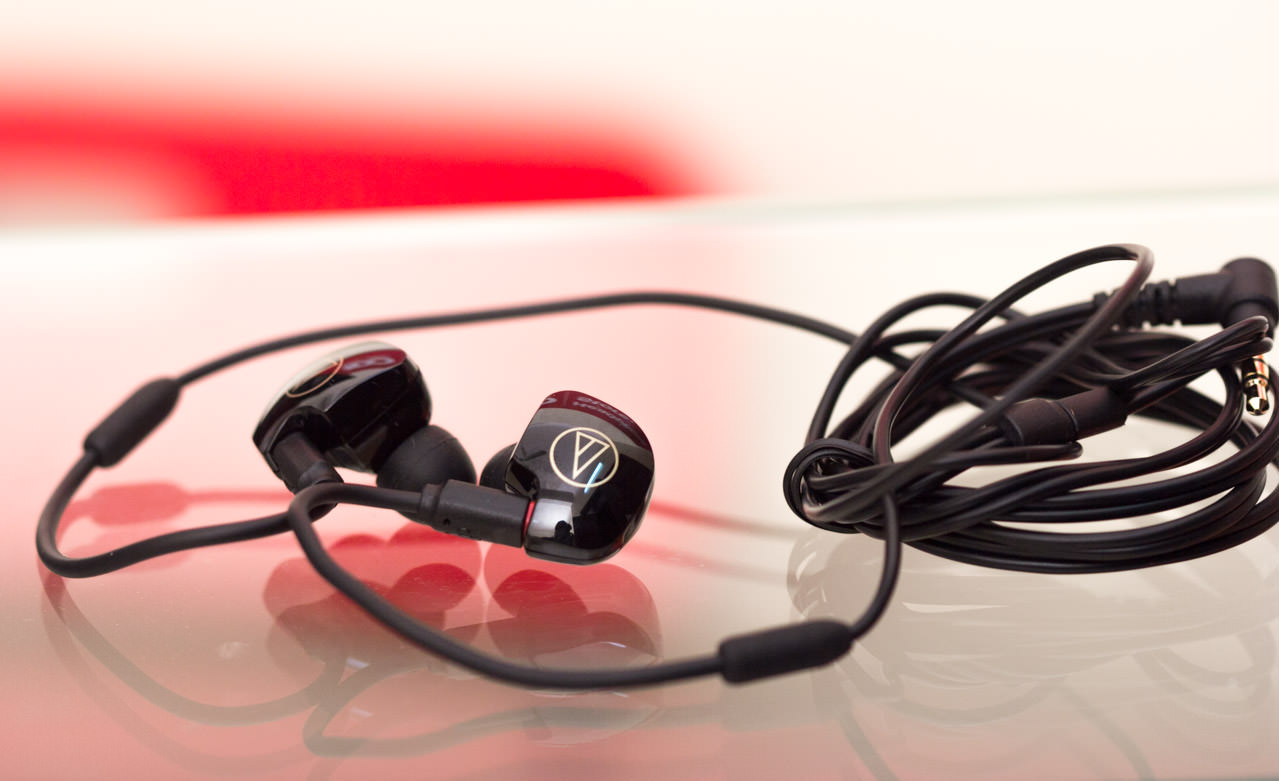 These aren’t your standard headphones. Unlike any pair of earbuds I’ve owned, these need time to flex before they are fully operational. I’ve been using them for the better part of 5 hours a day since picking them up six days ago and, I must admit, the sound these little devices can produce is out of this world. They were put through the standard audio tests every morning, sounding better with each passing day.

Alan Parsons released the I, Robot album back in 1977 and it’s been a mainstay in my music library since my late teens. This album has everything one could ask for when testing audio equipment. Delicate highs, resonating lows, and scale after scale with a wide range of instruments. If that weren’t enough, the lyrics are sung incredibly well. This album was the precursor to the electronic music I’ve enjoyed for so much of my life, and it stands up to the tests of time far better than the vast majority of what has been made in the last two decades.

The IM03s didn’t even break a sweat delivering every tone in crystal clarity, better than I’ve ever heard them before. In my youth I would listen to this album on vinyl with my father’s pair of Sony monitoring headphones which delivered everything exactly as Mr. Parsons intended, but Audio Technica’s earbuds put the studio-grade equipment to shame as I heard sounds for the first time. I kid you not … these earbuds are that good.

The Alan Parsons Test is primarily aimed at audio reproduction and clarity despite volume1. The Mike Oldfield Test is aimed at emotional response. Tubular Bells was released in 1973 when Mike Oldfield was just 19 years old and, to this day, can raise the hairs on the back of my neck. It’s really, really, really well done. If I do not feel an emotional response when listening to this album from start to finish, it’s because the audio reproduction is insufficient.

Just as with the first test, though, Audio Technica’s hardware didn’t flinch. The breathless anticipation that accompanies those wonderful words “And at last … tubular bells!” and the powerful chemical response that immediately follows the first strike of the bell ….

Well … if you enjoy the album, you know what I’m talking about.

Taking a Step Back

I am by no means an audio expert. Many argue that I’m tone-deaf and incapable of appreciating good music. Keep this in mind before rushing out to pick up a pair of these. However, after just 30 hours of use, I couldn’t imagine going back to a pair of headphones of lower audio quality. The ATH-IM03s have picked up far more sound than I ever thought was contained in the digital files I’ve carried around for years, and there’s no denying the sheer awesomeness that comes with listening to music at deafening volumes without a hint of distortion. So while these tools are capable of reproducing some of the most amazing audio experiences in exquisite detail, how well can they handle my other love: rap music?

As one might expect, rap sounds surprisingly good. The only complaint I have with regards to rap is the lack of oomph that once accompanied the bass. This is something that I will get used to in the next few days, of course, but there are just some beats by Dr. Dre that sound much better with the deep cuts that often accompany Andre Young’s smooth voice.

On a final note, the primary reason I replace headphones is because one of the two sides cuts out. This happens over time as wires begin to fray and connections become weak. This happened with the previous pair of Audio Technica CKM500s that I used, the Logicool Ultimate Ears 200s, and every other pair of cheaper earbuds I used prior to taking sound seriously. The ATH-IM03s should last remarkably longer because, unlike the earbuds I just mentioned, replacement cables are available and easily swapped out. Should I run into a dead earbud, then a quick trip to a music shop and 30-seconds of wire-swapping should resolve the issue.