A Decade Without Clone High

One of my favorite Canadian cartoons of all time is Clone High, which revolves around a number of kids who have identity problems that make regular teenage angst pale in comparison. Turns out that way-way back in the 1980s secret government employees dug up famous guy and ladies and then made them using genetic copies. The story was very well written with a great deal of character growth. So, like many other TV shows consisting of intelligent writing, it was canceled after the first season and has been ignored for much of the last decade. I recently picked up the episodes from iTunes and, after watching all 13 of them again, I wonder whether this is a story that could be brought back at all. 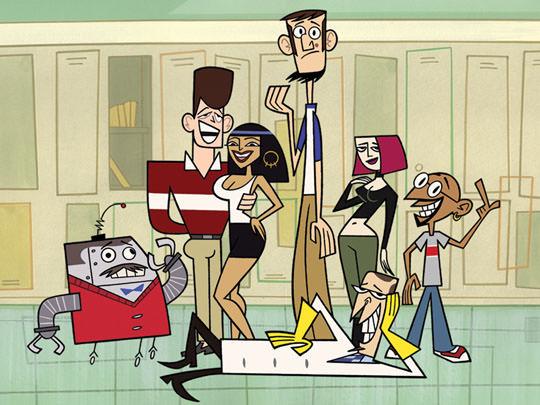 At the end of the first season a bit of a cliff hanger is made with the young Abraham Lincoln being flash-frozen mid-sentence confessing his love to Joan of Arc who was lying naked in bed with a young JFK1. If the show were to continue, where could it go from this point? Abe and Joan hook up, with JFK and Cleopatra getting back together? Where's the tension? The angst?

Scudworth managed to escape the flash-freeze, so there's always the possibility that he'll somehow manage to scrape together the cash required to construct Cloney Island but … where's the fun in that?

If the show ever does come back, it may need to take place a bit farther in the future. Clone University, perhaps?

This show was canceled before it's time2, but we can still enjoy it from the iTunes Store as well as DVD format. If you have 6 hours to spare, this would be a great way to enjoy them.