A Week With An iPod 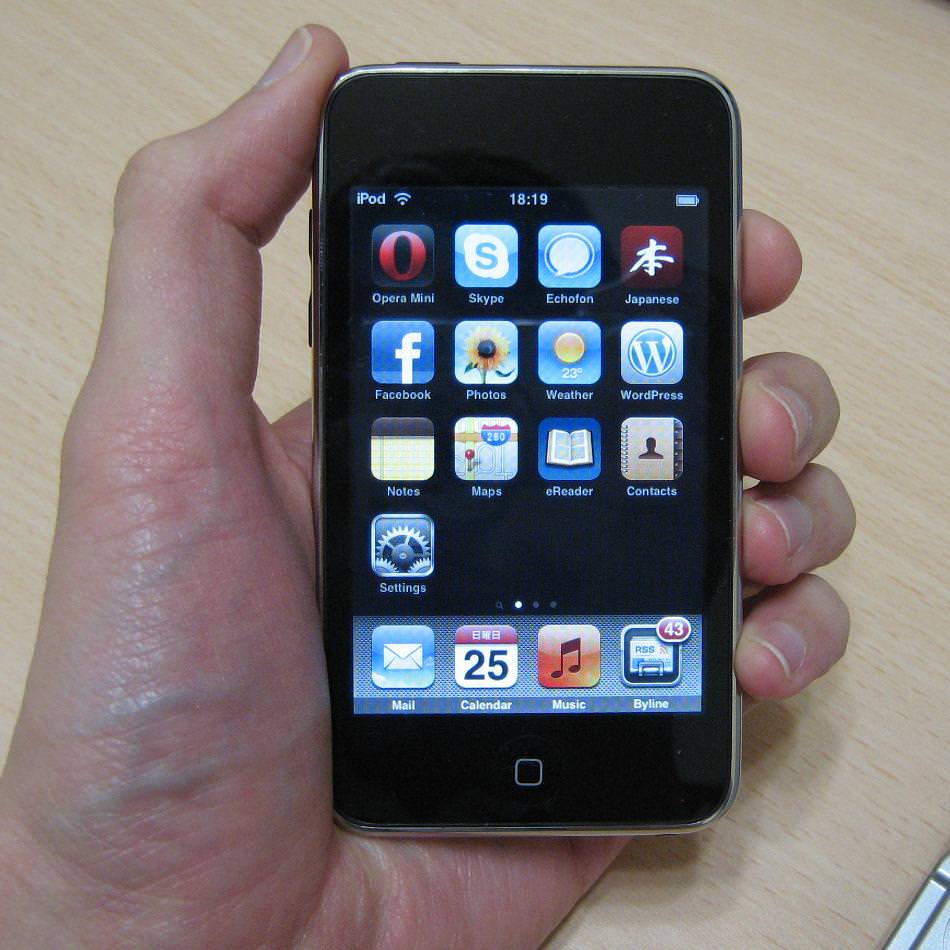 It's been over a week since Gary landed in Japan and delivered a nice 3rd Generation iPod Touch and, after a little difficulty with the initial setup, I must admit that Apple's little "music" device is really, really nice.  When stacked up side-by-side with the relatively new HP iPaq 211 and Samsung Omnia, the iPod trumps them both for portability, lack of weight, and storage.

One of the first things that I noticed (after getting Windows to recognize the device), was just how simple it was to navigate through the applications.  One of the first ones I played with was Maps and, I must admit, I felt a little giddy being able to pinch and swipe my way through the streets of Nagoya.

But Don't You Hate Apple?

Lots of people that know me have been a bit surprised to see that my shirt pocket is no longer sporting the ever-present HP PDA, but many were laughing at my foolishness the second I pulled out the more slender iPod Touch.

"I don't hate Apple, really. I just don't like how the CEO goes about getting things done," I'd reply.  "That said, I can't argue with his track record."

There are countless examples on this very blog where I've gone off on a rant about anything and everything Apple related, be it the AppleTV, the iPhone, or the mindless hordes of fanbois who do little to add value to the brand's image.  However, after spending a week with an iPod Touch and using OS X in a VMWare virtual machine (shh!), I have something to confess:

Yes. That's right. I've admitted it.  After years and years of expecting computers to require endless amounts of attention for something as simple as a "First-Time Setup", years of expecting to pay at least $50 for the ability to work in a second or third language, years of working with cluttered user interfaces, I have had enough.

Working in a virtual machine on an under-powered notebook is not fun, but even OS X flies relatively well with the limited resources it has available.  After using PDAs using PalmOS and Windows Mobile and dropping lots of cash just for the privilege of being able to display (and sometimes write) in Japanese, the iPod has shown me just how easy it should be to work with other languages.

What About All The Apps?

Of the 20+ applications that I've written for Windows Mobile, none of them have ever caught on.  Windows Mobile is a very niche platform used by people who'd probably rather be using an iPhone.  The most popular application I've ever written for WinMo managed to score just 87 downloads over two years before I pulled the plug on support.  Clearly, I've been holding my breath like an idiot for no reason.  If I really want to make applications that people will use, I need to look at Apple's solutions.

Which brings me to one of my biggest gripes about switching from Windows Mobile to iPhoneOS: the development tools.

In order for me to program decently attractive Windows Mobile applications, I needed to buy Visual Studio for an unholy amount of cash.  Cash I could have otherwise used to buy a MacBook Pro, and two iPod Touches … it was that expensive.  In order for me to write software for the iPhone, I downloaded some software for free from Apple's development website, which included the iPhoneOS SDK that I needed in order to get started making programs.

Talk about a d'Oh moment …

I highly doubt I'll ever ditch Windows, or even developing software for Windows.  Windows has been a part of my life for so long that I'd feel weird without it.  Besides, most people who ask me to write software for them are looking for Windows tools … it would be stupid of me to abandon the platform.  I will, however, begin working more with the Apple platform.  If that means buying a MacBook at some point in the future, then so be it.  However, I have no plans on ever being a fanboi like so many of the trolls that we see patrolling the Internet.  Windows has its place in the world, just like OS X, Ubuntu, and almost every other platform out there.

Now that I've got all that out in the open, it's time to start playing with the iPhone SDK.  I have some plans for a relatively slick Sudoku game in mind and, after that, I'll hope to begin writing software for people on Guru.com.  The goal is to become proficient enough writing quality iPhoneOS-based apps that I can pretty much write my own paycheck through freelancing.

Have I waited too long to get into Apple's game?  Did you have a similar rush of empowerment the first time you used an iPhone or iPod Touch?  Have an idea for an app, but not sure how to get it written?  I'd love to hear your thoughts. 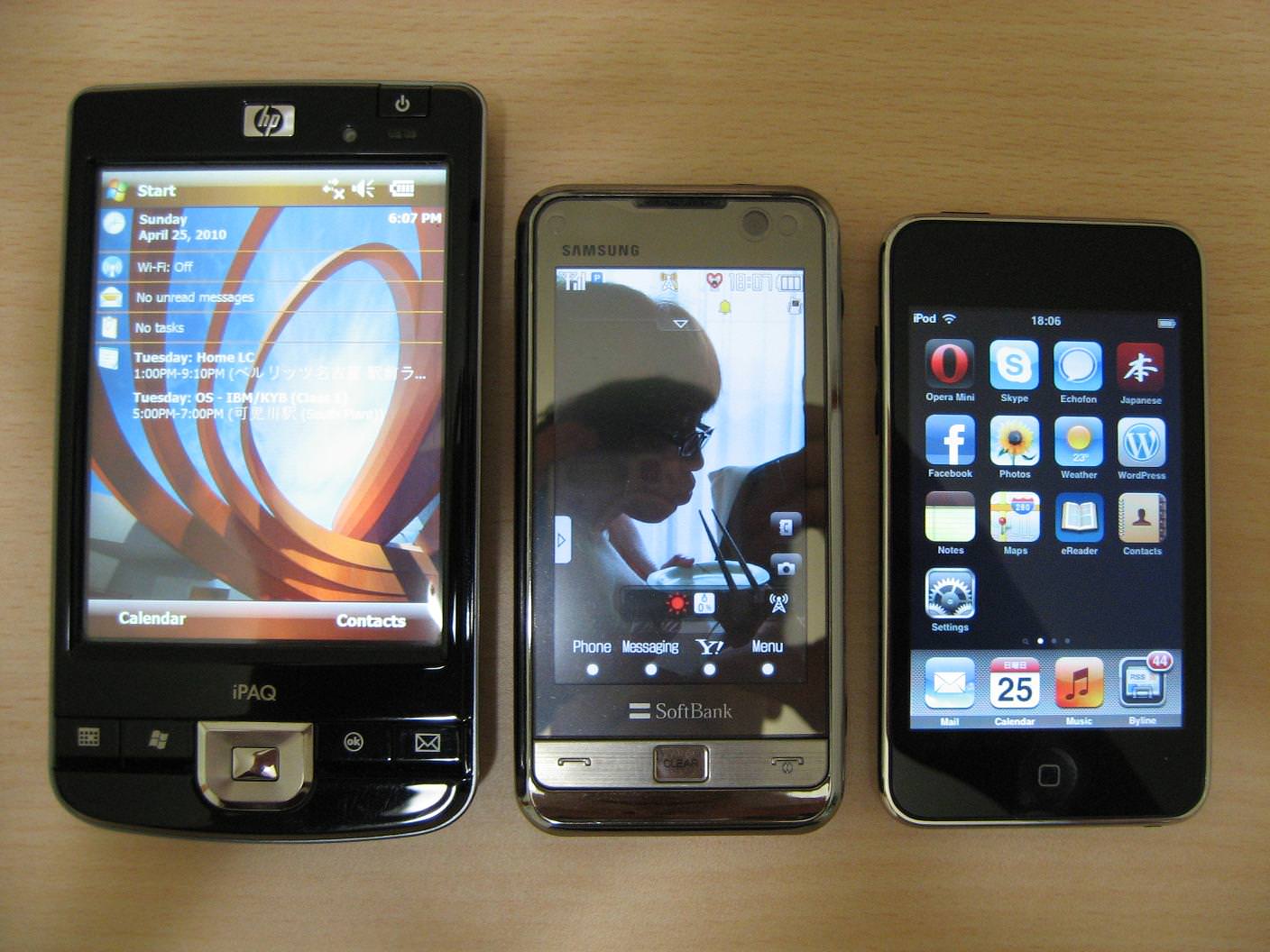