Taking It One Step Further

At the end of November I claimed success when I reached an accumulated score of 10,000円 in the classic game of Solitaire.  However, despite saying that I'd set the game aside and spend more time doing other things, I cannot stop there.  So, since hitting the 10,000円 mark, the game has been taken one step further: 20,000円.

The nice thing about playing this game on a Windows Mobile device is that, unlike the PC version, we cannot use any keyboard cheats to get ahead in the game.  Every game is played Vegas Style with 3 card draw.  Anything less would be … well … boring.

So, after an incredible number of games, and a hideous losing streak that saw me lose 6,800円 before breaching 15,000円 just before Christmas, I'm happy to say that it is certainly possible to reach 20,000円. 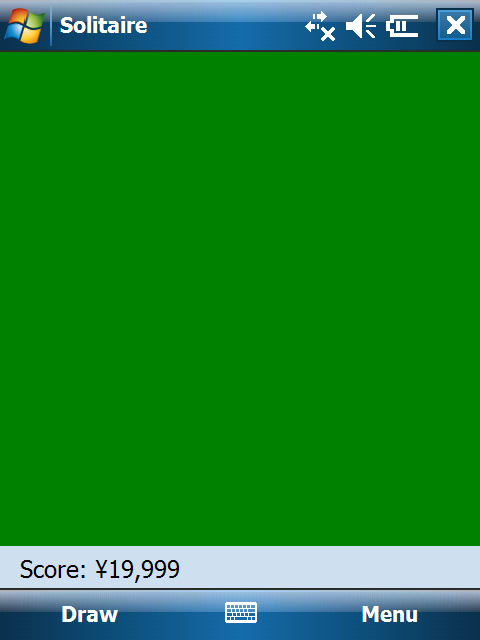 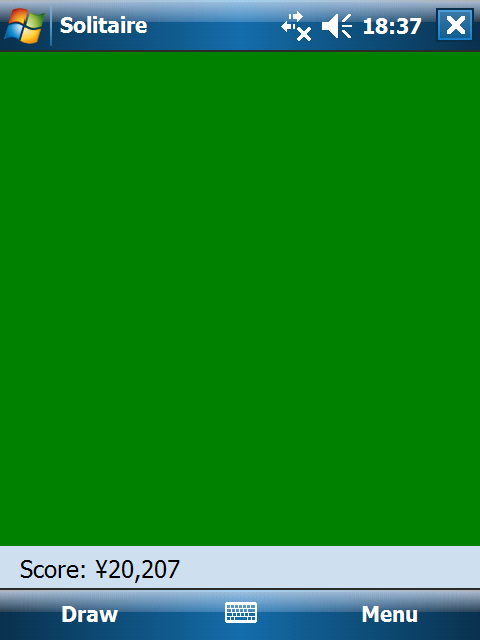 The new goal is to reach and surpass 32,767円.  Hopefully I'll be able to do this before March.  Who needs a Nintendo DS, PSP, or iPhone when the classics can be just as addictive and frustrating?